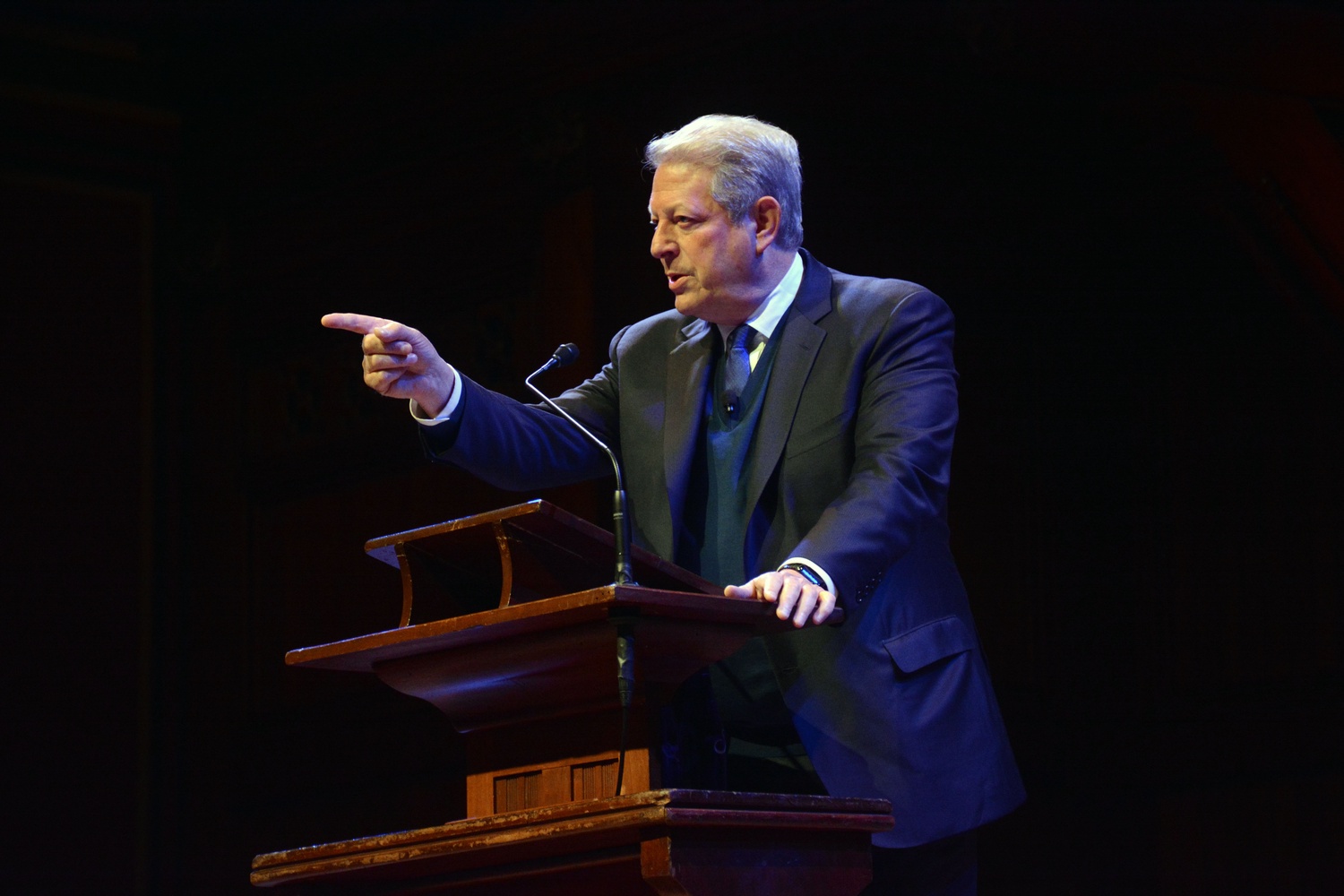 In almost fitting fashion, former Vice President and Nobel Laureate Al Gore ’69 drove from Manhattan after inclement weather cancelled his flight, and arrived only 20 minutes late to deliver his talk, “Confronting The Climate Crisis: Critical Roles for the US and China.”

Attendees said they were excited to hear what Gore had to say about the economics and politics of climate change.

“I admire him enormously, but at the same time I’m stressed [about the] way that climate change has become so politicized in this country,” Blue Magruder, an attendee and director of communications and marketing for the Harvard Museums of Science and Culture, said.

Gore said that given current trends in temperatures, natural disasters, and atmospheric composition, the answer to these questions is yes.

Gore also emphasized China’s role in the increasing adoption of renewable energy. He said China now produces a third of global wind energy and is rapidly expanding in the photovoltaic industry.

“China has announced the most ambitious renewable goals of practically anybody,” Gore said.

Gore also argued that effecting holistic change requires collaboration across political and ideological lines. He said now is the best time to build sustainable infrastructure, arguing that such ventures would create jobs.

“Is there a better time...to invest in decarbonizing our economy?” Gore asked the audience.

Overall, Gore maintained an optimistic view of global sustainability, asserting that society will ultimately win “the battle” against climate change.

“The movement to rooftop-based and utility scale photovoltaics is the future, supplemented by wind, supplemented by batteries, accelerated by the variety of efficiency improvements,” he said.

Catlin Powers, CEO of One Earth Designs and a research fellow at the School of Public Health, said she enjoyed the talk, but said there are still questionsover how to best combat climate change.

“We have some good solutions out there, but we need to address technical challenges in energy storage and we also need better, faster ways of scaling successful solutions,” Powers said.