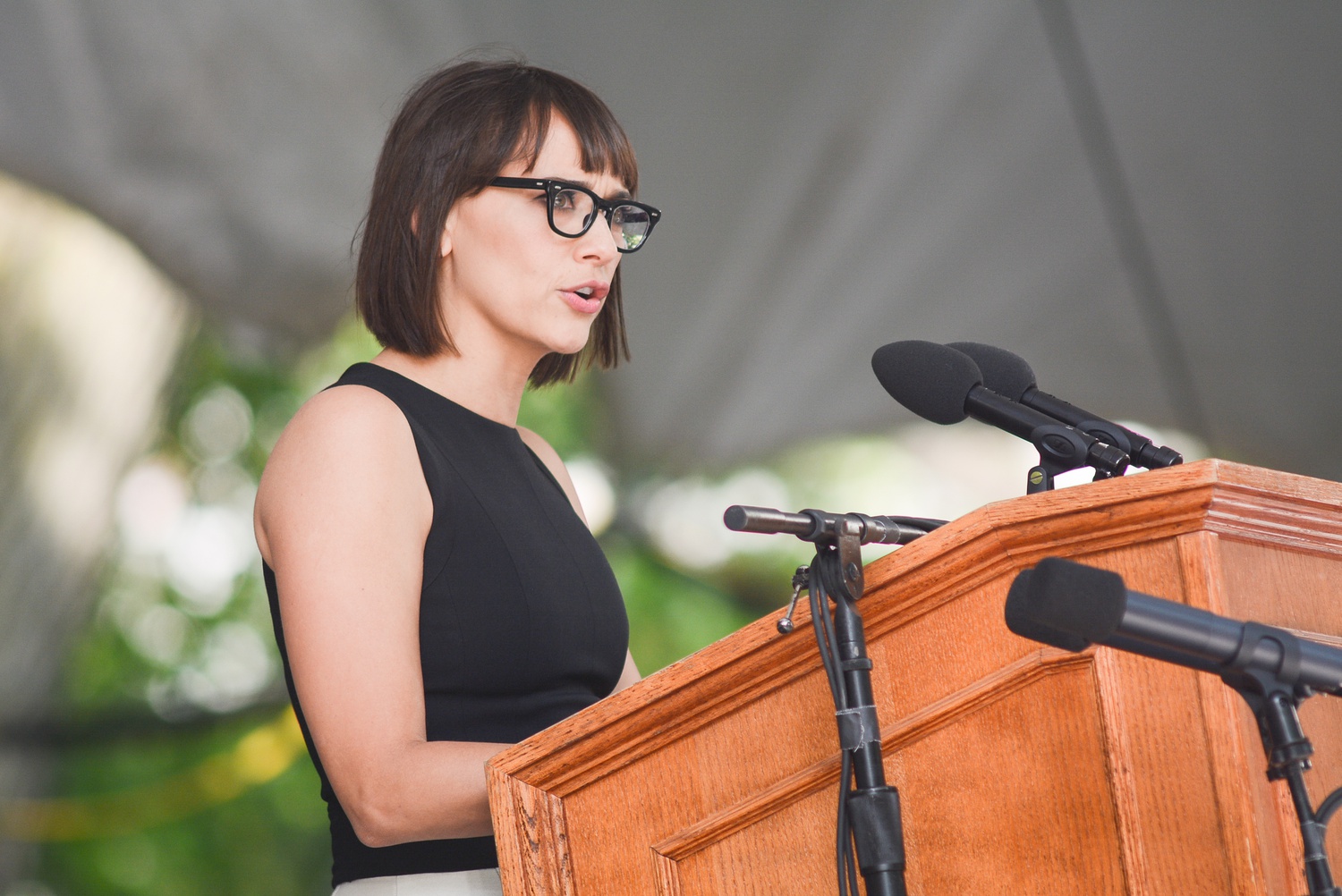 Actress Rashida L. Jones ’97, best known for her roles in TV sitcoms “The Office” and “Parks and Recreation,” mixed lighthearted memories of her time at Harvard with a call for political action in her speech at the Class of 2016’s Class Day Exercises.

Jones noted she is the first “second-generation” Class Day speaker, after her father, legendary record producer Quincy Jones, who spoke at her own Class Day in 1997. She began her speech by recounting memories from college she said have lasted a lifetime, from napping backstage in Sanders Theater as a member of a capella group the Opportunes, to napping in Lamont library. 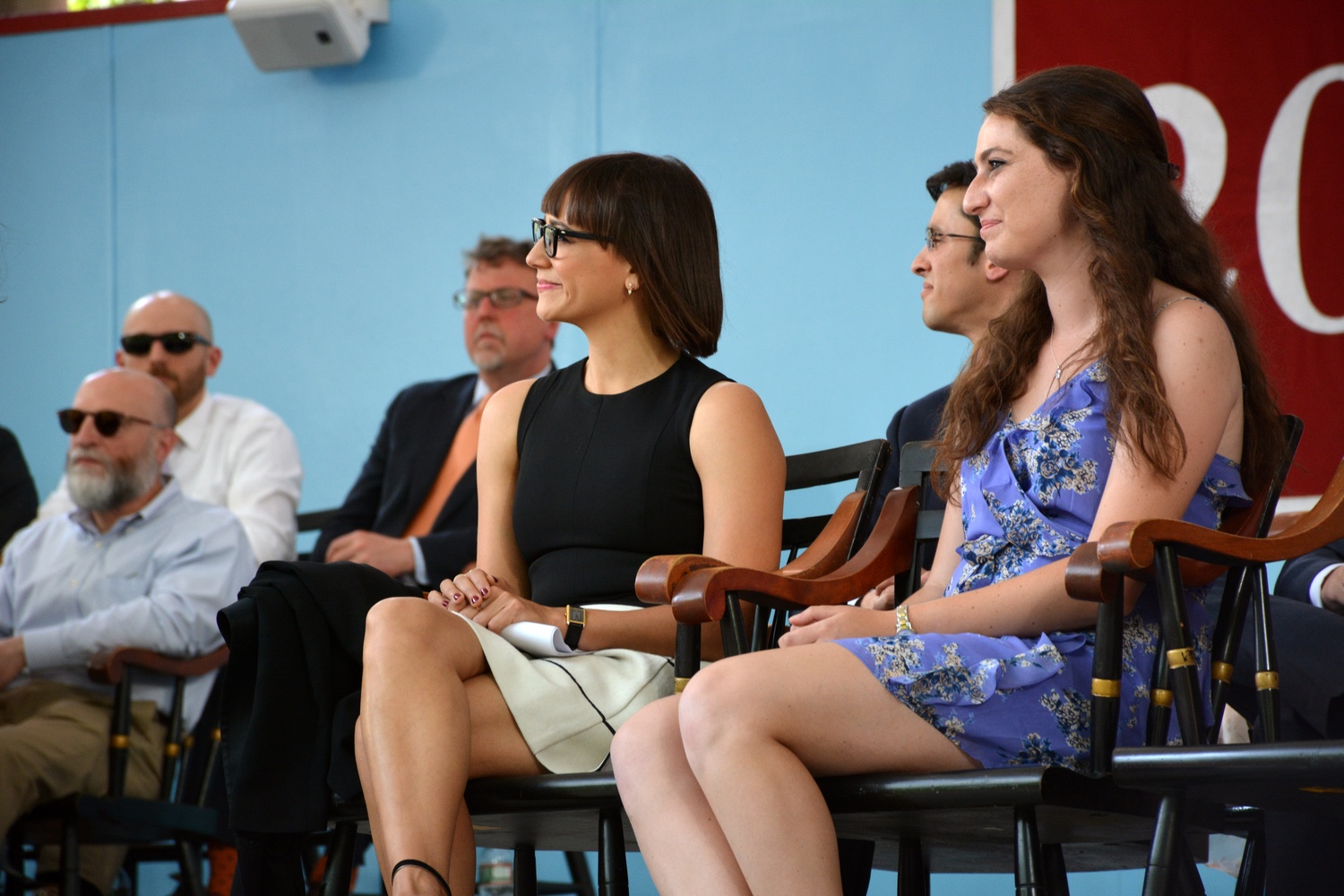 Her speech took on a more serious tone as she gave advice to the graduating class. She encouraged changing certain historical precedents at Harvard, specifically calling on the Hasty Pudding Theatricals—which has an all-male theater cast—to include women. In September, a group of women auditioned for the annual production in protest, although the theater organization decided to remain all-male. Jones was a member of the Hasty Pudding Theatricals while at Harvard. 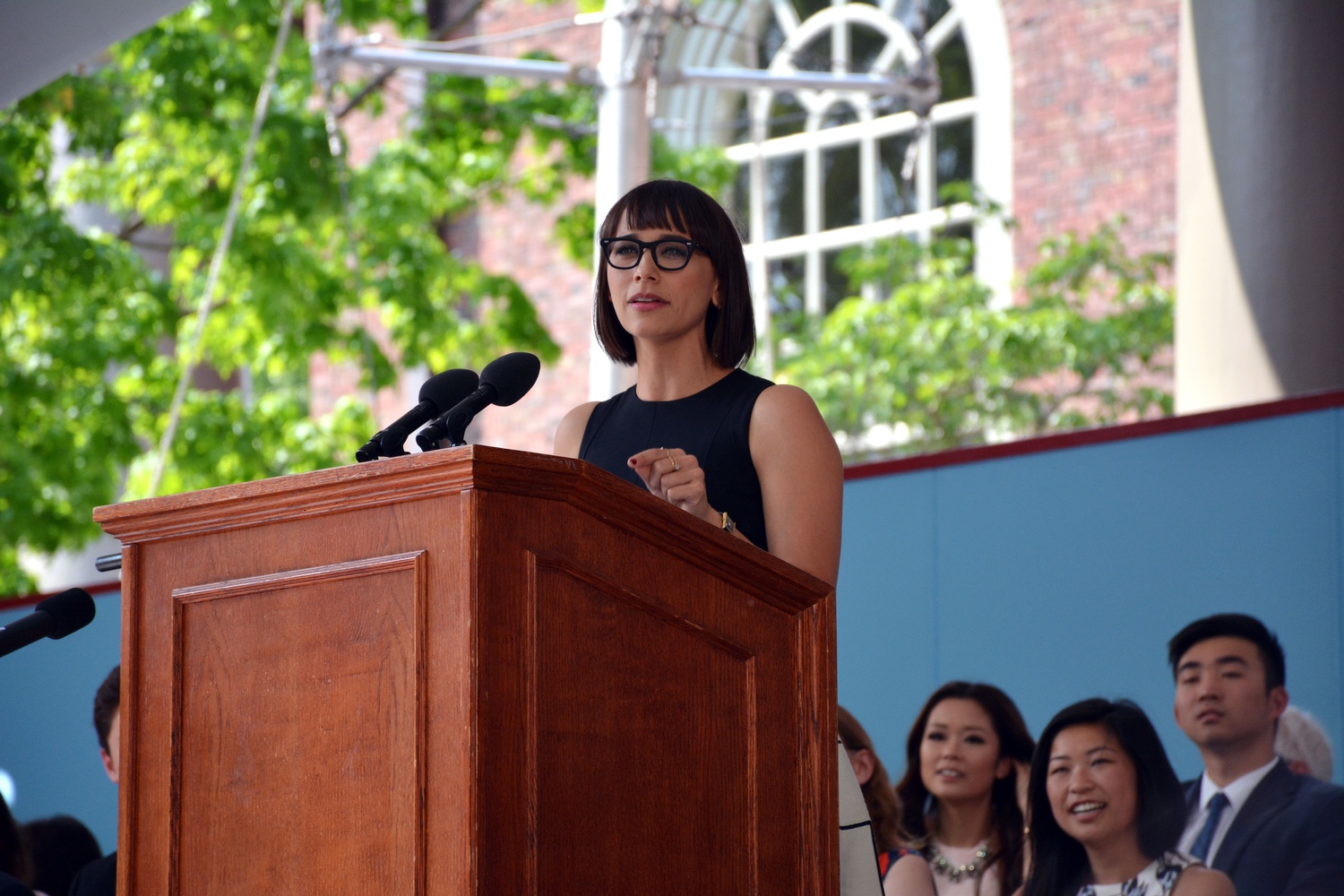 Rashida L. Jones '97 addresses the Class of 2016 at the College Class Day. Referencing a Crimson article in which she was quoted in 1995, she advised the Class of 2016 to pull the lever on the Froyo machine of life. By Megan M. Ross

Jones also focused on national issues. She said that although celebrities are often told to “shut up” about politics, she believes there is too much at stake in the current election cycle for her to stay silent.

“Young unarmed black men are being killed in record numbers. States are passing laws that are systematically stripping away reproductive rights. A presidential candidate is encouraging his supporters to be violent and racist,” she said. “While we’re distracted with pretty Instagram shots of coffee and celebrity breakups, our freedoms are at risk of slipping away.”

Before Jones took the stage, Dean of the College Rakesh Khurana also called for changing certain traditions as Harvard moves into the future. Earlier this month, Khurana recommended sweeping penalties on members of single-gender social organizations that will prevent future members from leading campus organizations and receiving College endorsement on top fellowships. Harvard President Drew G. Faust accepted the recommendations in her announcement of the policy.

Although Khurana did not mention the sanctions, he stressed the need for “inclusivity and belonging” at Harvard. The path towards a more inclusive modern-day College has “oftentimes been rocky” and was made possible “ by people seeking to balance tradition and change,” Khurana said.

Between Khurana and Jones, former Republican Club President Aaron I. Henricks ’16 gave the traditionally humorous Ivy Oration. Henricks poked fun at the social club sanctions and the membership changes instituted by some final clubs over the past year. 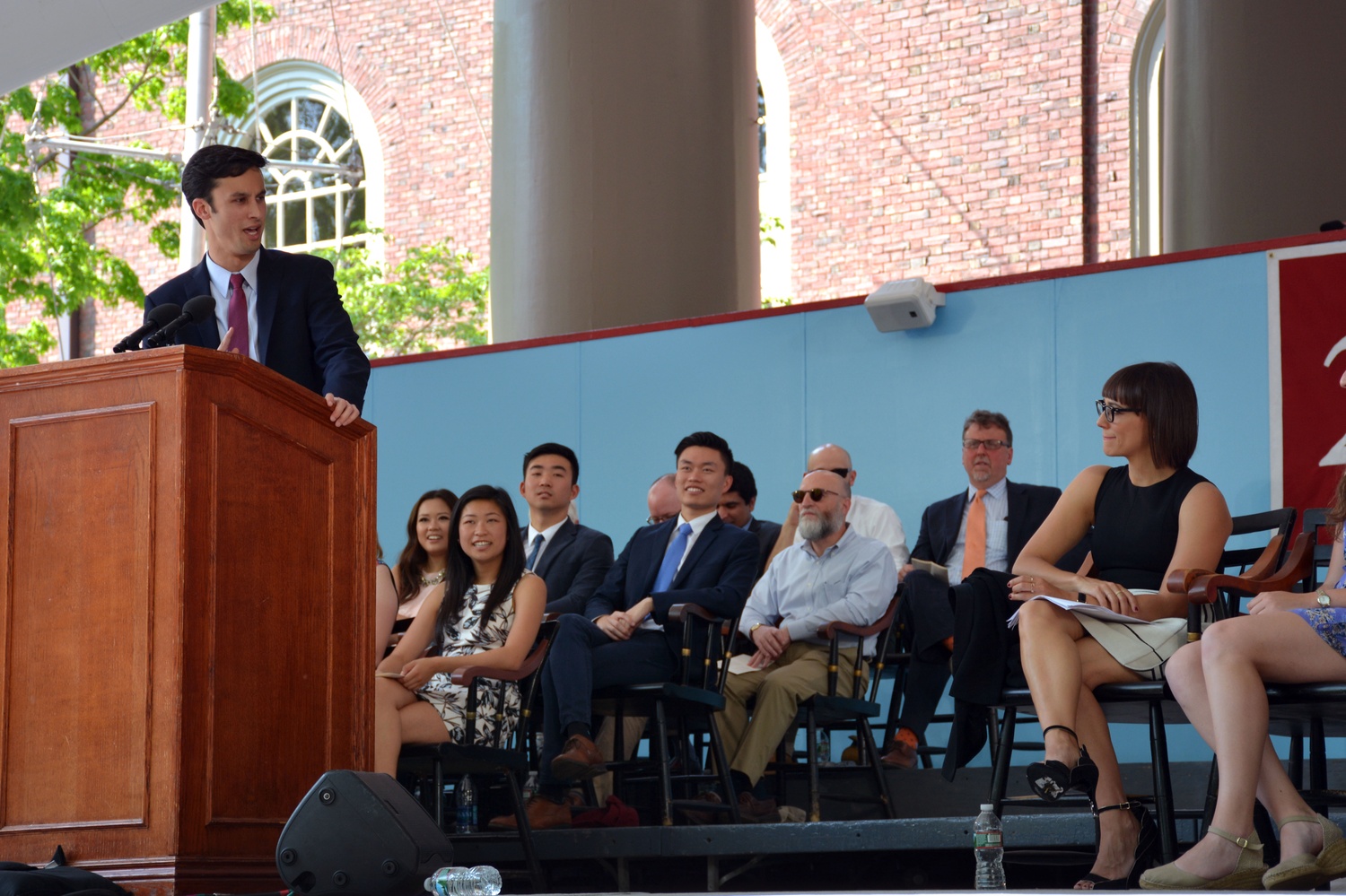 Ivy orator Aaron I. Henricks '16 delivers his speech at the College Class Day. "No on is better at playing the friends of funny people than you are," he said to Class Day Speaker Rashida L. Jones '97, referencing her career which includes playing Leslie Knope's best friend Ann Perkins on 'Parks and Recreation'. By Megan M. Ross

At the beginning of his speech, Henricks invited the graduating class to join him on a trip to Mars, where they would be “disrupting the path and inspiring countless generations to come.”

Henricks also took a moment to directly ask Khurana, who was seated on stage nearby, a question about the single-gender social organization sanctions.

“Do these sanctions apply to my bedroom?” Henricks asked. “Because it’s been single-sex exclusive for four years now.”