Spielberg Calls On Graduates To Follow ‘Intuition’ in Commencement Speech 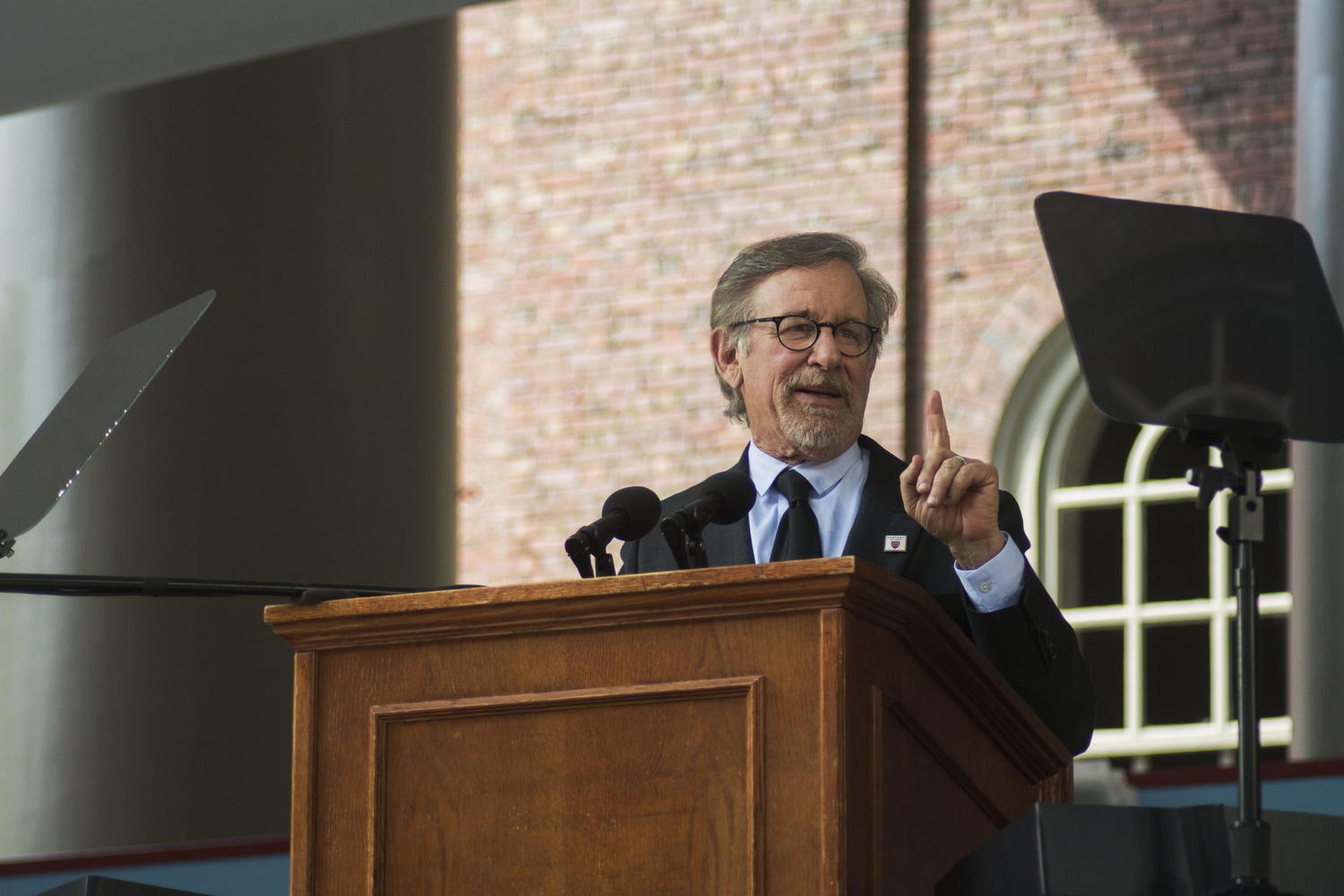 Steven Spielberg speaks to the Harvard Alumni Association and members of the Class of 2016 during his Commencement address Thursday. By Sidni M. Frederick
By Andrew M. Duehren and Daphne C. Thompson, Crimson Staff Writers

In a wide-ranging and “unapologetically sentimental” Commencement address, filmmaker Steven Spielberg reflected on his own career in cinema and challenged Harvard’s most recent graduates to follow their intuition, find someone to love, and fight hatred through human connection.

“I realized that a movie could also be a mission,” he said. “I hope all of you find that sense of mission. Don’t turn away from what’s painful. Examine it. Challenge it.”

Spielberg—renowned for films including Jaws, the Indiana Jones series, and Jurassic Park—opened his address by congratulating the recent graduates gathered in Tercentenary Theatre and recalling his own long-delayed graduation: he dropped out of college in 1968, before completing his degree more than 30 years later.

“They gave me course credit in paleontology for the work I did on Jurassic Park,” Spielberg joked.

Decrying the proliferation of phone and computer screens, Spielberg then encouraged everyone in the audience to turn to someone new and make eye contact, drawing nervous laughter and a few handshakes.

“That emotion you’re feeling is our shared humanity, mixed in with a little social discomfort,” Spielberg said. “But if you remember nothing else from today, I hope you remember this moment of human connection, and I hope you had a lot of that over the past four years.”

Continuing the theme of connection, Spielberg encouraged the Class of 2016 to fall in love and hold onto friendships. He criticized hatred, calling for the “villains” of the world to be vanquished with “more humanity.”

“To me, and I think to all of you, the only answer to more hate is more humanity. We have to replace fear with curiosity,” he said. “We’ll find the ‘we’ by connecting with each other and believing we’re members of the same tribe, and feeling empathy for every soul.”

“Even Yalies,” he added.

Spielberg, many of whose films are historical period dramas, also stressed the importance of studying and understanding history to the graduates and wished students a “Hollywood-style happy ending.”

“I hope you outrun the T-Rex, catch the criminal, and—for your parents’ sake—maybe, every now and then, just like E.T., go home,” he said to finish his address.