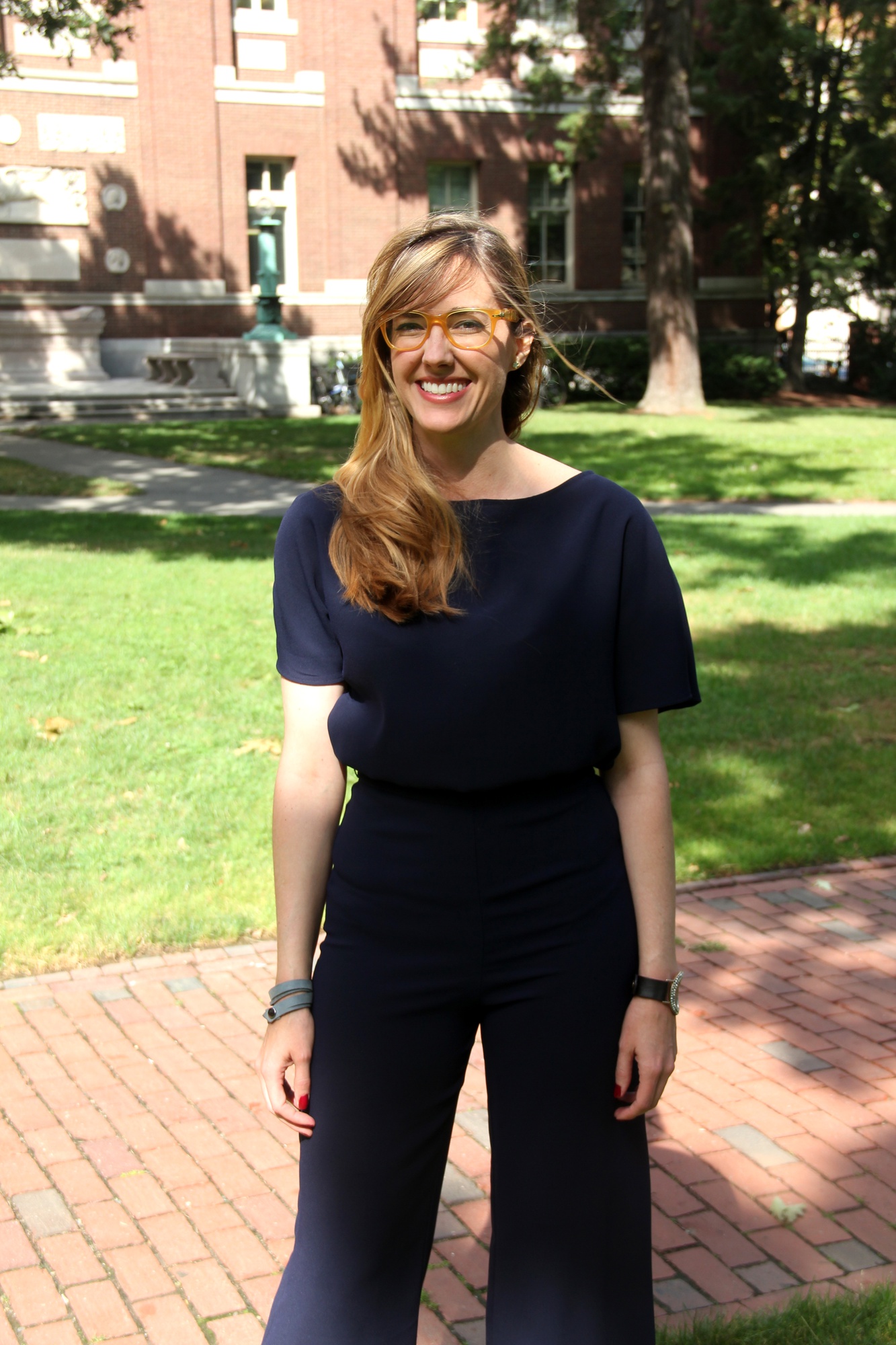 Dr. Beth A. Altringer spent her Labor Day weekend helping run a public library—at the Burning Man festival in the middle of Nevada’s Black Rock Desert. “I love the creativity of it,” she explains.

Altringer spends most of her time fostering and supporting creativity. She teaches two courses in conjunction with the College and the Graduate School of Design, focused on creating products that are not only desirable for a mass market, but also designed for an optimal emotional experience.

“Designers need to be educated with a lot of what we know from social and organizational psychology. Not just designers, but also engineers,” she says. “Their ideas don’t necessarily speak for themselves. A good idea doesn’t necessarily negotiate for itself.”

Per her suggestion, I meet with Altringer on a balmy afternoon in the Leverett House courtyard. She plays with a fallen leaf as she explains a bit about her background.

“I wanted to be an architect since I was eight years old and I used to, actually, as a kid, make little blueprints that my parents still have,” she says.

Altringer eventually decided to broaden her interests by double majoring in psychology and economics in college. She then furthered her education by studying around the world, in the Czech Republic, Chile, Spain, and South Africa.

Through these travels, she honed what she believes are the qualities of an effective designer.

“In order to be a really good designer at the global level you can’t separate these two things: If you just create your product and don’t engage with the complexity of interpersonal challenges, then your product doesn’t go anywhere,” she says.

“We’re learning together—it gets us away from this very instructor-centric model where I have all the answers and I’m waiting for them to catch up, in a way. So, there’s this mutual discovery that I like to have in the classroom,” Altringer explains.

Altringer pulls out her laptop and shows me pictures from one challenge: creating 3D-printed headphones and accompanying music for anxiety reduction. Student projects included a cloud-shaped, rainbow set and a pair that could only be worn laying down.

While she has her computer out, she shows me some of her ventures outside the classroom.

“I try to walk the walk that I’m encouraging students to walk,” she says. Though Altringer describes herself as a “shy” person, “I like to be in the action,” she tells me.

Altringer’s current projects include turning her class into an interactive website and working with a robotics company. “For fun,” she is developing a software for flavor optimization, or helping people understand what tastes they like and dislike and why.

“Even though the stuff I do is very diverse, it’s all kind of the same stuff, I’m very interested in the emotional design of things and often the interactivity,” she says as she shows me the site. “So even this, it’s about how I want to get at the essence of what does an avocado taste like, and I’m interested in the interactivity of an avocado combined with something else.”

As varied as it may be, Altringer is excited about her work within and outside of Harvard. “In 2007, I applied for something and there’s this paragraph where I said what I hoped would be my career in the future, and it was continuing to work with companies and turning that into new curriculum for students,” she tells me. “It’s kind of exactly what I do today.”