Nearly 600 workers voted in favor of going on strike should Harvard not comply with their demands. 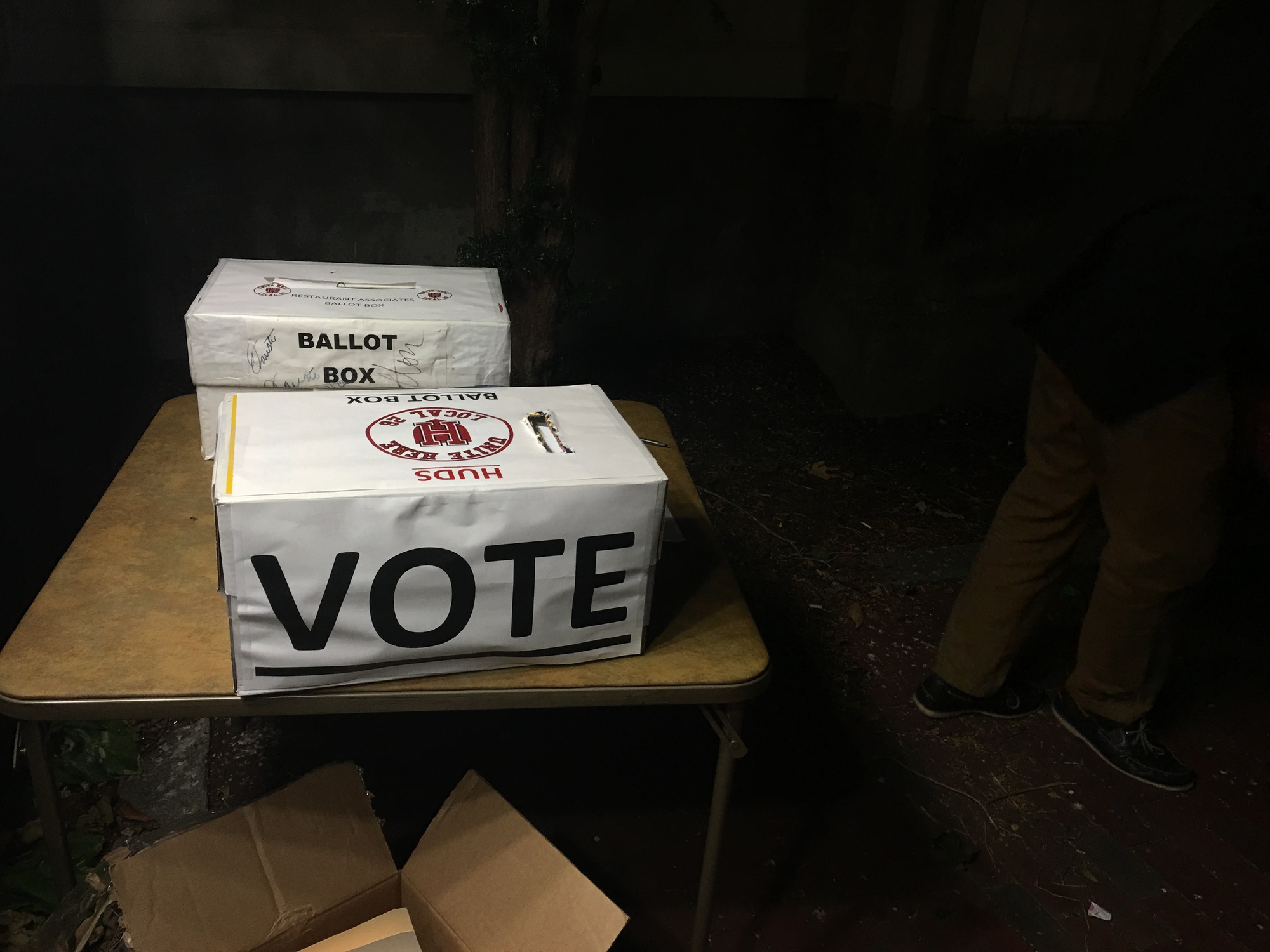 Harvard’s dining service employees voted 97 percent in favor of authorizing a strike should the University not comply with their demands of increased minimum salaries and more affordable health care benefits, according to Tiffany Ten Eyck, their union’s spokesperson.

A strike, though, would not be immediate, said Michael Kramer, the lead negotiator for Local 26, the Boston-based bargaining unit that represents HUDS.

“In two weeks, if we haven’t reached a just agreement, our members are ready to strike,” Kramer said, addressing a crowd of workers gathered in front of the Graduate School of Education’s Gutman library Friday morning to announce the results of yesterday’s vote.

A total of 609 ballots were cast in Thursday’s vote, with 591 “yes” votes and 18 “no,” Kramer said. Harvard and its dining workers will bargain today, the last negotiation session before the union’s contract expires on Saturday. An additional bargaining session is scheduled for Sept. 27, at which a federal mediator will be present to facilitate the contract talks. 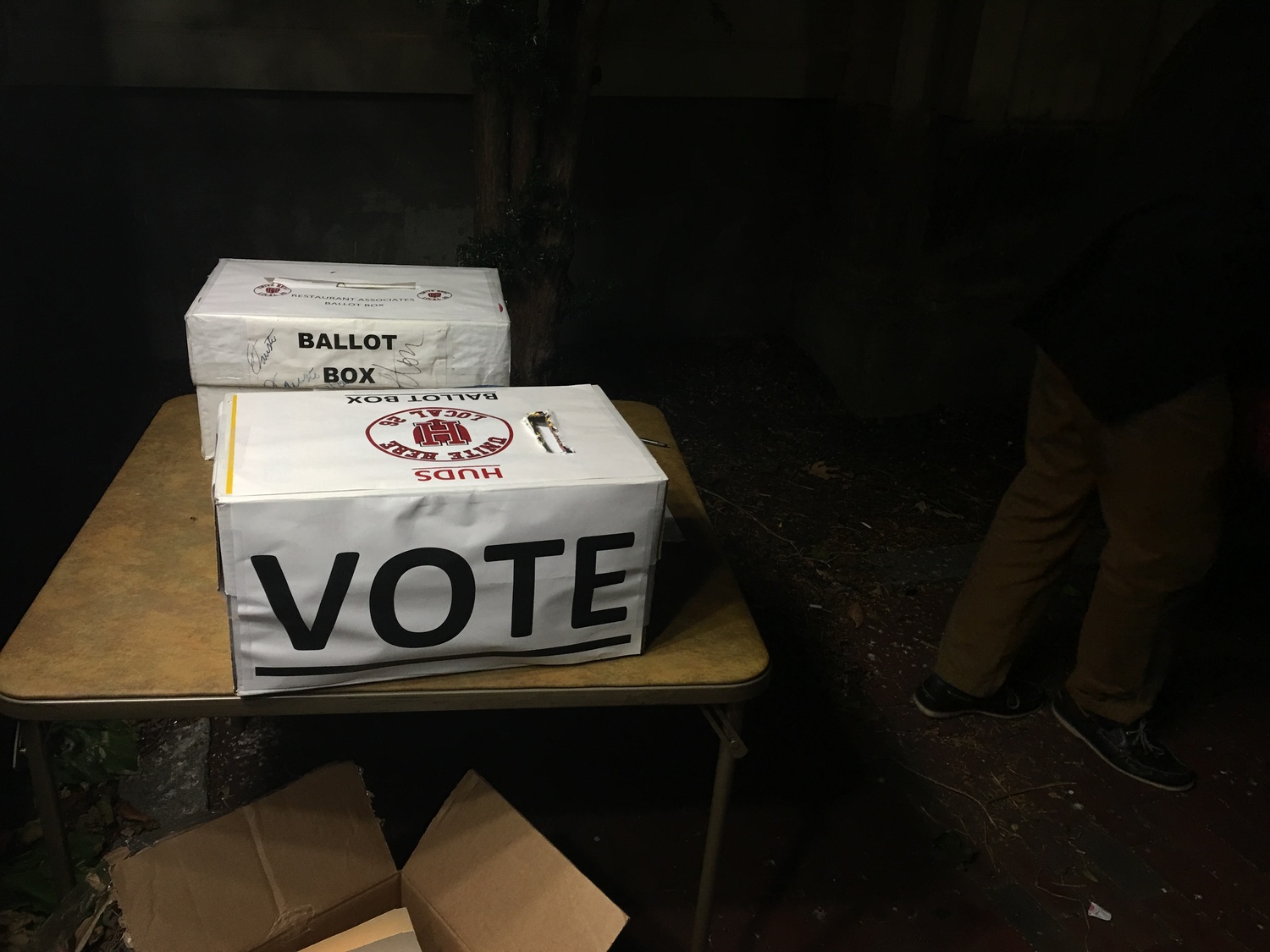 A ballot box at Thursday's vote. By Suproteem K. Sarkar

Workers have demanded that the University extend year-round work to interested employees and set “minimum guaranteed salary” of $35,000 for those workers.

Tania deLuzuriaga, a University spokesperson, reiterated in a statement Friday that Harvard “deeply values the work of its dining staff." DeLuzuriaga specifically referenced the average tenure of a dining services worker—12 years—as a “testament to the quality of work opportunities” available at Harvard.

Crista Martin, spokesperson for HUDS, wrote in a statement Monday that the University has a “contingency plan to ensure a minimum of disruption for the community” if employees go on strike, but said she would not share specific details unless the workers strike.

Several members of the Student Labor Action Movement—an undergraduate group that has supported several campus unions during their respective negotiations—were also present at the announcement. Anwar Omeish ’19, a member of SLAM, said a petition the organization circulated in support of HUDS’s decision to strike had garnered more than 2,400 signatures.