MFA Kicks Off Season of Contemporary Art With Packed Overnight 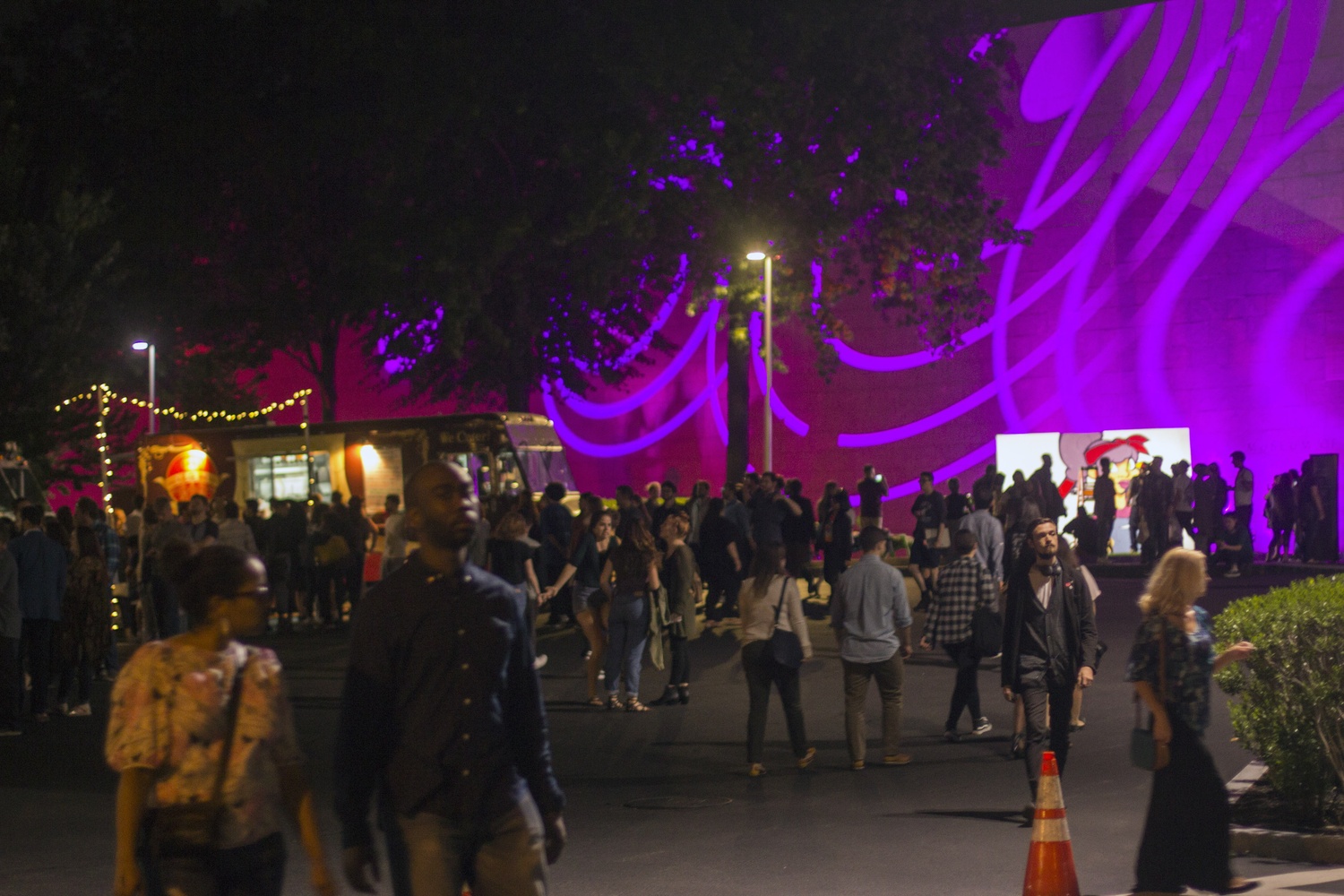 On Saturday, Boston’s Museum of Fine Arts hosted its first #mfaNOW event, an all-night celebration of contemporary art intended to draw in the city’s younger crowd. Lines to enter the museum snaked around the block, and some patrons waited for over an hour. The party ran from 6 p.m. on Saturday to 9 a.m. the following morning, and the galleries remained full long into the morning. A highlight of the program was Christian Marclay’s 24-hour-long video work “The Clock,” a montage of views of different clocks and watches showing every minute of an entire day that, by the artist’s stipulation, must be viewed in real time: An overnight at the museum is thus the only time most people will ever see the portions of the video running between 5 p.m. and 9 a.m.

Oftentimes, museums are as quiet as churches, but on Saturday music from several DJs pulsed through the MFA’s contemporary art wing. One of the museum’s restaurants became a dance floor, while other spaces transformed into studios where attendees could make their own collages inspired by the museum’s current exhibition of works by artist and writer Frances Stark. Outside on the MFA’s lawns, Linda Apple, director of volunteer and community engagement at the MFA, presided over live performance art and graffiti-making. Later on in the night, tired museum-goers rested outdoors on inflatable cushions in the warm September night. “We wanted to get a younger audience into the museum,” she said. “The Frances Stark collage exhibition is really geared toward that [demographic]….It’s very cool, and I think it has a very interesting vibe that will appeal to a younger audience.” Amid the bustle of the crowd and synth-driven bass music, there was little sign of what Apple called the museum’s core audience: visitors 40 and older who belong the MFA’s membership program.

Many of the younger visitors at the all-night party, however, said that they also visit the museum on calmer days. Monica Ricci, a senior at University of Massachusetts Boston studying criminal justice, and Amanda Veriano, a junior at Bunker Hill Community College studying nursing, both spend time at the museum throughout the year. “I’m a regular,” Veriano says. “I usually come to the museum two or three times a semester depending on the exhibits they have, but I didn’t think there would be so many people here today. It’s not normally this”—Veriano searches for an adjective—“popping.” Ricci said that she enjoyed Saturday night’s programming. “I feel like more museums should have events like this, because it’s a great way to attract people,” she said.