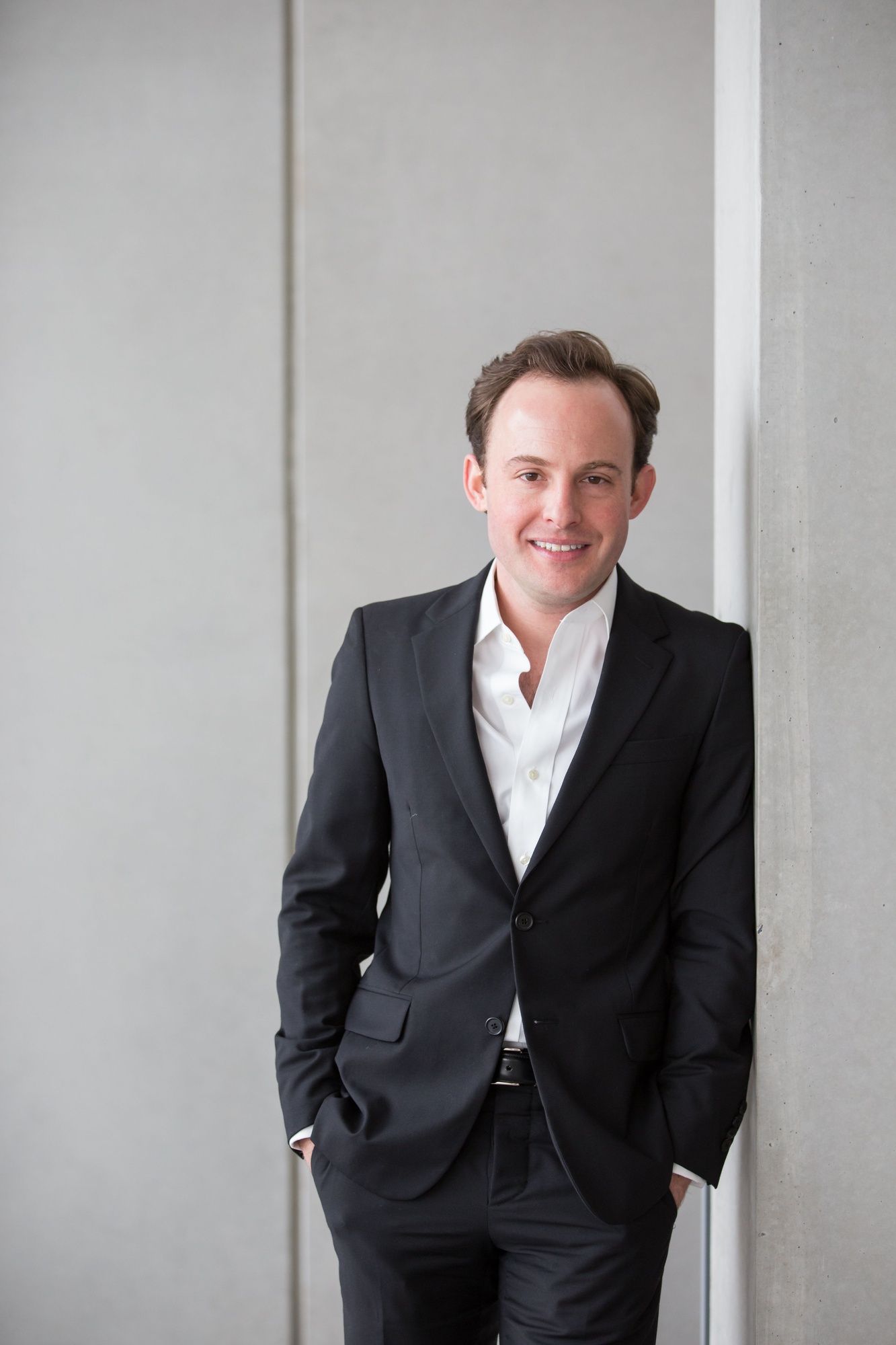 Scott Rothkopf ’99, chief curator at the Whitney Museum of American Art in New York, began his career in art history at Harvard, where he received his undergraduate and graduate degrees, curated exhibitions at the Harvard Art Museums, and wrote art criticism for the The Crimson. Since joining the Whitney in 2009, Rothkopf has organized exhibitions of the work of Mary Heilmann, Jeff Koons, Wade Guyton, Glenn Ligon, and others. James Cuno, former director of the Harvard Art Museums and now president of the J. Paul Getty Trust, has called him “the leading contemporary art curator of his generation.” Last week, Rothkopf talked to The Crimson about his student days, his passion for art and museums, and his current work at the Whitney. 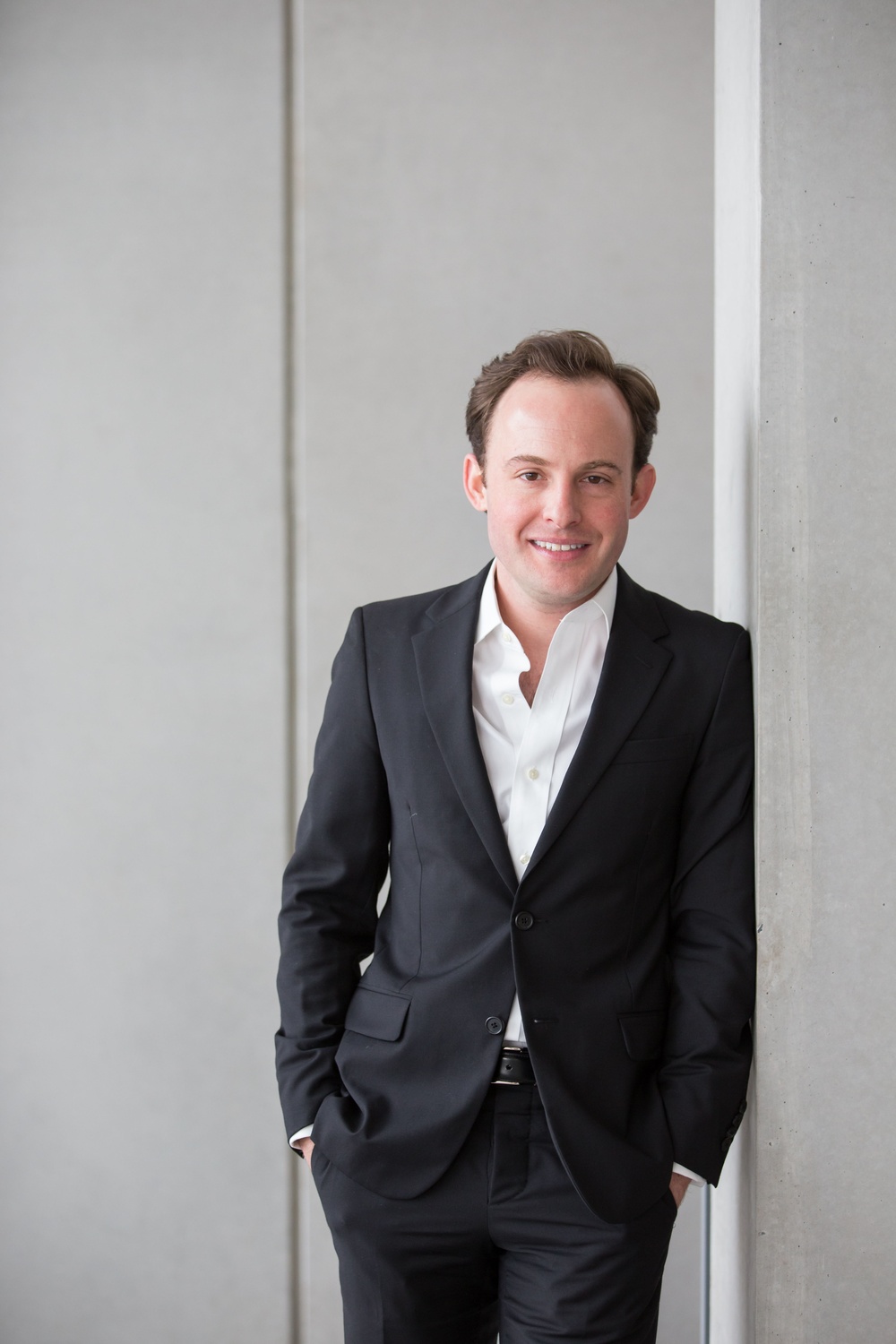 By Courtesy of Scott Rudd/ Whitney Museum of American Art

The Harvard Crimson: How did you come to be where you are? What drew you to art history?

Scott Rothkopf: I was always drawn to art, since I was a little boy. That began with a fixation on the architect Frank Lloyd Wright, when I was probably nine or ten years old. Later my interest migrated more toward visual art: painting, sculpture, photography. But it’s been a lifelong passion of mine. I think it wasn’t until I showed up at college that I understood that this was actually a discipline that you could study. Although I knew a little bit about art history, it was my freshman year [of] taking classes in the art history department, that was really an earth-shattering revelation to me. I was exposed to so many kinds of artists and so many new ideas about art. So I give Harvard a lot of credit in helping to turn me into an art historian at that stage.

THC: And how did you decide that museum work was where you wanted to take that interest?

SR: One of the things that was most exciting about studying art history at Harvard was being around so many great works of art at the Fogg and having access to so much curatorial expertise. I very soon fell in love with the idea of museum work. I didn’t know exactly what that meant, and at times I also considered becoming a professor. But in graduate school I really expected that I would become a curator, and it was actually something of a surprise to myself that my first job out of school was as a senior editor at “Artforum” magazine, where I had been writing reviews. I ended up spending six years on the editorial side, at an art publication, before transitioning back to museum work at the Whitney.

THC: What do you find so compelling about museum work and museum spaces?

SR: One of the reasons I like working in museums is that I love being around art objects, as corny as that sounds. I don’t have the financial resources to live with them in my daily life, so this job gives me proximity to all of these things that give me great pleasure, that challenge me, that inspire me. And I love sharing that with our audiences. And I use that word audiences in the plural, to indicate that I’m aware that many different kinds of people come to the Whitney, whether as schoolchildren or artists or tourists from abroad. I could work in a gallery or an auction house, and I understand those roles too. But for me museum work has a missionary quality, to the extent that I’m doing a public service in bringing these works to the attention of the public, sharing them with people who, like me, couldn’t otherwise afford them, and caring for them for future generations.

SR: There are a lot of different factors and different kinds of exhibitions. For me, one component of all of shows that I do is really thinking about the sense of experience that a person has in the galleries. Often a mistake that people who are art historians make when they come into curating is just to think about these works as elements in an argument that could happen outside of time and space. What’s unique about the museum experience, what’s different from the space of art criticism or from writing a book, is that you’re actually encountering this narrative in the physical setting. I want people when they move through my exhibitions to have a real sense of surprise, maybe a sense of drama, maybe a sense of quiet, or a moment when they’re challenged. They can feel things at all different emotional and perceptual pitches. I think a lot about architecture and space when I bring works of art together and about how these objects speak to one another. I also like to think about storytelling in my shows, such that there is a quality when you walk into a gallery that you can intuit instantly, without having to read the labels on the walls. You can just see this conversation among the works happening all around you.

THC: I saw in our archives that you wrote for The Crimson while at Harvard, and in a 1997 review of the Whitney Biennial, you wrote, “It may be impossible to [put a finger on] the zeitgeist of contemporary art, but lucky for us the Whitney Museum would rather die than give up trying.” Now that you’re at the Whitney Museum, how would you answer the question of who are some of the artists responding to the contemporary situation, whatever that may be, in compelling ways?

SR [laughs]: I feel so old, having you read that back to me! Thankfully, I’m not curating the Whitney Biennial, although I am leading the advisory team, so I don’t have to be the one to define the zeitgeist for the museum in that way. There are so many great talents who are emerging right now or are due for recognition at mid-career. We’ve had an amazing time with our emerging artist series showcasing artists like Rachel Rose and Jared Madere and Njideka Crosby. These may not be artists who are well-known to your readers, but they have helped ignite our emerging artist program. I’m working on a show right now with an artist called Laura Owens, who’s in her forties, for a “mid-career” survey of her work from the last twenty years. When I go to younger artists’ studios, artists who are in their twenties and thirties, I often ask them who are artists older than them who they are looking at. Laura was someone who kept coming up in conversations with artists who are ten to twenty years younger than her. Sometimes you’re guided toward exhibition ideas by the arts community itself, and I always find that an interesting way to land on people.

THC: Could you speak more about that, about the relationship between a museum of contemporary art and living artists?

SR: It varies from museum to museum, but the Whitney has always had a very close relationship with living artists. It was founded by an artist: Our founder Gertrude Vanderbilt Whitney, in addition to being an heiress, was also a sculptor. She founded the museum at a time when American artists were stuck between two problematic categories: On the one hand, compared to the European avant-garde in the early twentieth century they were rather conservative, but on the other hand, those artists who were trying new things in their work were disparaged by the more academic art community in New York. This museum since its founding had always had a commitment to showing and buying the work of living artists. It’s great to work in a place that takes that mission so seriously, that can be a space for debate, that often shows work before it’s been proven, and that brings to the public’s attention the work of younger artists or even older artists who didn’t get the recognition they deserve.

SR: I think that divide is actually a little less than it was twenty years ago. When I was in school in the nineties and early two thousands, there was, I think, a greater mistrust between museums and art history departments in general. This had come out of the debates of the sixties, seventies, and eighties, in which the academy really sought to critique the normative standards of museums as institutions that constructed meaning. There were canons being deconstructed and narratives being dismantled, and I think there was a sense of antagonism there that had emerged by the time I was in grad school and college. Now, I think, you find many museums opening themselves from within, and you find many museums courting curators who are well-trained in the very academic discourse that might [formerly] have threatened their existence. And I think you have many art history departments turning to thinking about the value of studying objects closely, the value of sending their students off to work in institutions like the Whitney as opposed to just the academy. I’m hopeful that there is a rapprochement that will grow stronger still.

THC: There’s also been a strong tradition of institutional critique, of deconstructing museums as institutions, in contemporary art for the last several decades. Have those ideas coming out of artists’ practices influenced the way curators and museum professionals are thinking about how to present work now?

SR: Oh, absolutely. First of all, the Whitney has a history of showing many of those artists. Hans Haacke is in our collection, and we recently invited Andrea Fraser to do a project at the museum. Michael Asher, before he died, won [the Whitney Museum’s] Bucksbaum prize. So we’ve embraced those artists and given them opportunities to show, but the way that our programs have been changed through those conversations has to do with making more manifest some of our funding structures, and I would say with dismantling or at least reconsidering some of the core narratives of American art. When you look at the opening exhibition at this museum, we tried to highlight many under-known figures. We were trying to be the most diverse that we could be in terms of artists, in terms of race and ethnicity, and in terms of including more women than had ever been the case. We also worked hard to combine mediums, not to insist on a hierarchy of painting and sculpture over prints or photography. We’ve also tried to integrate ephemeral and time-sensitive performance work into our exhibition program. These are all things that many of the artists who are engaged in institutional critique helped to call for. Interestingly, the project that Andrea Fraser participated in was called “Open Plan,” and that was a project where we gave five different artists essentially the entire fifth floor of the museum to use as they wished. That spirit of the curator stepping aside and the institution laying itself open to this kind of inquiry is, I think, one of the many legacies of institutional critique.

THC: Is there anything else you would like to add?

SR: I would just say, since the article is appearing in The Crimson, that really one of my most formative experiences in thinking about art was as an art critic at The Crimson. It was the first place where I felt like I had a forum for expressing my ideas and felt something like a grownup when it came to thinking about art or participating in the art world. This was in the late nineties before blogs and online publishing platforms were as common as they are today, and The Crimson gave me a real sense of responsibility, a sense of reaching audiences, and a place to cut my teeth. To this day I think that the experience of learning how to write there—and of convincing my sometimes skeptical editors that a show like the Whitney Biennial was worth covering in a student newspaper in Cambridge—was a great learning experience.