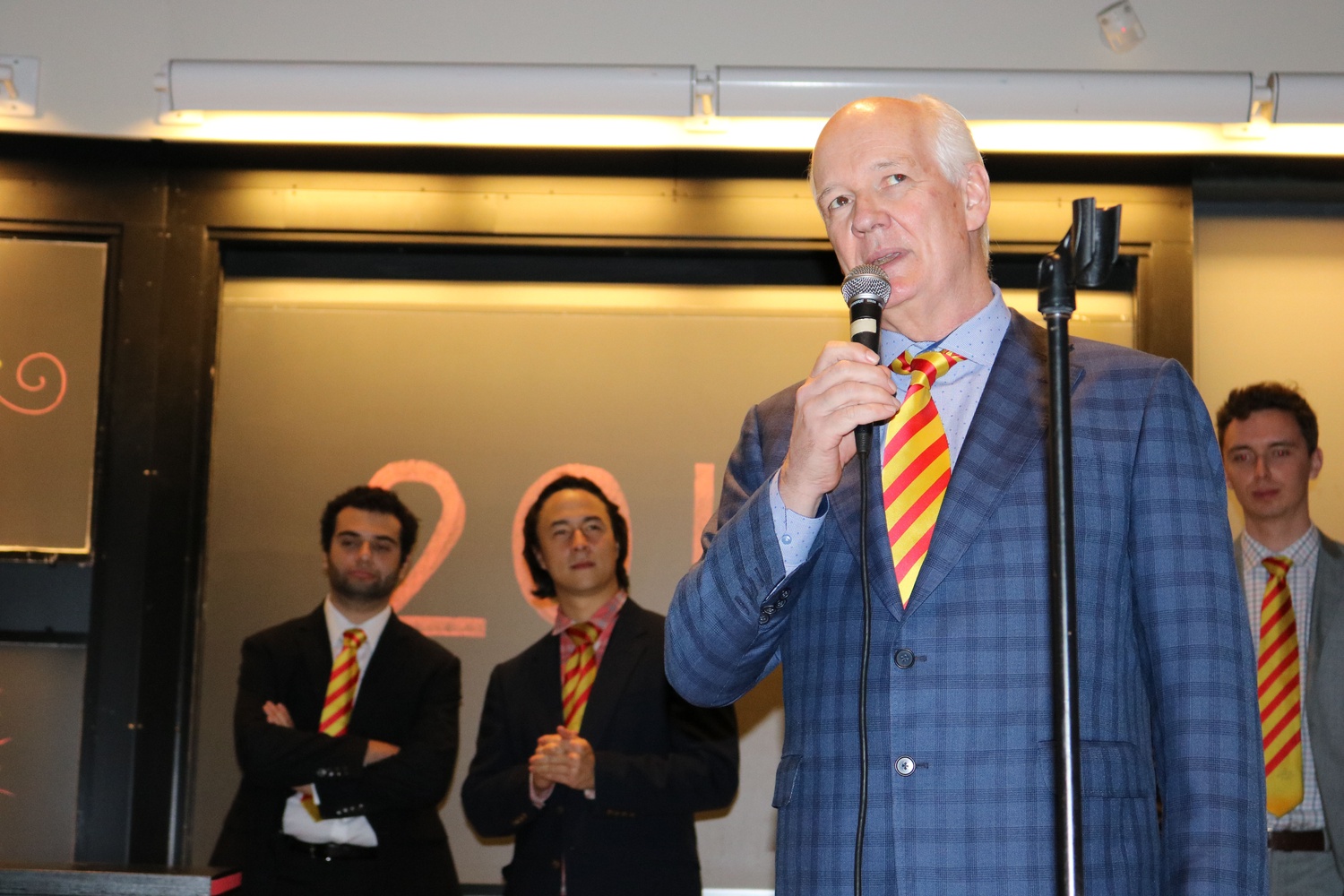 Comedian Colin A. Mochrie performs Sunday evening with the Immediate Gratification Players, one of Harvard's improvisational comedy troupes. The IGP invited Mochrie to perform as their 2017 Player of the Year, an award the troupe as been presenting to comedians since 2010. By Lauren A. Sierra
By Lauren A. Sierra, Crimson Staff Writer

Colin A. Mochrie, a Canadian comedian best known for his role on the show “Whose Line Is It Anyway?”, performed with Harvard’s Immediate Gratification Players Sunday night as the improvisational comedy troupe’s 2017 Player of the Year.

Mochrie has been a series regular on both the British and American versions of “Whose Line Is It Anyway?”, and will star in the fifth season of its revival on The CW this summer.

“He's the best and most well known improviser ever known,” said Adam S. Wong ‘17, one of the troupe’s players. “He can do everything. He can do the funny and he can be the funny.”

“Performing with him was definitely kind of a dream,” Wong continued.

At the beginning of the show, players presented Mochrie with a fake Harvard diploma, a Harvard sweatshirt, and the signature red and yellow tie worn by all members of the group during performances, declaring him an honorary member of the troupe.

The show was performed in “Armando” form, in which Mochrie performed monologues based on words suggested by audience members—including “liver,” “shoe,” and “lasagna”—then improvised skits with the full troupe inspired by the monologue. In his monologues, Mochrie reflected on his life and experience as a comedian.

Mochrie and the troupe put on the show to a large and lively crowd. Once seats filled up in the Science Center, students continued to seat themselves in the aisles of the lecture hall.

“It was a lot of fun,” said Anthony Munson ’19, who attended the show. “The overall synergy between Mochrie and the players was great.”

The Player of the Year award was started by IGP in 2010 as a way to honor famous comedians. Previous honorees have included other notable comedians like “Seinfeld” star Jason Alexander, sketch comedian Keegan-Michael Key, and Mochrie’s “Whose Line Is It Anyway?” co-star Wayne Brady. Most recently, the group honored actor Nick Offerman, known for his role as Ron Swanson on the NBC sitcom “Parks and Recreation,” as its 2016 Player of the Year.

—Staff writer Lauren A. Sierra can be reached at lauren.sierra@thecrimson.com.