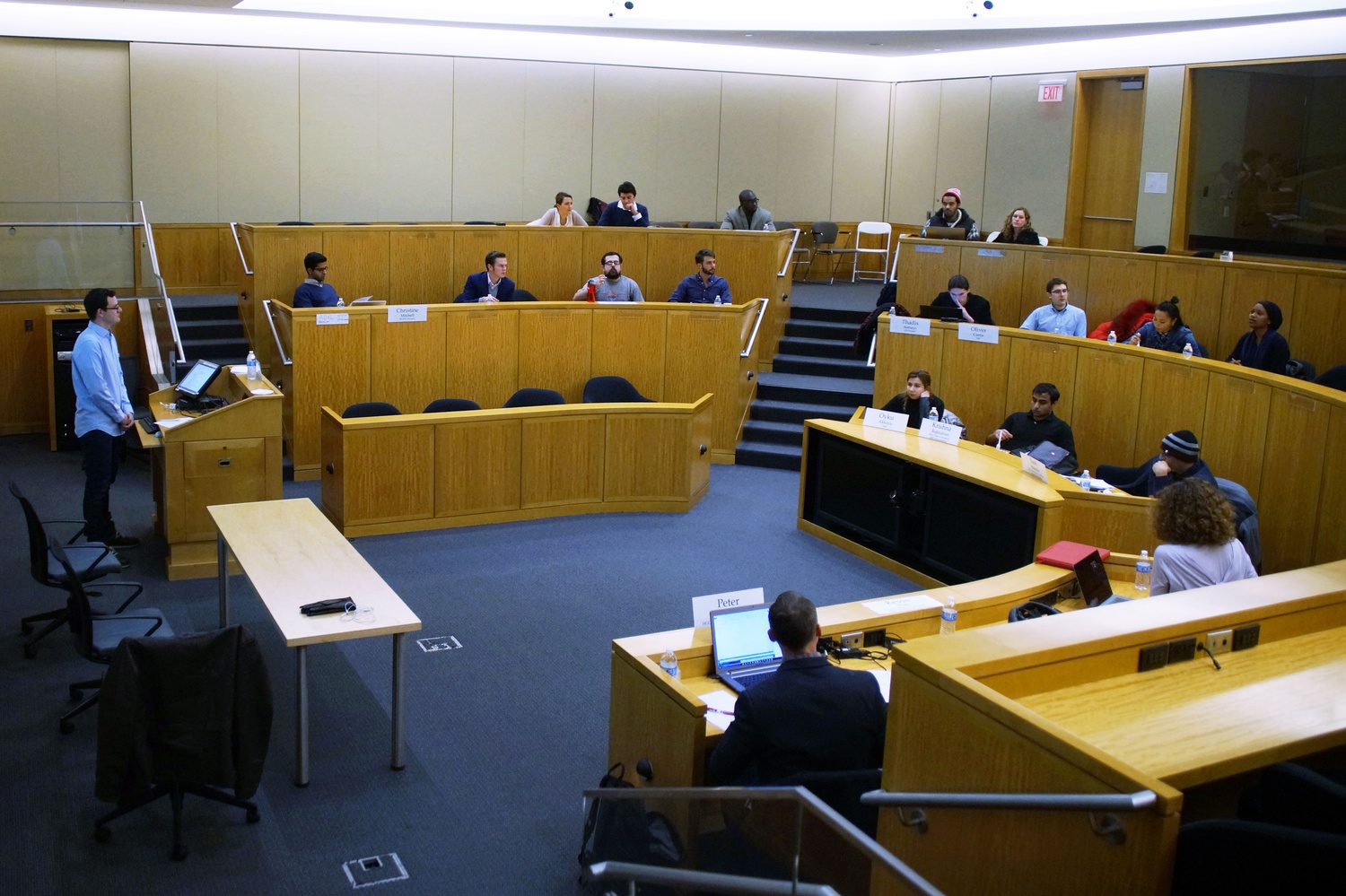 At the meeting, members of the Council also debated changing the body's structure, presented proposed changes to the group’s constitution and voted on modifications to the Council’s budget.

Graduate Council President Peter J. Dyrud said it was appropriate for the Council to discuss Trump’s executive order, which has been met with criticism across the University. Though Dryud noted that the Council has historically attempted to be inclusive of all graduate students’ political views by not adopting stances on policy issues, he said the response to Trump’s executive order could be an exception to this precedent.

“HGC normally doesn’t take a stand on political events...but these definitely are not ordinary times,” said Dyrud. “The executive order is having a profound effect on each of our student bodies and our nation.”

“The main goal is that we try to be more unified than divisive, but this executive order is obviously extremely divisive,” Dyrud added.

Members of the Council proposed possible responses to the order, including organizing a rally to protest and possible partnerships among Harvard graduate schools to debate potential policy implications of the immigration order.

Natalie Z. Wang, the body’s Chair of Advocacy and Diversity, urged all members of the Council to consider varied ways to respond to the executive order.

“It’s an intersectional issue and it’s going to affect many of us, whether we realize it or not,” she said.

Wang said some international students who leave the country to conduct research might not be able to return. At least two Harvard affiliates have been unable to enter the United States as a result of the order.

Wang echoed statements from University President Drew G. Faust, highlighting that many of Harvard’s schools are led by immigrants. Wang, a student at the Graduate School of Design, noted that Design School Dean Mohsen Mostafavi is an Iranian immigrant.

Trump’s executive order, issued on Friday, halts people from Iran, Iraq, Libya, Somalia, Sudan, Syria, and Yemen from entering the country for 90 days and suspends the entry of Syrian refugees indefinitely. Federal officials later said that green card holders would be allowed to enter the country.

Though the meeting adjourned without the Council adopting an official response to the immigration order, Dyrud noted that members could consider proposals through electronic voting or at a subsequent meeting.

The Council also discussed changes to its constitution that members have considered since August. Members hope to restructure the Council’s governance to allow for broader representation across Harvard’s graduate and professional schools. In one proposed change, only one representative from each of Harvard’s graduate schools would be allowed to serve on the executive board at any given time.

In keeping with past practice, the Council did not make a statement about an ongoing effort to unionize teaching and research assistants at Harvard.