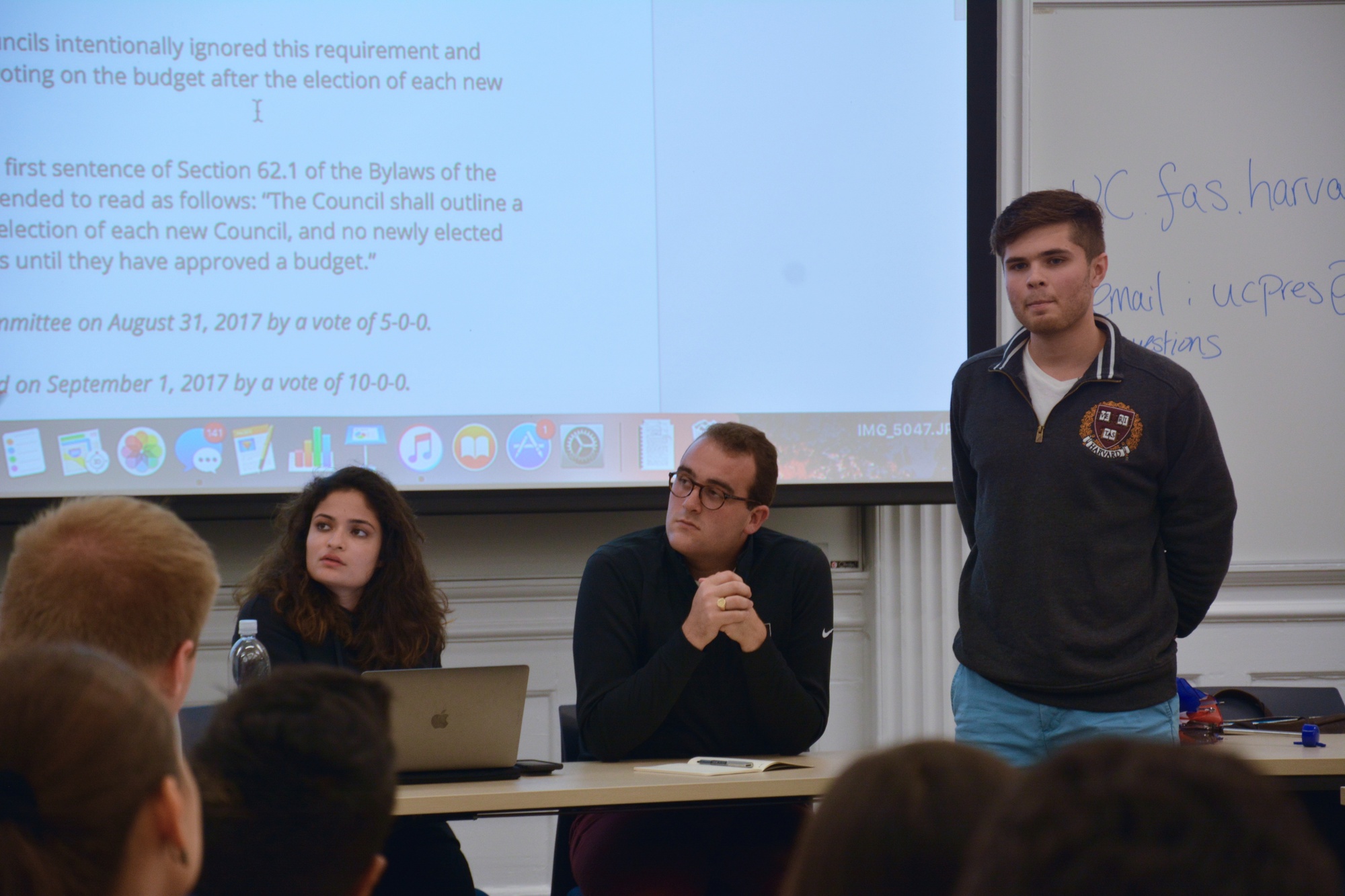 Confusion about an amendment to a "Dorm-Rooms to Table" pilot program has prompted members of the Undergraduate Council to clarify rules about the body's retroactive voting policy.

After the UC passed an amendment from Henry S. Atkins ’20 barring fellow members from partaking in the new dining program, UC members were under the impression that they could change their vote in the 24 hours following its passage. By Monday night, it seemed as though the amendment would fail after some representatives changed their votes. But the amendment will pass, as members cannot retroactively change their votes on legislation or legislative amendments.

UC Rules Committee Chair Evan M. Bonsall ’19 said the confusion might have sprung from a rule in the Council’s constitution and bylaws allowing members to change their vote on amendments to the body’s governing documents by the next time the body convenes. 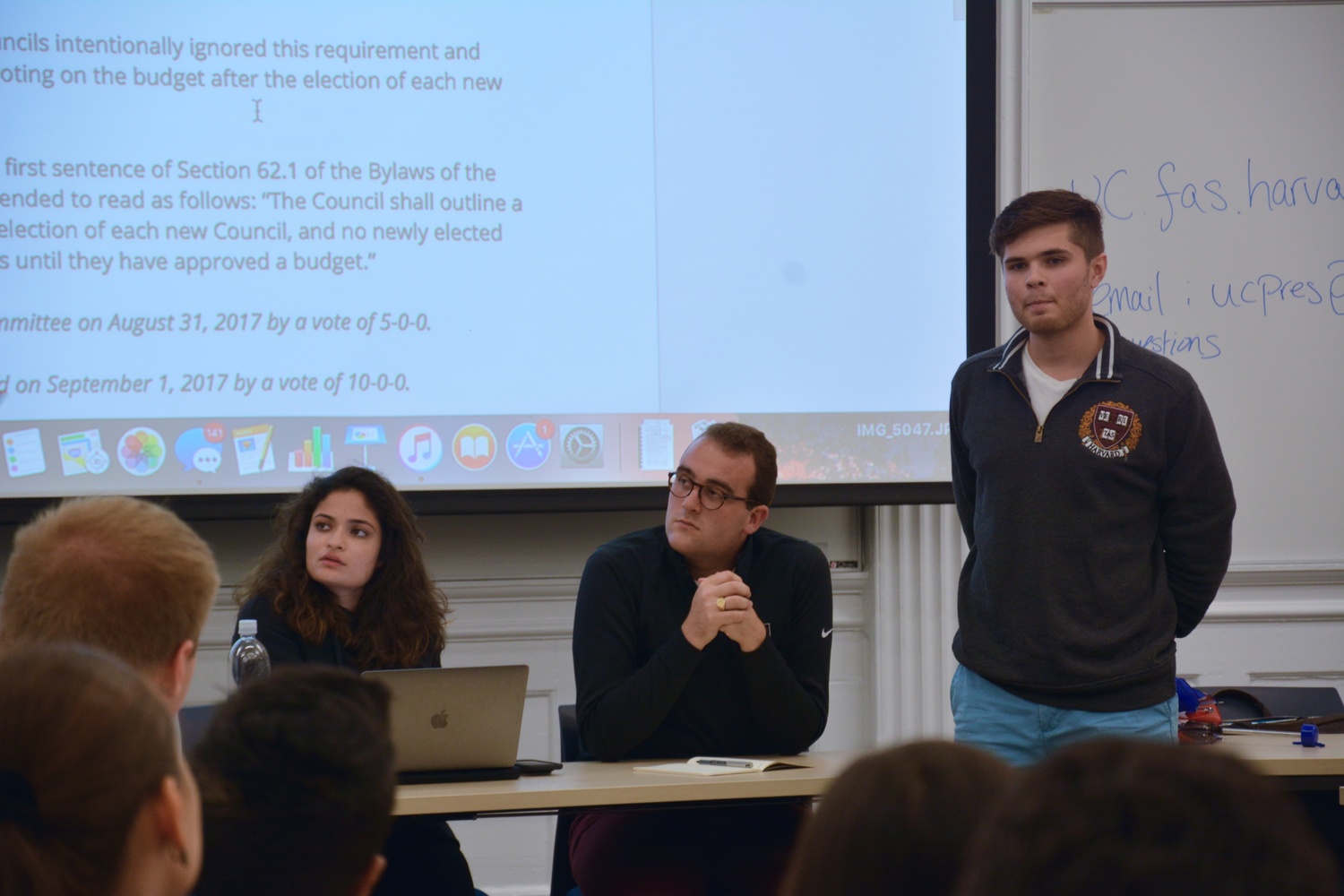 A meeting of the Undergraduate Council. By Amy Y. Li

“We know we all are operating a bit better by the rules. When you operate under [UC parliamentary procedure], there are just so many complexities. And often times, those things don’t get brought out into the way that our everyday meetings run, because a lot of it is pretty regular and pretty standard order,” he said.

“But sometimes these unique rules come out and they make you think a bit more about the process,” he added.