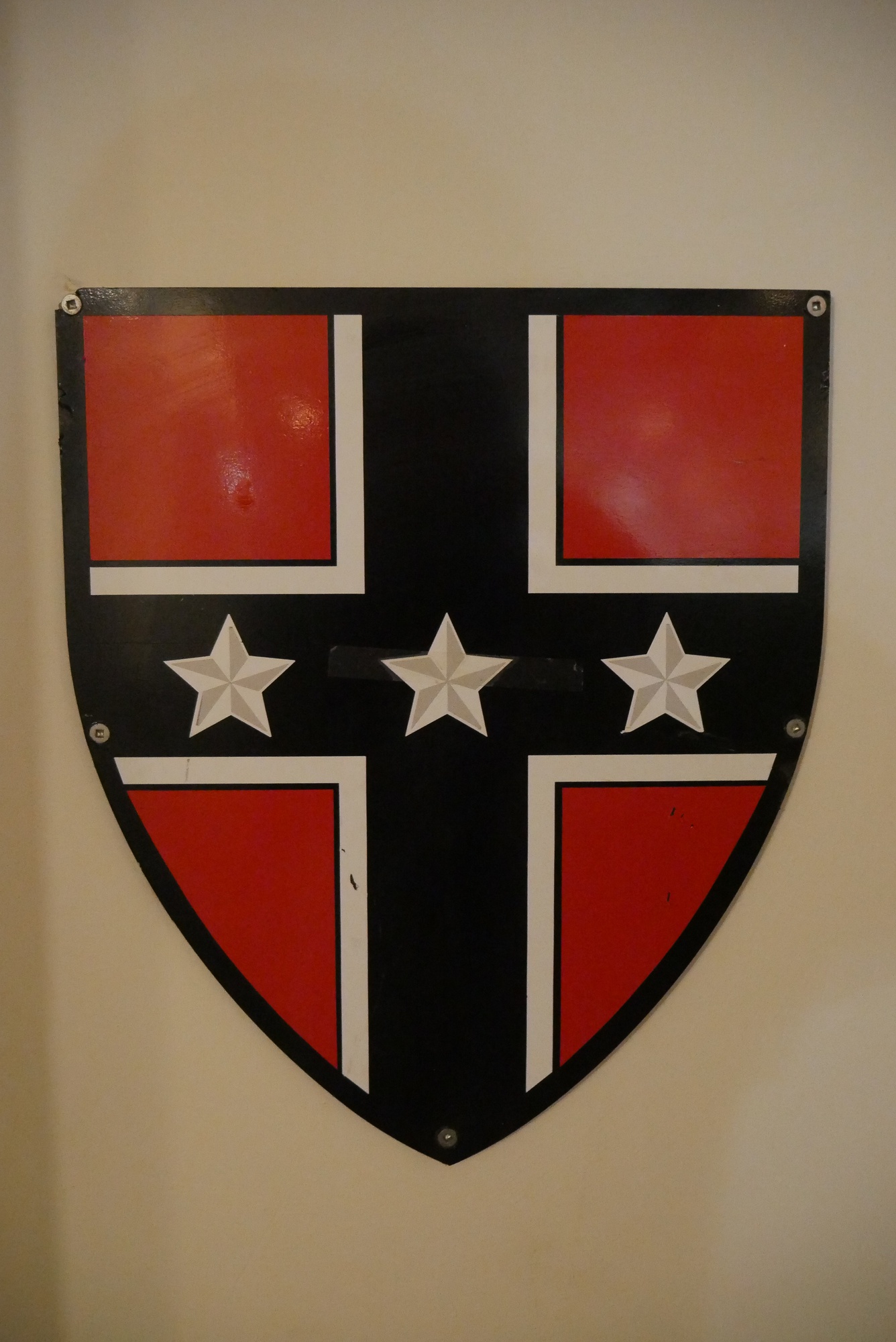 What's In A Shield

Waving proudly in the crisp Cambridge breeze on 95 Dunster Street, the Kirkland flag is a happy reminder to many who have lived in the Harvard House. To Kirkland Tutor Kori O. Zorina, seeing the flag outside the building reminds her that she is home.

But to others, the flag bears an eerie resemblance to the Confederate flag.

The shield is comprised of a black cross edged with white on a crimson field with three white stars in a horizontal line through the center of the cross. Kirkland’s shield was designed by Pierre de Chaignon la Rose, class of 1895, who designed all of the House shields for Harvard. According to the Kirkland website, he derived the cross from the shield of the Diocese of Carlisle (“Kirkland” is Middle English for “church land,” and was a surname given to those who dwelled on the property of a church), the stars from the crests of various other Kirkland families, and the crimson for Harvard. 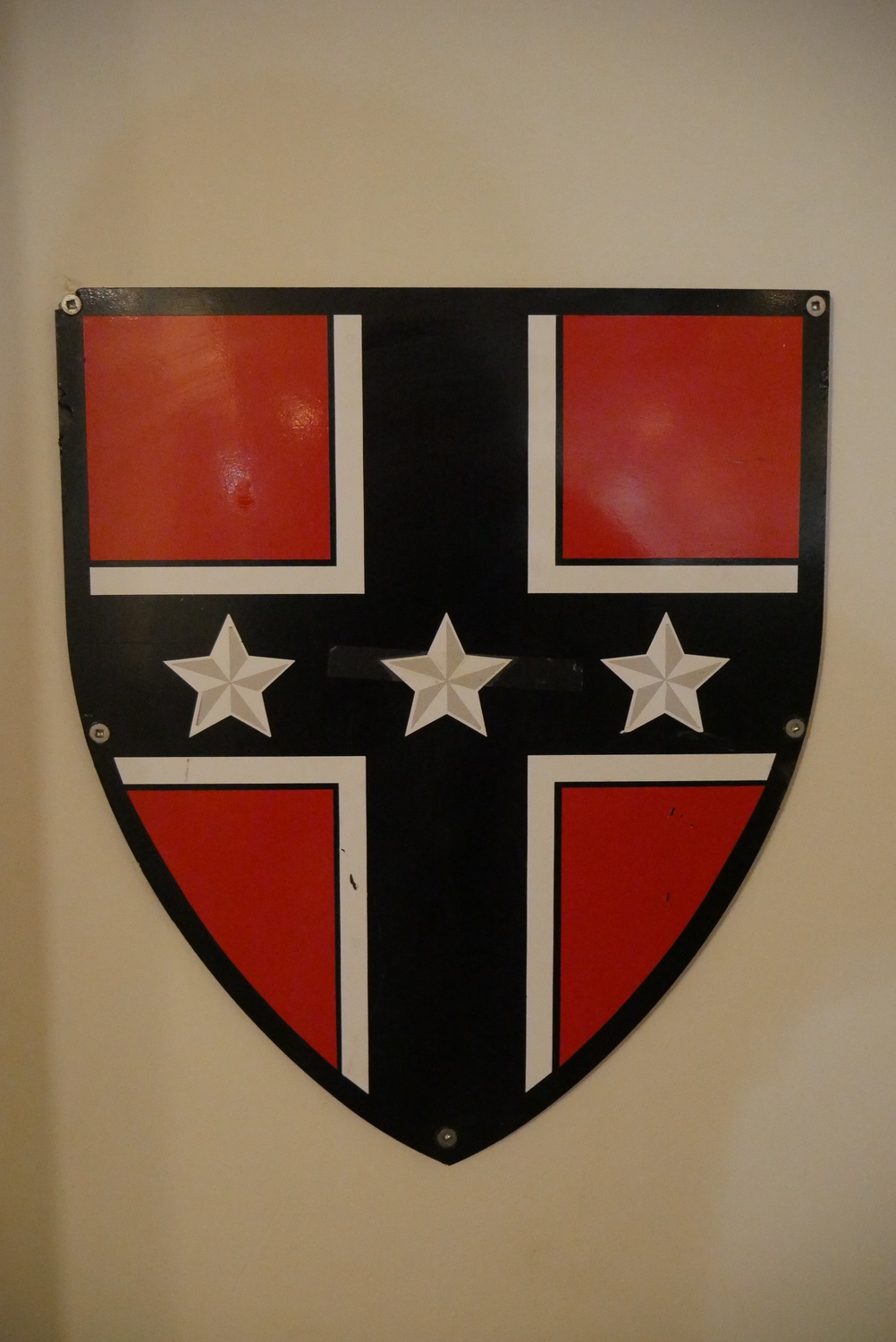 The Kirkland Shield and the Confederate flag are officially unrelated. By Amy Y. Li

The House’s name is in honor of John T. Kirkland, class of 1789 and a former Harvard president who served from 1810 to 1828. The recognizable Confederate Flag dates back to the 1861 battle flag of the Army of Northern Virginia.

Although the official line is that the shield and flag are unrelated, some Harvard students feel uncomfortable with the mere resemblance. On a campus that has sometimes battled controversy over the hanging of confederate flags in dorm-room windows, it’s not surprising that even a passing resemblance to the stars and bars might stir concern.

Students have addressed that in a variety of ways. Michael L. He ’18 removed Kirkland stickers from his laptop and apparel from his wardrobe. “Multiple times, people have mistaken the sticker for a Confederate Flag, so I just took it off,” he says. “I didn’t want to deal with it.”

Karina J. Joiner ’20, a Cabot sophomore, isn’t so quick to brush it off. “It’s so problematic. They should change it,” she laughs.

But other students are strong advocates of the shield, even if it does sometimes draw confusion. Kirkland resident Alvaro I. Quintero ’19, is a staunch defender: “When I see it, I think Kirkland. I think home,” he says. “One person did a double take and said ‘That kind of looks like the Confederate flag.’ I said ‘No, it looks completely different.’”

Quintero says that he would strongly oppose any proposed alteration to the shield. “If they feel completely opposed to it, they should actually compare the shield and the Confederate flag and see that it’s different,” he says. “If they are just trying to change it based off the small similarity, then they are just being nitpicky at that point.”

For others, the Kirkland flag poses no controversy. “There’s a cross. Crosses are cool,” Adams resident Shyam S. Narayanan ’19 says. “I don’t see anything. It just looks like the Kirkland flag.”