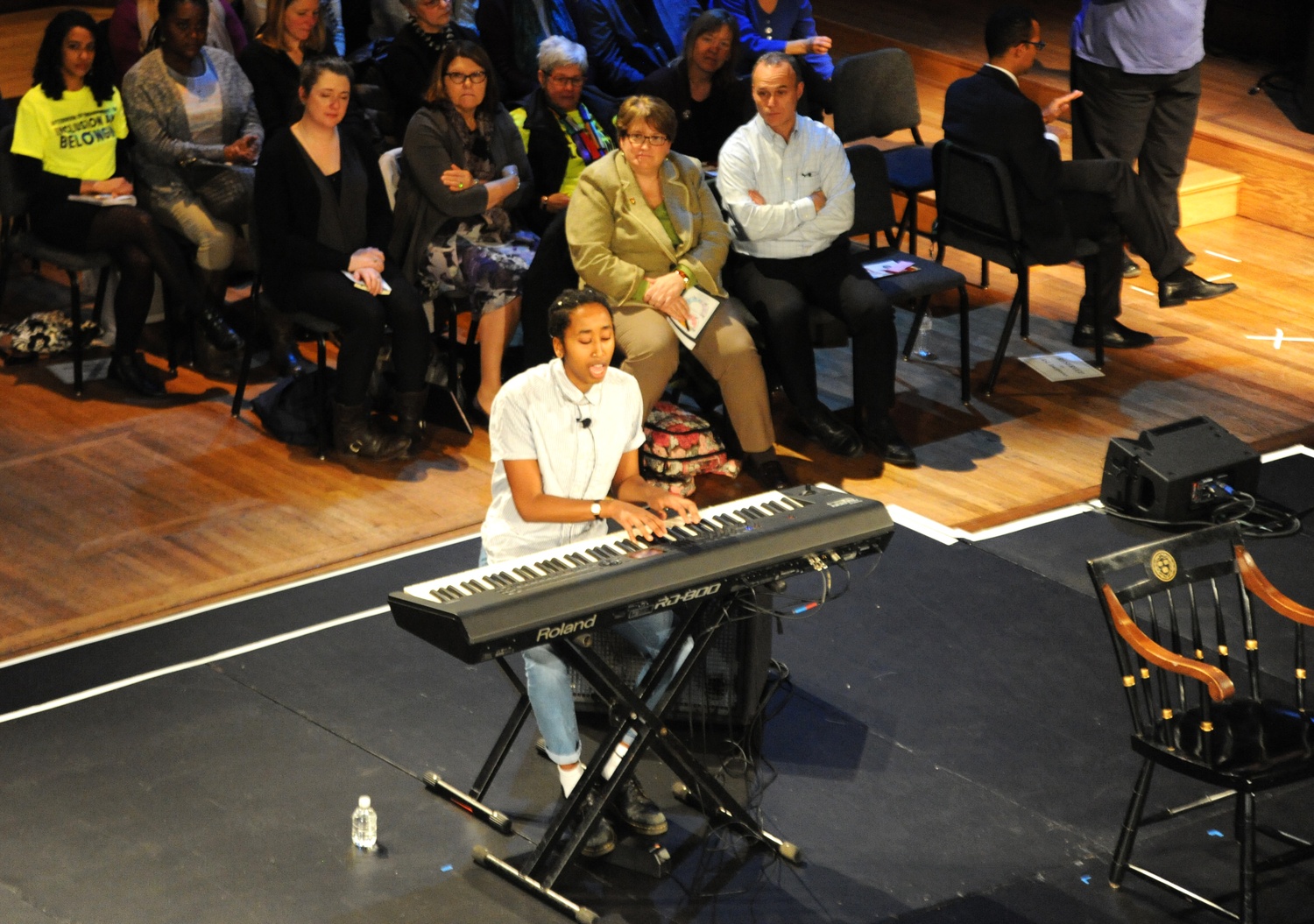 Harvard released a longlist of 20 semifinalists—winnowed down from 168 entries—in its competition to change the last line of “Fair Harvard,” the University’s 181-year-old alma mater.

The Presidential Task Force for Inclusion and Belonging announced the competition to replace the final line, which has read “Till the stock of the Puritans die” since 1836, in April as a part of an effort to reconsider some of Harvard’s historic symbols.

Entries on the longlist include “For each creature of land, sea, or sky,” “Lest the hope of the Puritans die,” and “Veritas be Thy Destiny’s guide.” The task force has invited Harvard affiliates to comment on the entries on their “Solution Space,” an online tool that allows members of the University to suggest ideas for advancing Harvard toward inclusion. The window for commenting will close on October 31, after which the semifinalists will be forwarded to a panel of five judges—including Kurt Crowley, the associate conductor of the popular musical “Hamilton.”

The judges will select three entries to send to the University for final selection, and the winner will be revealed at the end of the fall semester or the beginning of the spring semester. Danielle S. Allen, a professor of Government and co-chair of the task force, said that the task force is seeking a line that “picked up the line of argument with the pursuit of truth and made clear that it was a both constant commitment and one accessible to people of all backgrounds.”

The competition also included an opportunity for students to submit a “musical variant” of “Fair Harvard,” for which no submissions were received.

Professor Danielle S. Allen serves as the co-chair of the Task Force for Inclusion and Belonging. By Megan M. Ross

The task force released the longlist following the release of its draft report of recommendations for improving inclusion and belonging on campus last week. The report includes a set of shared standards for the University to ensure all Harvard affiliates experience “full membership in the Harvard community.”

The first recommendation in the recently released discussion draft describes a need for the University to adopt “inclusive symbols,” according to Allen.

“The University should revise its values statement; use public art and symbols to bring 21st century Harvard into visibility in public spaces and shared experiences,” the report reads.

The revision to “Fair Harvard,” however, has been met largely with apathy and criticism from students. On one side, several students said that the change was not significant enough to make a difference on campus, while others like Emily M. Hall ’18 denounced the change as a means of “revising history.”

Other students, though, have supported the measure.

“Understanding how old the university is, it makes sense for some things to be sort of reflect a different demographic,” said Hasani A. Hayden ’19, the president of the Black Students Association. “Since Harvard has become a more diverse institution, we’re just happy to see that the institution could look into growing along with the university.”

Allen added that the alma mater is an “anchor ritual” for the University.

“It gets used for Freshmen Convocation. It gets used at Commencement. A campus’ rituals are sort of its DNA,” she said. “We have to pay attention to the kind of ethos we are establishing for the campus.”