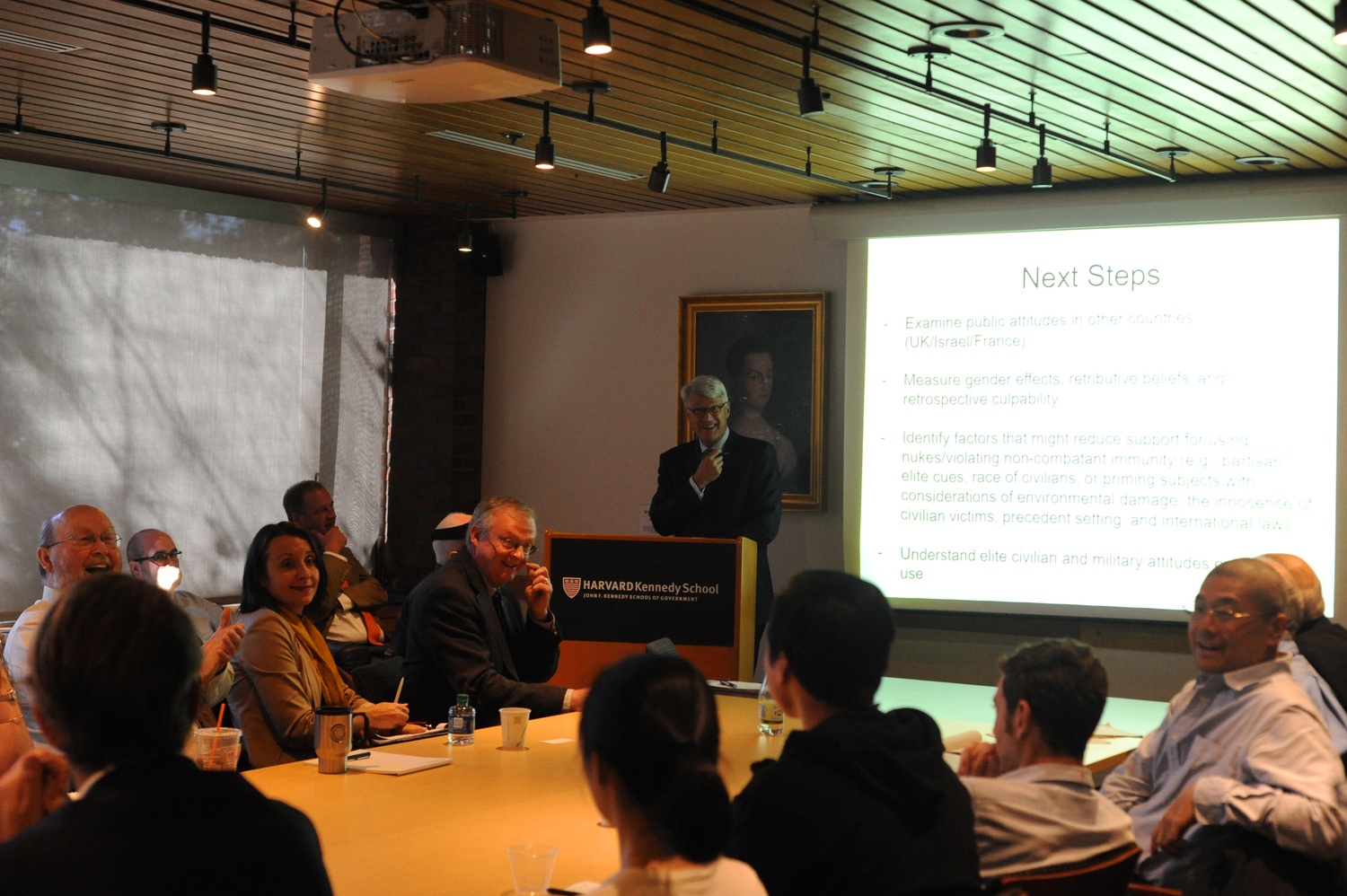 To a crowded room with over 40 attendees, Sagan described the results of an August 2017 study analyzing American willingness to use nuclear weapons against Iran today. While many scholars have suggested the presence of a “nuclear taboo” among the general public, Sagan’s findings indicate otherwise.

“The basic finding was that 60 percent of the public supported the decision to use atomic bombs on 100,000 [Iranian civilians],” rather than sacrificing 20,000 American soldiers in a ground attack, Sagan said. “When two million Iranian civilians are killed for 20,000, still almost 60 percent of the respondents approved of using a nuclear air strike. It’s statistically insignificant, but politically, I think, very significant that people didn’t drop off, even at killing two million people.”

The study included an additional scenario, in which an equally effective diplomatic option was added as a third course of action.

Sagan’s study also found that Republicans, older people, and those in favor of the domestic death penalty were the most “hawkish.” Surprisingly, Sagan said, there was no significant difference between women and men.

“There’s a theory, we think, but we don’t know, that women are in almost all polls more dove-ish than men. And the reason, we think, is that the reason why women are more dove-ish is that they want to protect their loved ones,” Sagan said. “When it came to a trade-off, when it came to protecting U.S. GIs and innocent people, the protection of U.S. GIs overwhelmed their other views.”

Martin B. Malin, event organizer and executive director for the Kennedy School’s Project on Managing the Atom, emphasized the unique role that public opinion plays at the intersection of nuclear weapons and national security.

“Nuclear warfare is a really fundamental issue and trying to understand what people think about that is very important,” Bunn said. “To me, it is shocking that people are so willing even when it is not essential to do so.”