A scientist at Siemens, Bryan Sutton is one of 26 candidates running for Cambridge City Council this year. Sutton moved to Cambridge a few years ago and has since joined several volunteer and political reform groups.
By Cindy H. Zhang 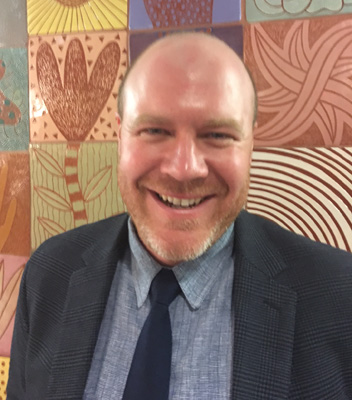 By Courtesy of Bryan Sutton

A scientist at Siemens, Bryan Sutton is one of 26 candidates running for Cambridge City Council this year. Sutton moved to Cambridge a few years ago and has since joined several volunteer and political reform groups. If elected, he plans to focus on providing affordable housing, eliminating money in politics, combatting climate change, and increasing government participation by better reaching out to the people of Cambridge. An engineer in the transportation industry, Sutton plans to draw upon previous experiences to work on and complete the extensive projects that he hopes will improve the city.

Bryan Sutton: There is a disparity between people’s interests and what they believe the Council is doing. I think that the biggest challenge the City Council has is continued outreach, which is really the purpose of the Council. It has to act as the representative voice of all 110,000 people living in Cambridge and that is definitely their largest threat.

BS: I bring a long professional career in engineering and transportation, so I have experience dealing with projects with different parties. I also recognize that every problem we talk about in Cambridge is because of a privatized campaign funding system. A lot of things are funded privately and so elected officials work for their donors. I propose publicly funded elections in Cambridge, I propose term limits, and I propose a longer cooling off period after you’re elected before you can work for a developer or lobbyist firm.

BS: The number one issue with the city is definitely affordable housing. The inclusionary rate has been maintained around 15 percent affordable housing the past two years. Recently, the city council looked into a transfer tax. That’s the first step and that’s good. You can also straight up tax people. I’m an engineer. I do project management. The way you approach stuff like this is you lay out the numbers, find out what the cost is. You have to measure all the different factors: the projected population growth rate; the projected development rate; how many inclusionary, or affordable housing units we expect to have. And project that all for five years so when we make a change, ask “What impact do we expect to see on affordable housing in five years? What impact do we expect to see on housing costs for the next five years?”

BS: They play a humongous role in the city. If we make an affordable housing scorecard and get them involved, we’re just going to get a better result. It’s a matter of growing a collaboration in any way we can. There is a group of residents in Cambridge who believe that Harvard and MIT owe more housing units to the city than they are already providing.

BS: We should 100 percent do the right thing and what the residents of Cambridge want us to do. As an example, it’s been clear as a community that illegal immigrants are accepted in Cambridge. Everything I’ve seen is that most of the people in Cambridge want us to remain a sanctuary city. I 100 percent agree with that. I think we almost have an obligation to stand up and raise our hand every time he steps out of line and say “No, we want to maintain our promise to the Paris agreement, we want to maintain our promise to the people in our community, whatever their documented status is, it doesn’t matter, they’re part of our community.” And we should start reaching out to neighbor cities and have a coalition of cities do the right thing.

BS: Even within the city of Cambridge, there’s different areas that want different things. Nine elected officials don’t have the capacity to make a decision that will affect 30,000 people without getting any input. Holding a public discussion on a Wednesday evening isn’t good enough because a lot of people can’t make that. I think that we should better utilize the communication technology at our disposal. And there’s no reason why we can’t online poll and get an actual majority of what people, what specific areas of Cambridge, want. I think we need to make a concerted effort to better poll and gauge public opinion proactively.

BS: Whenever we talk about recreational marijuana, it’s important to talk about illegal substances on a larger point. Minority groups are still almost four times as likely to be arrested for marijuana possession, so it didn’t completely address that issue. I think we have an opportunity now to really get at the heart of addressing opioid addiction. We should embrace legalized marijuana and try to normalize it to the point where it’s looked at like tobacco or alcohol or other legal controlled substances. If somebody is getting high on heroin, sending him to jail is not going to help. Sending him public health efforts is. Addiction is a public health issue.