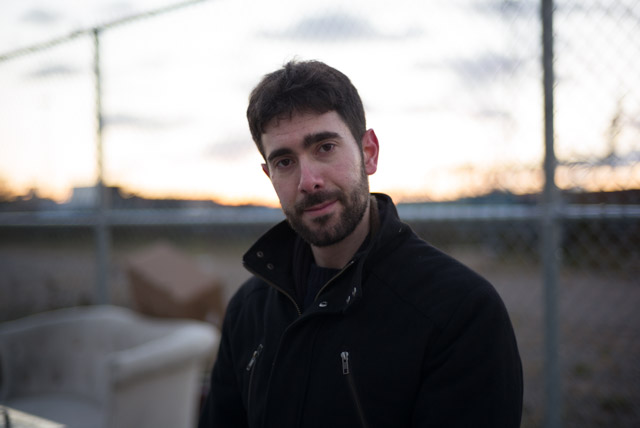 David Leo Rice ’10 is a writer, animator, and screenwriter whose body of work spans the genres of horror, noir, sci-fi and the surreal. Since completing his special concentration in “Esoteric Studies: Mysticism and Modernism in Western Thought,” Rice has produced numerous short stories, essays, and animations. Volume I of his serialized novel “A Room in Dodge City,” which follows a nameless wanderer into a bizarre American town, won the 2016 Electric Book award. He is currently finishing up the publication of its second volume. The Harvard Crimson sat down with Rice to discuss his concentration in occultism, favorite reads, and his upcoming publication.

The Harvard Crimson: What have been the most formative reads for you as a writer and a person?

David Leo Rice: Number one on the list would be “The Street of Crocodiles” by Bruno Schulz, a Polish-Jewish writer of the 20th century who wrote extremely surreal and fantastic stories about more or less his hometown—but in a very mythic way. He turns his hometown into a mythic place and that really spoke to me. Some usual suspects like David Lynch, Faulkner, Murakami, Beckett. And I’m really into Japanese literature: Murakami, Mishima, Kobo Abe. Flannery O’Connor, who wrote powerful American Southern stories. And I’ll tell you one last person. There’s Clarice Lispector, who’s a Brazilian writer who I like a lot.

THC: You seem to draw from literature all around the world. At what point did you start branching beyond the classics of the Western canon?

DLR: We had these family friends in Italy so I grew up reading and speaking Italian. So, things like Calvino were very important to me as a kid. I think Calvino is a world literature figure, and he is interesting because he both collected actual Italian fairy tales—he was like the Grimm brothers of Italy—and wrote his own original fiction. That idea was really important to me: You could participate in folklore. That you could be involved in actual fairy tales and folktales and write your own work [and there] was not a clear line between the two.

THC: What did you study during your time at Harvard College, and why did you choose your own special concentration?

DLR: My concentration was “Esoteric Studies: Mysticism and Modernism in Western Thought.”... The basic idea was to combine medieval texts, religious styles, and mythic styles … with what you could call modernist literature. So early 20th century stuff, like Beckett, Joyce, Walt, and American authors, Faulkner and García Márquez.

I think I was interested in a new irrationality. My hypothesis was that in the 20th century some sort of demonic or feverish type of medieval thought was coming back through a kind of craziness, was taking over the world.

THC: Volume III of “A Room in Dodge City” reads as a fictionalized, surreal report on the 2016 election with reference to Donald Trump as the p**** grabber. It also reads as both a blog and novel. What drew you to publishing your first novel in online installments, and do you see your writing as having an inherently political function?

DLR: Any kind of horrifying political moment is [a] narrative in some way. The way dictators come to power is always by playing on some kind of a myth and some kind of a scary story that exists in people’s subconscious. I think for me it felt like a really occult moment. The emergence of this sort of monster—who in “Dodge City” is literally a monster, a creature who comes out of the swamp—is almost like the return of the medieval demon puncturing the placid, modern world of Obama. For selfless reasons I wanted to contribute to something like protest literature. And for more selfish reasons I was just genuinely interested in what is the dramatic potential of this whole situation.

THC: Where do you stand on the issue of genre concerning your own writing?

DLR: I feel like over the past few years, I have increasingly moved away from the world of horror. I think I always meant something different [by horror] than what people understood. ... I would like to say I just don’t care about genre, but I do think it is important to give people the feeling they can get into something. You do have to offer something like a handle for people to take. There’s a world of what’s called “weird fiction,” and I would be happy to use that word, that would be fine. Something that I’m really interested in—I don’t know if it counts as a genre—is American surrealism.

THC: What are you working on right now and can you give any sneak previews?

DLR: The first volume of “A Room in Dodge City” is out. I have just sent the second one to the publisher, and the third one is [about a] Trumpian genocide which is also a kind of criticism of the media about how these different news feeds begin to contradict one another. “Angel House” is done but just sort of sitting there.

The main thing I’m working on now is a separate but related short novel called “The Emergency Hotel,” which is about a washed-up comedian who gets stuck in a Holiday Inn in Montana just as there’s a huge, huge mass shooting. And it’s kind of like Groundhog Day in that he’s just stuck in this Holiday Inn, and the mass shooting happens every night, and it keeps happening in the mall attached to this Holiday Inn. The police who seem like they’re trying to solve it keep torturing a puppet to get him to confess… and things just go more and more haywire.