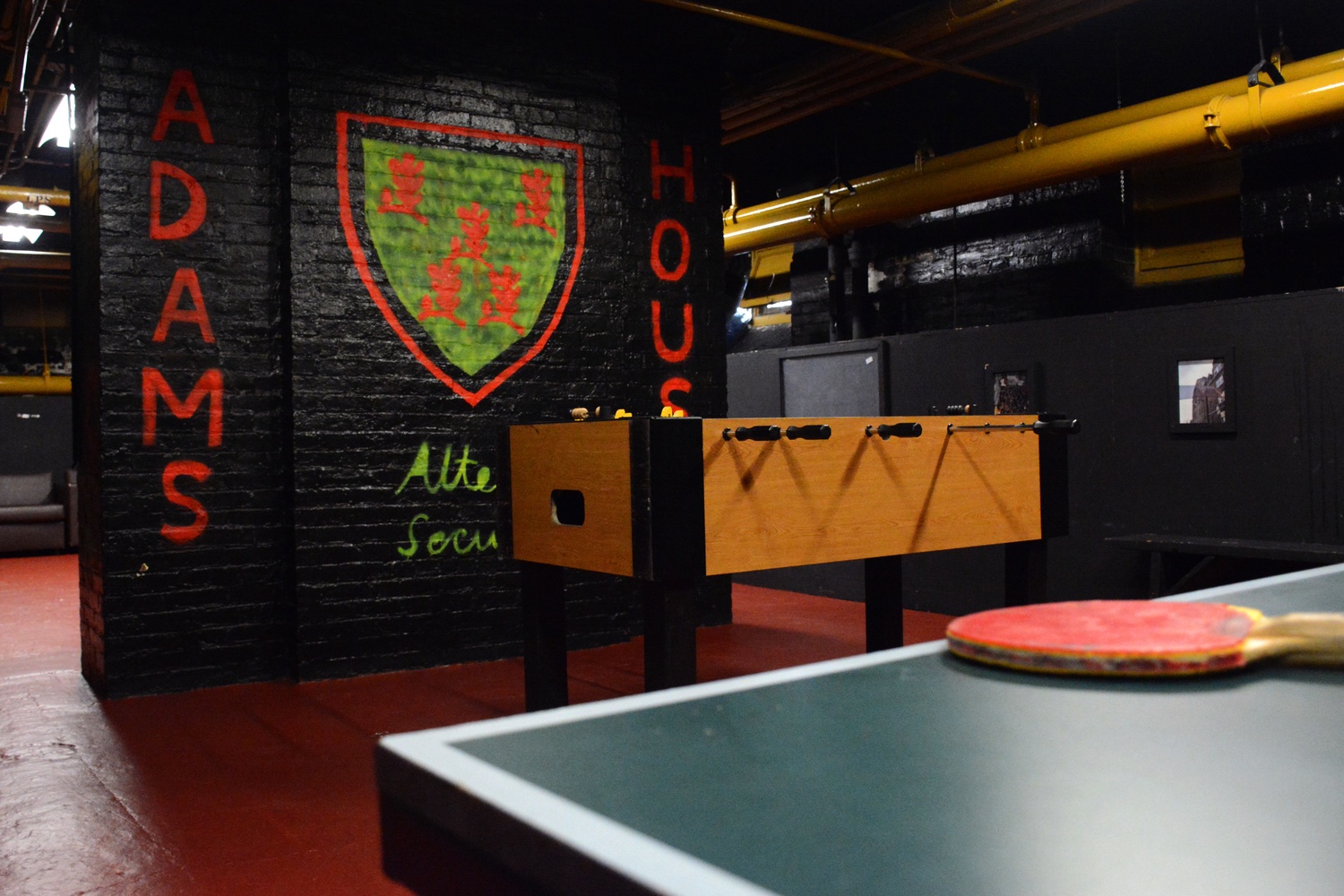 Adams House staff have seen a decline in students’ use of two House party spaces—“the Molotov” and “K Space”—after a temporary ban on alcohol in the rooms went into effect this semester.

Adam Muri-Rosenthal, Adams's resident dean, said the new policy came after problems with the cleanliness of the spaces and a lack of clear expectations regarding the use and cleaning of the rooms.

He added that the ban seeks to encourage residents to still use the rooms, "but also in a way that respects the spaces."

The alcohol ban will not be permanent, but is intended to serve as a placeholder while Adams House staff work out a long-term plan, according to Muri-Rosenthal.

“What we decided to do was to put things on hold, allow students to continue to use the spaces just without alcohol while we figure out something that's more effective,” he said.

The Molotov, renovated in 2015, re-opened amidst a push to re-center social life in the Houses and away from private and off-campus social spaces. Following the popularity of the Molotov, the K Space opened, responding to ongoing student demand for more social spaces on campus. Both spaces have historically allowed alcohol consumption by students of legal drinking age.

Since the temporary policy has been in place, use of the two rooms has seen a decline, but Muri-Rosenthal said he hoped the rooms will become more popular again after the implementation of a permanent policy regarding alcohol consumption.

While administrators discuss a permanent solution, Adams residents have been left frustrated with the change. Amelia Y. Goldberg ’19 said she was unable to throw a 21st birthday party for a friend in the Adams party spaces because of the temporary alcohol ban.

“I have spoken to a number of friends who have felt like it has limited our choices for how we can socialize,” she said.