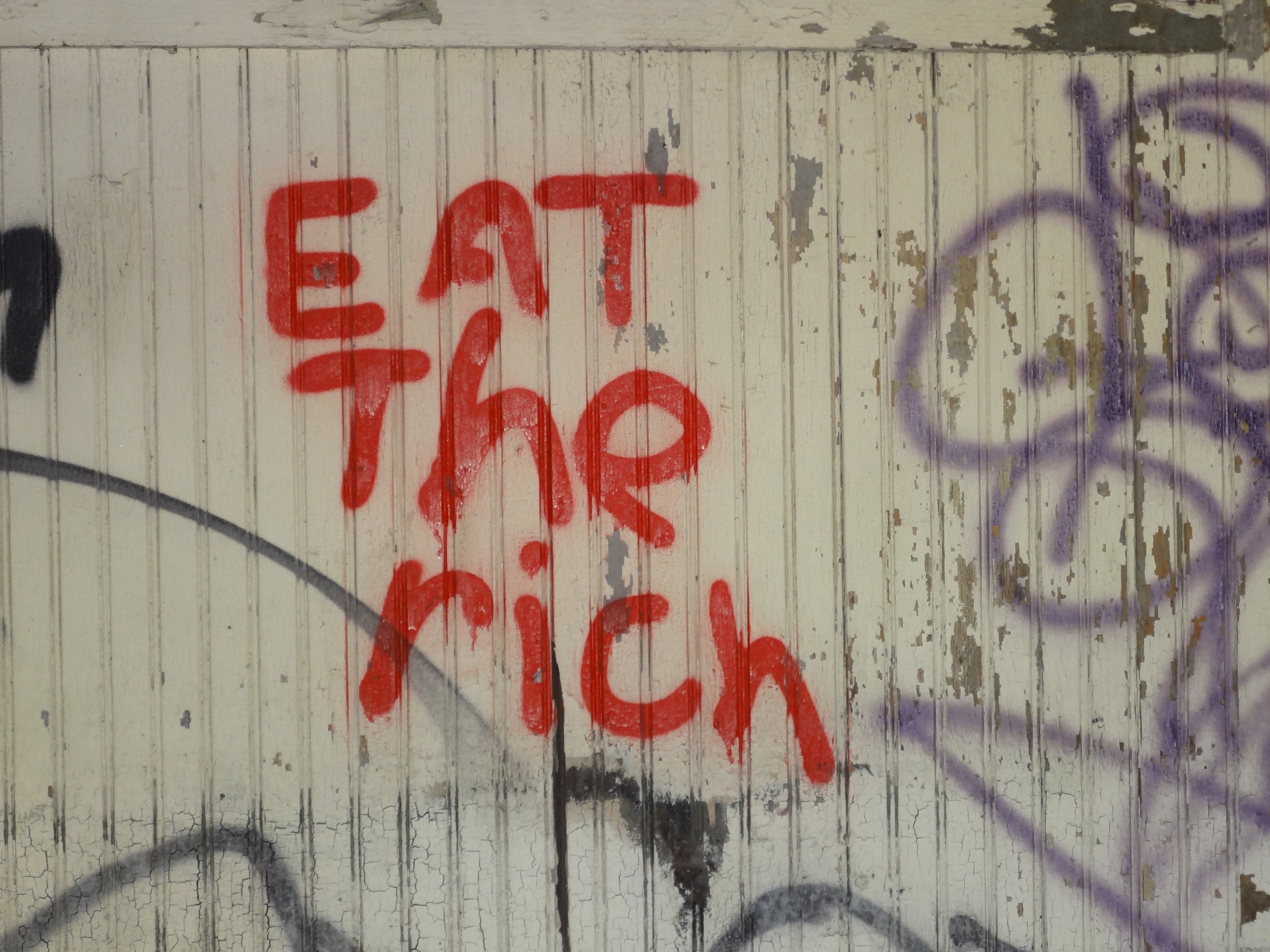 "You Can't Punch Every Nazi:" The Boston Anarchist Bookfair

"The idea is to help build a community of radicals."
By Jeffrey W. Andrade

I knew I was headed in the right direction when the familiar hoodies and North Face jackets of the Boston University campus gave way to something new. As I entered the vendor room of the Boston Anarchist Bookfair, there was a palpable shift toward torn leather jackets with esoteric patches, brightly-colored and wildly-styled hair, and an unwritten dress code: All black everything.

Flags hung from the ceilings bearing images of AK-47s and the insignia of the Women’s Protection Units—more commonly known as the YPJ, a socialist, all-female military organization fighting ISIS in Syria. There were buttons and bumper stickers for sale: “Eat the Rich,” “This Machine Kills Fascists,” and the like. Tables groaned under books and ’zines, covering everything from trans liberation to socialist economic theory. I grabbed one, titled “You Can’t Punch Every Nazi,” for myself during an event called “How to Talk to a Nazi,” in which I learned methods for engaging with and “deprogramming” fascists.

In another talk, called “Abriendo Caminos,” three Puerto Rican activists provided an anarchist perspective on post-hurricane Puerto Rico, arguing that the roots of this crisis go back to the island’s colonization.

Among the topics covered in other presentations were environmental racism, trans rights in psychiatric facilities, prison abolition, and graduate student unionization. There were also workshops on preventing domestic abuse, self-defense, and street medic basics.

One of the final talks of the night was given by Patrick D. Berkman. In “Lessons from the Russian Revolution,” Berkman discussed the promises of the 1917 October Revolution and the staggering betrayal of its ideals by the Bolsheviks under Lenin. In the conclusion of the talk, Berkman noted, not without sadness, “They killed an incredible global revolution and we’re left with the consequences.”

Dressed in a collared shirt, he stands out from the attending anarchist crowd. Berkman has helped to organize the Boston Anarchist Bookfair for the last several years, as part of an “all-volunteer organizing committee” in collaboration with the Center for Gender, Sexuality and Activism at Boston University.

“The goals of book fairs, I think, are largely two-fold,” Berkman says. “First off, they serve as a space for people who believe in organizing for a world beyond capitalism and the state to get together. The idea is to help build a community of radicals. The second goal is then to put these ideas forward to the public.”

Anarchists and book fairs seem like an odd pairing: Traditionally, book fairs are crowded events in junior high libraries, not platforms for people struggling to overthrow the capitalist state. But the book fair, it turns out, is a long-held anarchist tradition.

“Anarchism has never had a heavy foothold in the academy,” Berkman explains. “From the very start, and to this day, we want to prioritize getting our ideas and strategies and tactics in front of a general public. So we don’t like to hide our theories and our ideas behind academic jargon. We want our ideas and agenda to be clear and open to the public.

“Even if one person changes their mind and decides to join the fight against exploitation and oppression,” he says, “I think that makes the book fair worth it.”