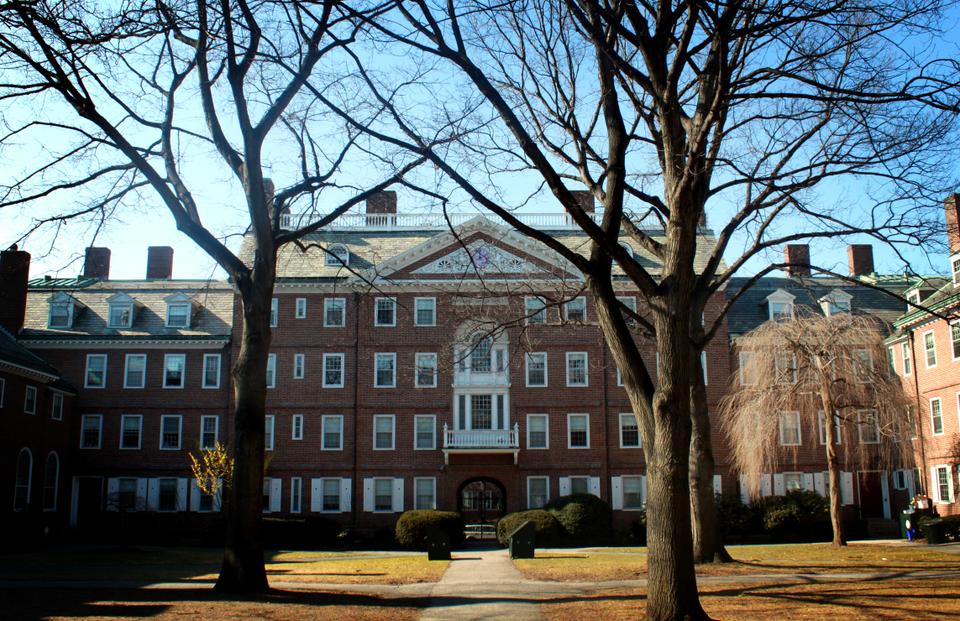 Whispers in the Walls: The Story of Kirkland's Hicks House

Now eerily quiet, the building was once punctuated by the voices of revolutionaries, scholars, artists, and monks.
By Zoe L. Almeida

When Eli Troen ’20 found out he’d be living in Kirkland House, the House’s ancient library was one of the first things that came to mind.

“I was thinking about the different spots in Kirkland I could go and explore,” Troen says, “And definitely Hicks House was the first one that popped into my mind.”

Hicks House is a cozy three-story library limited to Kirkland residents. Now eerily quiet, the building was once punctuated by the voices of revolutionaries, scholars, artists, and monks.

“In the hundred and seventy years since its construction, only once has [it] known the peaceful existence of long continued ownership,” Stevens Fraser, a later resident, wrote in the Journal of the Cambridge Historical Society.

Hicks House was built in 1762 by John Hicks, a local carpenter, on the edge of what was then called Water Street. An influential man in Cambridge, Hicks sent one of his sons to Harvard (Jonathan Hicks, Class of 1770) and was elected tax collector in 1771―a job he was notably awful at, as he was a staunch supporter of the growing push for independence from Britain.

Hicks’ distaste for the Crown got him in trouble at home as well as at work: Politics fueled a rift between John and his two sons, both staunch loyalists. This might explain why, on December 15, 1773, he crept out of bed without telling anyone where he was going. When he returned, Hicks tried to sneak back to his upstairs bedroom silently, leaving his boots by the door. According to “The Library of Kirkland––the John Hicks House” by Mason Hammond ’25, his wife later found them stuffed with British tea. Hicks had snuck off to participate in the Boston Tea Party.

Violence erupted two years later, when the British passed through Cambridge in retreat after the Battle of Lexington and Concord. On the heels of the Brits, Generals Washington and Putnam commandeered Hicks House. The building functioned as housing for junior officers until 1777; General Israel Putnam, of Bunker Hill fame, used it as his office.

Hicks House passed through many hands in the following decades, finally ending up with John A. Fulton, a painter who held onto the place for over sixty years until his death in 1900.

Fulton’s widow rented the house to students before officially selling to the Harvard Riverside Trust. The Harvard Riverside Trust, an organization developed by alumni to buy up property, scooped up the house in 1903 in a bid to seize land south of Mt. Auburn Street. They rented it to students for years before opening a lease with the Episcopal Order of St John the Evangelist. The Cowley Brothers, a community of monks, used it as extra housing for the novitiate for five years.

Finally, Harvard University bought it and lent it a young couple, the Frasers, in 1922.

Cecil and Esther Fraser had a passion for antique houses. According to an article from the time, in 1928, they launched a campaign to prevent the University from tearing the structure down to make room for a new gym. Through the combined efforts of the Cambridge Historical Society and the Fraser family, the House was moved in 1928 to its current location on the corner of Boylston and South St. In 1931, it was finally connected to the C Entry of Kirkland.

In part because of its history, Hicks House is among Kirkland House’s most prized possessions. “I think because it's such an old historic building, It’s one of those elements of Kirkland people are proud of,” Kirkland resident Harry T. Newman-Plotnick ’18 says.