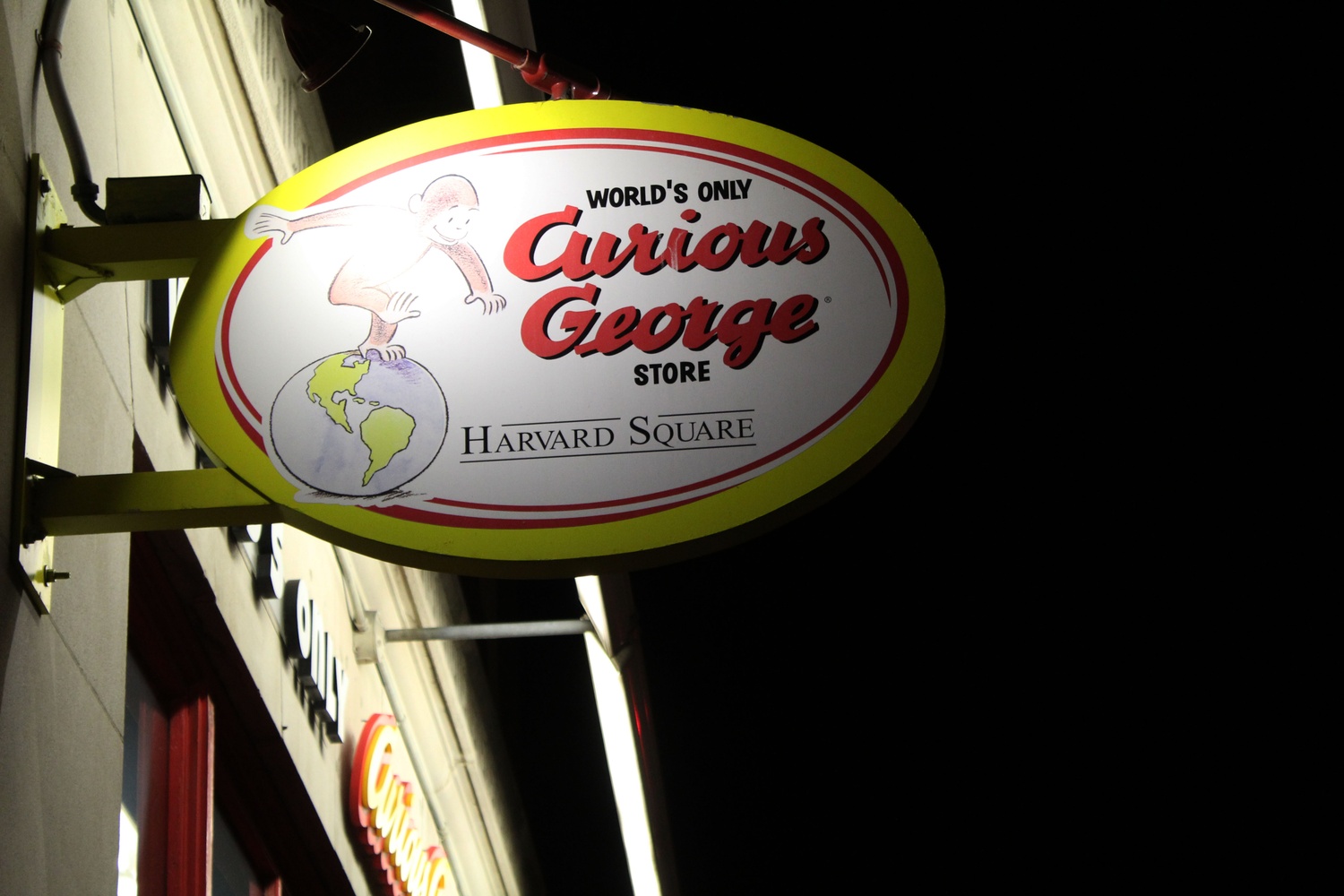 The World's Only Curious George Store's future in Cambridge was confirmed after reaching a lease agreement with developer Regency Centers By Lauren A. Sierra
By Alison W. Steinbach and Katherine E. Wang, Crimson Staff Writers

The World’s Only Curious George Store will remain in Harvard Square after reaching a lease agreement with developer Regency Centers, quelling Cantabrigians’ years of anxiety about the future of the landmark store.

The store will remain in its current JFK and Brattle St. corner location until construction begins on the Abbot Building, when the Curious George store will open in a temporary location in another part of the building. The fate of the store dedicated to the famous storybook monkey has been central to local residents’ concerns about the changing face of Harvard Square as Regency Centers planned renovations of the building.

“As we began speaking to people throughout Cambridge, everyone from Vice Mayor McGovern to the Harvard Square Business Association and the Harvard Square Neighborhood Association let us know that Curious George is truly a store like no other and a key part of the fabric of Harvard Square,” wrote Sam Stiebel, Regency’s vice president of investments, in a press release.

Vice Mayor Marc C. McGovern said he was “very excited” about the agreement. He has spent months negotiating with the store owners and developers.

“It’s a one-of-a-kind kind of store, and it’s a local business. We certainly see in Harvard Square that as buildings get sold at very high prices and rents increase as a result, it’s harder and harder for local businesses to remain in the Square,” McGovern said.

Adam S. Hirsch, who owns the Curious George store, said that Regency has been “great to work with since day one.”

“From the very beginning, Regency was looking at this property, this opportunity, in a much more community-minded way, and had a broader and much more thoughtful approach to their project,” he said. “We are very grateful and thankful to them for that.”

Over the past few years, Cantabrigians have rallied around keeping Curious George in the Square. After the store closed for one year between 2011 and 2012, residents urged its return, and Hirsch became the store’s new owner when it reopened.

Denise A. Jillson, executive director of the Harvard Square Business Association, said that maintaining the store’s presence in Harvard Square has been a priority for the organization.

“We worked so hard along with the whole City of Cambridge and with Adam Hirsch to bring back Curious George to Harvard Square,” Jillson said. “We are so pleased that Regency has really come forward and has committed themselves to being good community partners.”

Suzanne P. Blier, a Harvard professor and leader of the Harvard Square Neighborhood Association, said she had been actively involved in promoting the online petition and says the lease agreement is “really wonderful news.”

“We’ve been communicating directly with Regency on the importance of this as well as the importance of really strong preservation in how they are remodeling the facade of the Abbot Building,” Blier said. “Part of this is the businesses, but part of it is keeping the architectural flavor of Harvard Square with some of the key historic buildings.”

Hirsh said many have misunderstood discussions about the store’s closing.

“Unfortunately, a lot of people have received misinformation, and they thought we are closed. We are not closed,” he said. “We are not going anywhere anytime soon.”