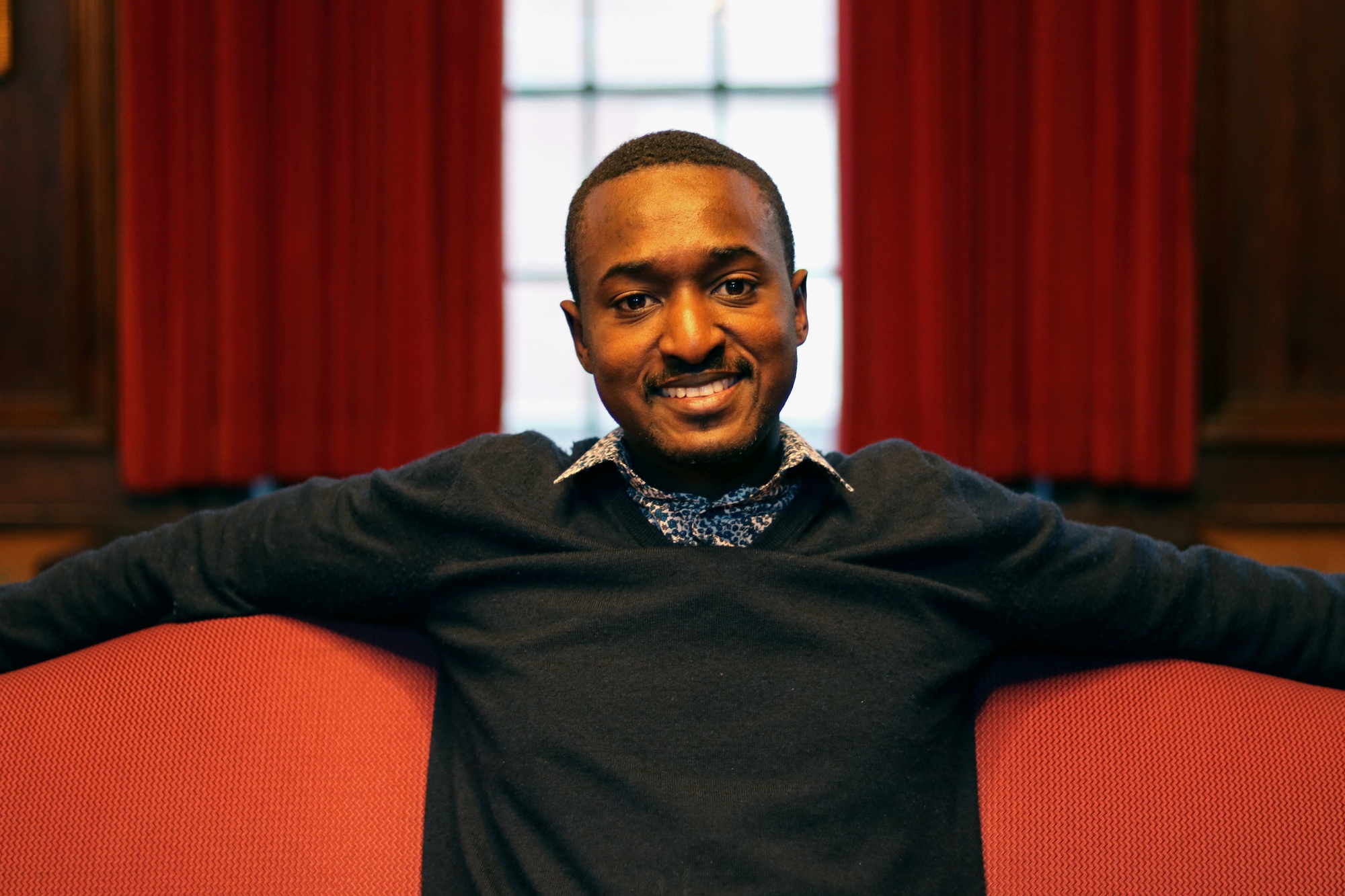 When Justus E. Uwayesu ’18 was about nine years old, he dreamed of going to school. He had never been to school, but every day Uwayesu watched schoolchildren in Kigali, the capital city of Rwanda, laugh and play as he scavenged for food. “What I saw was a symbol of happiness and freedom,” Uwayesu says. “There’s a happiness that has to do with students anywhere.”

Now a senior at Harvard, Uwayesu says he is dedicated to giving the gift of education to as many people as possible. School gives kids “a sense of purpose and something to live for as they grow up,” Uwayesu says. So he started a foundation called Seven United, which recently purchased five acres of land in his home village to build a school. The group has given dozens of children access to formal education, especially focusing on the homeless or those coming from impoverished families.

Without a similar organization’s help, Uwayesu says that he may never have made it off the streets. He and his brother had walked to Kigali to escape a famine that had devastated their home. There, they lived in a garbage dump on the edge of the city, and had to beg for food during the day. A few years earlier, the boys’ parents had been murdered in the 1994 Rwandan genocide.

“It was a place that no human being alive should ever be,” Uwayesu says. When an aid worker came to the dump, he says he told her he wanted to go to school.

Shortly after Uwayesu began his formal education, it became clear he was a gifted student. He picked up three languages in about a year and eventually won a spot in the prestigious Bridge2Rwanda gap year program, which prepares students for college abroad. His college years have been equally successful—Uwayesu recently won the Schwarzman scholarship for postgraduate study in China.

But Uwayesu says he has never forgotten his roots. He uses his story to help inspire those he mentors. “What I teach young people is perseverance, working hard, and having faith in the world, even though sometimes it’s hard,” he says. Uwayesu says he learned these lessons through fishing. He recalls casting lines and waiting for hours, sometimes without a single catch.

“Every young person is going to school for some reason that has to do with their future,” Uwayesu says. “But if you are on the street, it is about now and the present. It is about what you can eat now and how you can survive the danger you are facing.”

Uwayesu had never studied economics before coming to Harvard—he focused on science in high school. But he wanted to understand how to develop a country in ways that “lift millions out of poverty.”

Now Uwayesu is constantly preparing for the future. He plants fruit trees throughout Rwanda, particularly in the region around his home village, in case there is another famine. Seven United has provided health insurance to dozens of impoverished families throughout the country. He imagines a developed Rwanda “free of socioeconomic inequality.”

Uwayesu keeps a bright blue fish in a Poland Spring jug on his windowsill, where it competes with piles of economics textbooks for precious real estate. Fishing, he says, is about “faith” that something will bite, casting a line even after things haven’t worked out.

“I don’t think there is anything that makes me or anyone special in the way we succeed, except having that spirit that tells us to keep going.”