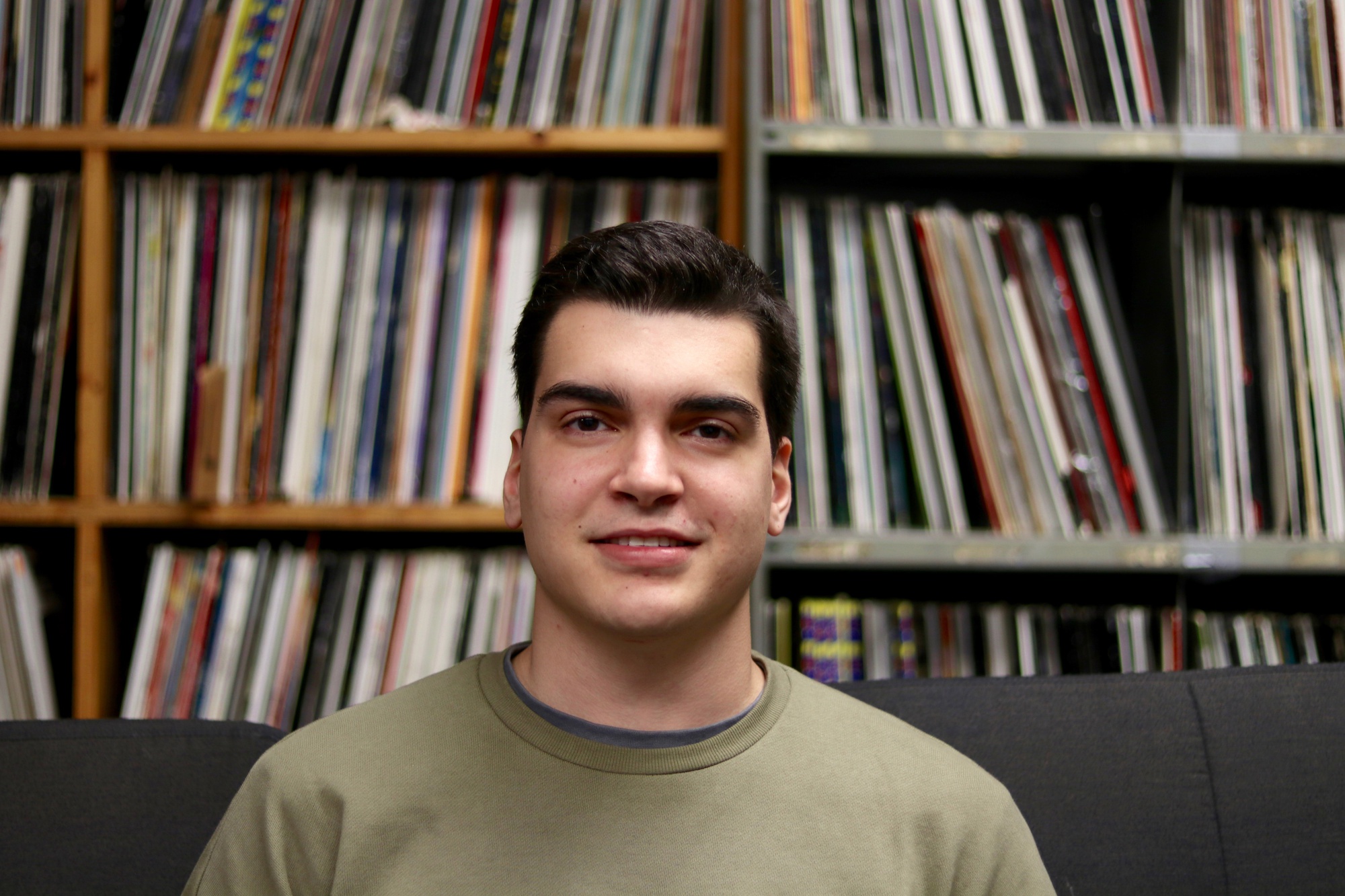 At a club in Milan in the summer of 2016, Paulo J. Pinto ’18 was surprised to hear an Italian DJ spinning some familiar sounds.

“It was crazy, because they were playing Jersey Club music,” he recalls. The genre, which originated in the late 1990’s, has its roots in Newark, New Jersey, where Pinto grew up. It’s a cousin of Philly Club and Baltimore Club, he explains. A Jersey Club track usually features chopped R&B vocals, breakneck tempos that fall between 135 and 145 BPM, and a sample of a squeaky bed spring popularized by Atlanta hip hop trio Trillville’s “Some Cut.”

We’re sitting in the basement headquarters of WHRB, where Pinto hosts Saturday night radio shows. He plays me a few seconds of a Jersey Club remix of Lady Gaga’s “LoveGame.” In Newark, “everyone just knows the songs,” but the memory of the club in Milan still sticks with him.

That Pinto found himself in Italy at all that summer was, in some ways, exceptional. Pinto is undocumented. He was born in Portugal and moved to the U.S. at the age of five. He is one of nearly 800,000 immigrants protected by Deferred Action for Childhood Arrivals—an Obama-era program that President Donald Trump has started to dismantle.

Pinto’s trip to Milan—a weekend excursion during a two-month study abroad program in Venice—was largely possible because of DACA. DACA recipients, who comprise just a fraction of the 11 million undocumented immigrants in the U.S., are eligible for travel permits called advance parole. Since Sept. 5, 2017, when the Trump administration announced that DACA would be phased out, the Department of Homeland Security has not approved any advance parole applications for DACA beneficiaries. 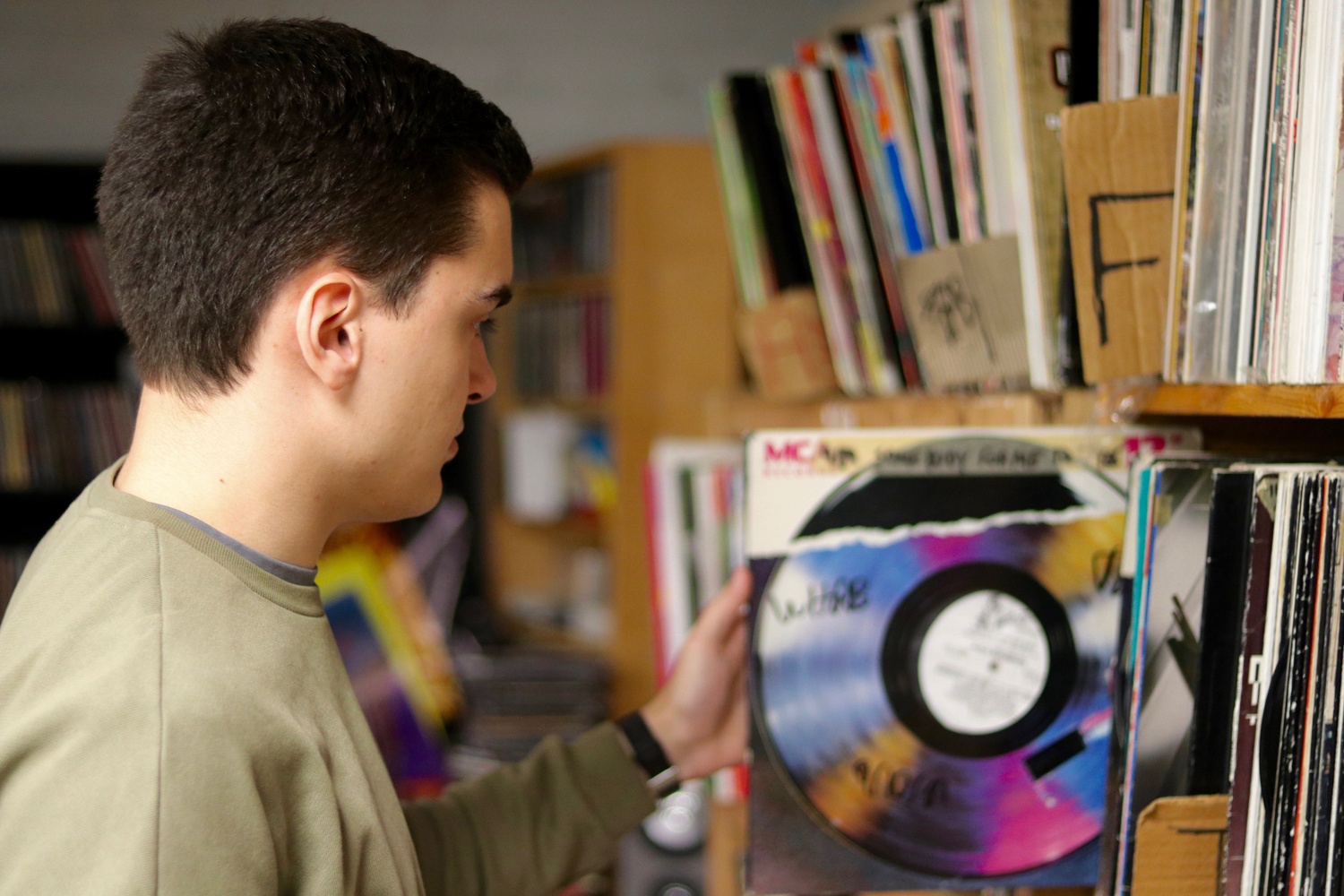 During that summer abroad, Pinto returned to Oliveira do Hospital, where he was born, for the first time in 15 years. He says he was surprised by how much he remembered about his early life there. “I can’t really give you an overview, like ‘A Day in the Life of Paulo in Portugal,’ but I have vivid memories of small tidbits,” he says. “My house, my grandparents’ house, random fields that I would walk through, schools, parks.”

It turns out that Pinto’s two hometowns—Oliveira do Hospital and Newark—sit on the same latitude. “It’s really weird,” he says. “My parents just went directly across the ocean.”

Issues of migration have been central to Pinto’s life at Harvard since he arrived on campus. As a freshman, he joined Act on a Dream, an immigration advocacy organization. He went on to become the group’s director. In the last few years, Act on a Dream has grown tremendously: The board has tripled in size, Pinto says, and the group’s funds have increased 500 percent.

Back in the WHRB basement, we talk about movies. “Fire at Sea,” an Italian documentary about the European migrant crisis, is a recent favorite of his. “It’s striking to see how the issues of borders and migration are never really limited to your situation, or the U.S.,” Pinto says.