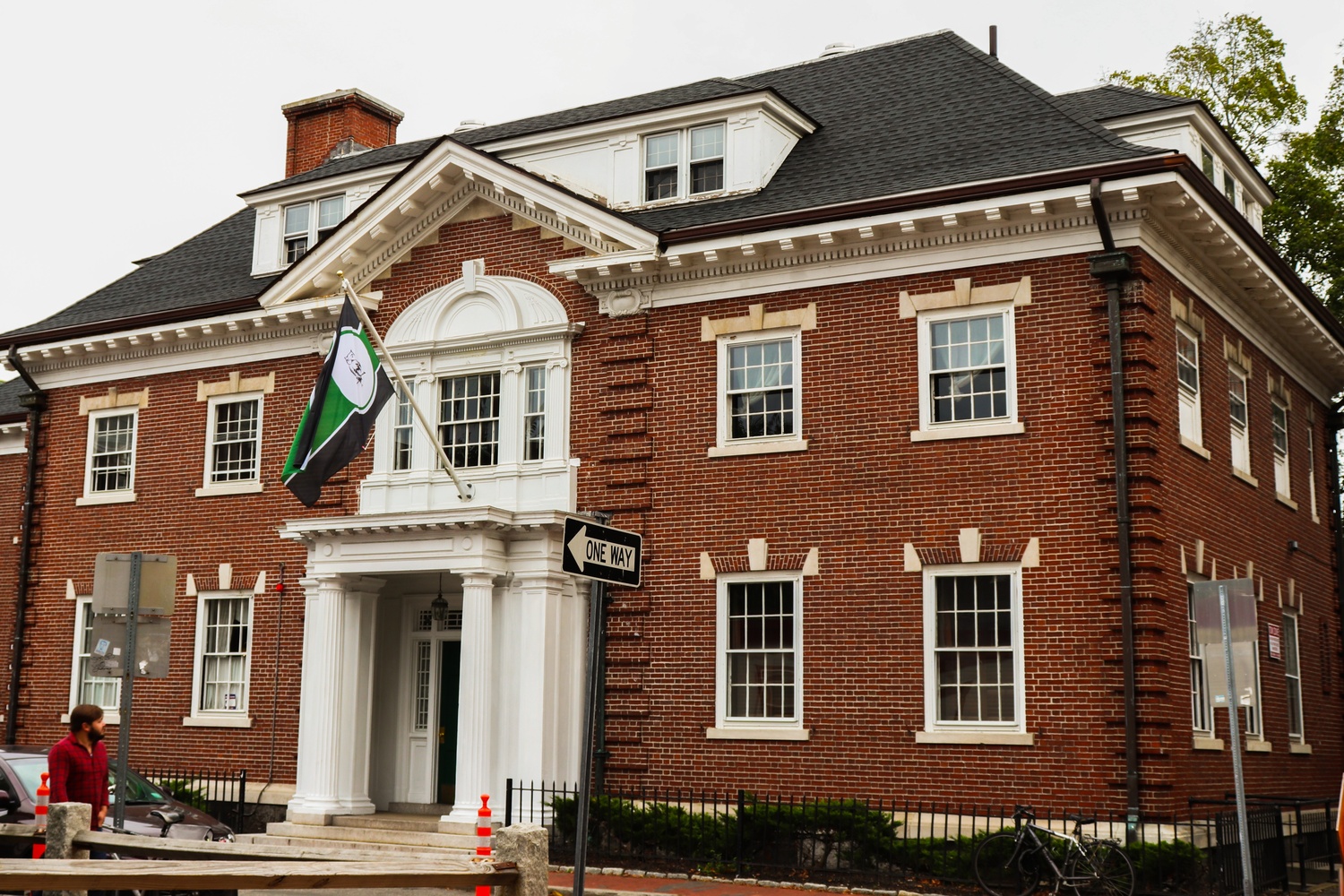 The Owl Club is one of the final clubs that is affected by the sanctions. By Lu Shao
By Hannah Natanson and Derek G. Xiao, Crimson Staff Writers

The College’s May 2016 penalties on members of single-gender final clubs and Greek organizations will remain in effect after the Harvard Corporation voted to keep the policy unchanged on Monday.

In a historic intervention into undergraduate social life, the Corporation, the University’s highest governing body, formally voted to adopt the policy and ended more than a year of contentious debate over the sanctions. The 13-member governing body’s vote is meant to ensure the policy will remain in effect under the tenure of Harvard’s next president, who will take office in July 2018.

“We cannot ignore the responsibility we bear in relationship to our students’ experience in these settings and their effect on the broader community,” Faust and Lee wrote in the letter. “The USGSOs have a very different relationship to the campus than was the case a generation ago, and it cannot be seriously disputed that the overall impact is negative.”

“We proceed on the hope that the existing policy will be a powerful inducement to change,” they wrote.

[Confused about the status of Harvard’s social group policy? Read an explanation here.]

Maintaining the sanctions was one of three options before Faust and the Corporation for the future of undergraduate social at Harvard. In January, after significant Faculty pushback to the policy and the way the way it was crafted, the College formed a committee to study “whether the policy can be improved, either by changing aspects of its existing structure or through some broader revision.”

The committee ultimately recommended three possible options: keep the current set of penalties for members of single-gender final clubs and Greek organizations, ban membership in the groups, or consider an undefined set of alternatives.

The Corporation also voted Monday to require a comprehensive review of the policy, set to take place in roughly five years. The standing Committee on Student Life, a student-faculty group, will also make “periodic, interim reports” to Faculty members and administrators, according to Faust and Lee’s letter.

The standing committee’s work will “ensure that the College has an ongoing understanding about how the undergraduate experience is evolving in light of the policy,” Faust and Lee wrote. The pair wrote in their letter that they “recognize that the existing policy may not be effective in addressing all aspects of the problems identified through the careful work of the committees convened in recent years.”

The Corporation’s decision comes in the midst of Harvard’s ongoing search for its 29th president, begun soon after Faust announced her plans to step down. In their letter, Faust and Lee wrote the Corporation acted in part to ensure Faust’s successor could not alter the College’s social group penalties.

“At this moment of presidential transition," Lee and Faust wrote, "the community has an interest in being assured that the decision announced today is not contingent on the occupant of Massachusetts Hall."

As the Corporation reviewed the three possible paths forward, it discussed all possibilities with Harvard’s lawyers, according to the letter.

“The questions raised by the USGSOs implicate a range of fundamental institutional interests,” Faust and Lee wrote. “Every option under consideration, including maintaining the status quo, presented a set of legal considerations requiring advice from counsel.”

The College’s social group policy took effect this fall with the arrival of the Class of 2021—but administrators said they were awaiting a finalized policy before imposing punishments on members of single-gender groups.

Dean of the College Rakesh Khurana wrote in an email sent to students Tuesday afternoon that Harvard will implement the social group policy consistent with recommendations he accepted in February 2017. He also wrote that the Office of Student Life will “oversee the implementation” of the penalties.

Dean of Students Katherine G. O’Dair and staffers in the Office of Student Life will work with students —including members of single-gender social groups—to enforce the penalties going forward, according to an emailed statement from O’Dair.