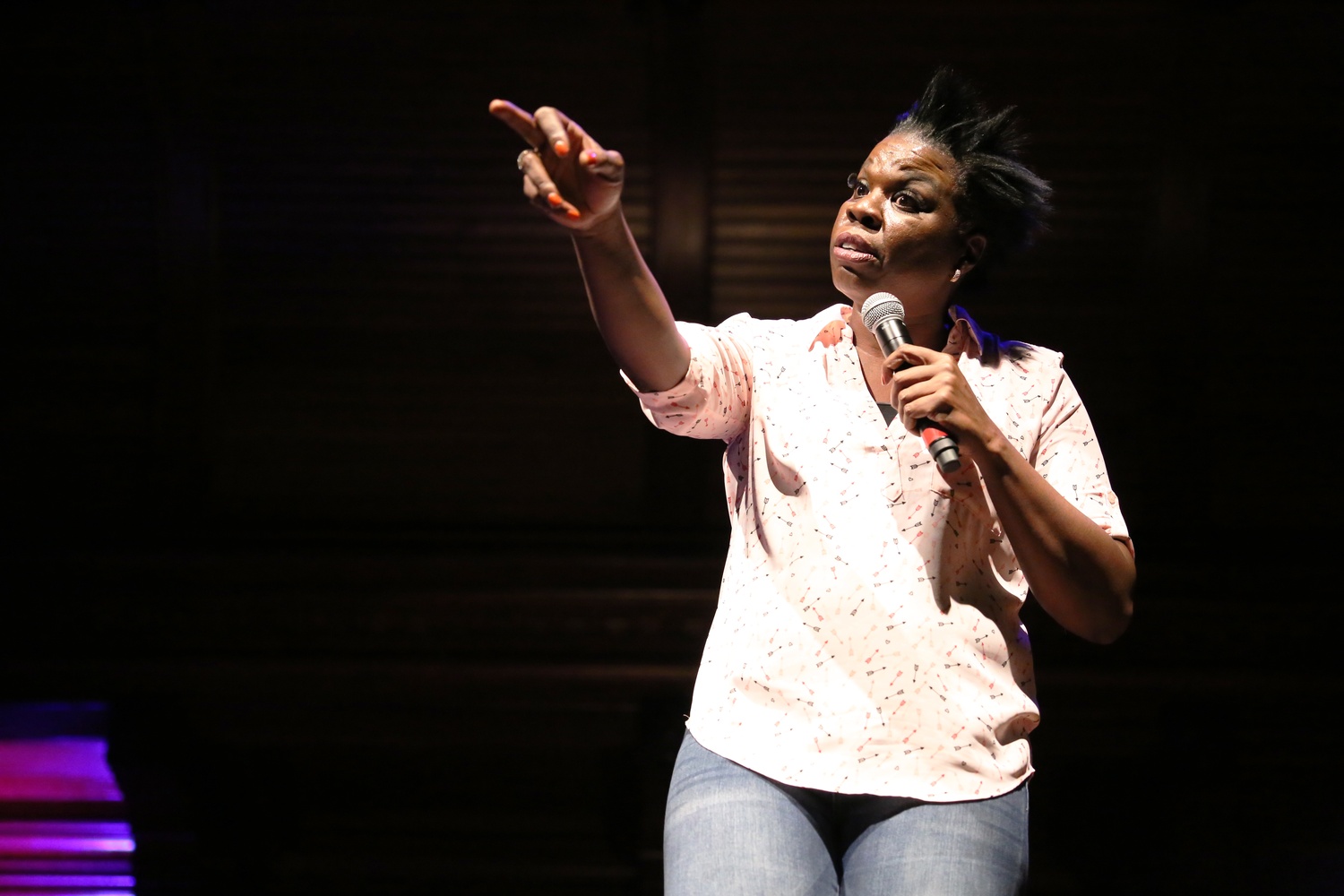 In a show sponsored by the Office of Student Life and the College Events Board, Jones—a cast member and writer on SNL also known for her role in last year’s “Ghostbusters”—mocked an audience of Harvard undergraduates for their intense study habits and subdued sex lives, teasing one student in particular for “taking notes” during the show.

“You look like you would pull out a chalkboard before you have sex,” Jones said of another student, miming scribbling equations on a board.

Amid loud applause, Jones opened her set by admitting that she would not have gotten into Harvard with her grade point average—but added that her “street smarts” far surpassed anyone’s in the audience.

Jones then ran over to marble statues of James Otis and Josiah Quincy on both sides of the stage and ridiculed their attire and poses. “You ain’t nobody man, you just got on a dress and some ugly ass shoes,” she said.

Warning the crowd that she was going to talk about “harsh reality,” Jones posed a challenge to the audience to count how many times she swore over the course of a frequently-profane set. “I want y’all to count how many curse words I say. Y’all so smart,” she said.

Launching into anecdotes about her personal and professional life, Jones mused on how fame has changed her from being “normal” to having “white folks make [her] take pictures with their babies.”

Jones also ruminated on gender roles, and described her approach to activism on women’s rights as simply “being a woman.”

In an extended riff on why women are “crazy”—they have to “carry a human around in our body” like a backpack, she said—Jones concluded with a call for women to “embrace your crazy shit.”

Audience members received the show with mixed opinions: some, like Victoria Chan ’17, were surprised by Jones’ comedic tactics, like picking out people from the audience to joke about.

“It was more raunchy than I expected, but I think she talked a lot about things that we could relate to,” Chan said.

Others, like Amy Zhao ’18, appreciated Jones’ direct sense of humor.

“It was really cool how she wasn’t afraid to address some topics,” Zhao said, adding that Jones was “honestly such a riot.”