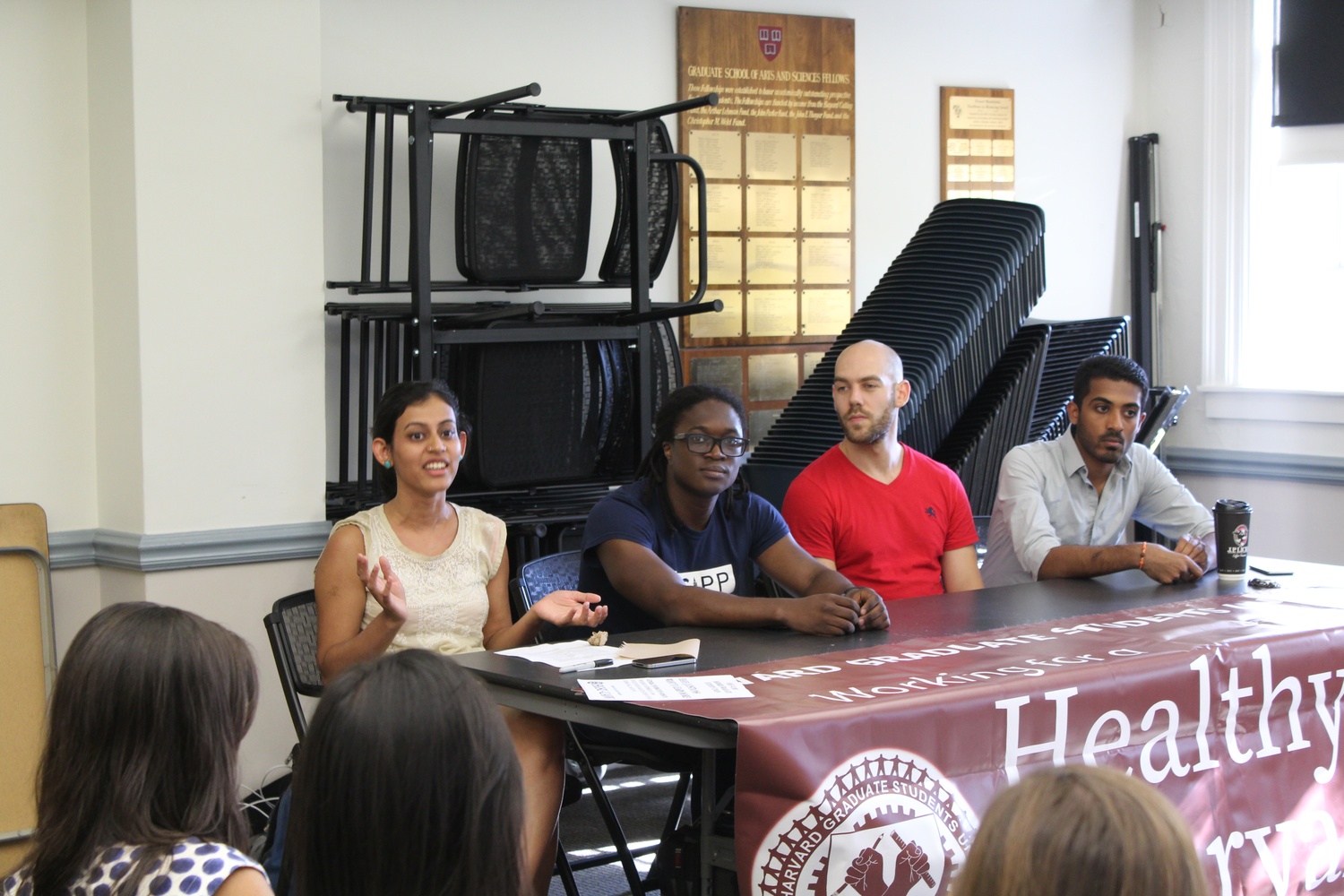 Lawyers for Harvard's student unionization effort and the University presented arguments to the National Labor Relations Board in Boston Wednesday, kicking off a hearing that could determine the outcome of last year’s too-close-to-call unionization election.

Before the hearing started, Thomas A. Miller, the NLRB hearing officer, said he would accept post-hearing briefs from both parties. After reading the briefs, Miller will submit recommendations to Walsh, who will rule on the issues in the case.

On Wednesday, lawyers for Harvard and the union effort discussed whether specific categories of voters who voted under challenge should be considered eligible.

“Our position is very straightforward. We contend that doctoral students who have been employed in the bargaining unit for at least one semester during the academic year prior to the election itself, and who were not, at the time of the election, in their dissertation year, are eligible to vote,” said Thomas W. Meiklejohn, an attorney for the unionization effort, during opening arguments.

Meiklejohn argued that graduate students who had been previously employed as teaching or research assistants would likely be re-employed in a future semester, and thus had a “continuing” employment relationship with Harvard. The two parties had previously stipulated in a pre-election agreement those students would be eligible to vote under challenge in November’s election.

Citing prior NLRB decisions, Meiklejohn asserted there should be a “lookback period” to allow students who had worked at most one year prior to the election to vote.

University counsel Joseph P. McConnell reiterated Harvard’s stance against allowing doctoral students who were not employed as academic workers during the election to have their ballots counted.

“It is Harvard’s contention that none of these individuals should be counted,” McConnell said. “There should be no lookback period. And it’s certainly not an anathema to the Board’s policies that there not be a lookback period. ”

The University’s legal team also called Graduate School of Arts and Sciences Dean for Administration and Finance Allen Aloise and GSAS Dean for Admissions and Financial Aid Mohan D. Boodram to testify about the University’s financial support and employment policies for graduate students at the hearing.

The hearing comes after months of uncertainty about whether Harvard students will unionize. After the November election, the vote count was delayed as Harvard and union organizers discussed which challenged ballots should be counted.

But Harvard and the union did not resolve every challenged ballot—313 remained disputed.

A Dec. vote count showed that 1,456 of the tallied ballots opposed unionization, while 1,272 supported it. Since the margin between votes for and against the union was smaller than the number of challenged ballots, the NLRB will resolve which challenged ballots will be counted.

Over the course of the hearing, the NLRB will also decide whether objections filed by the University and the union are valid. The union organizers argue that the NLRB should call for a re-vote, asserting Harvard’s lists of eligible voters were incomplete and prevented eligible students from casting ballots.

Harvard, meanwhile, objected to a single ballot that the NLRB marked void because the voter wrote a message to the vote counter and drew a smiley face.