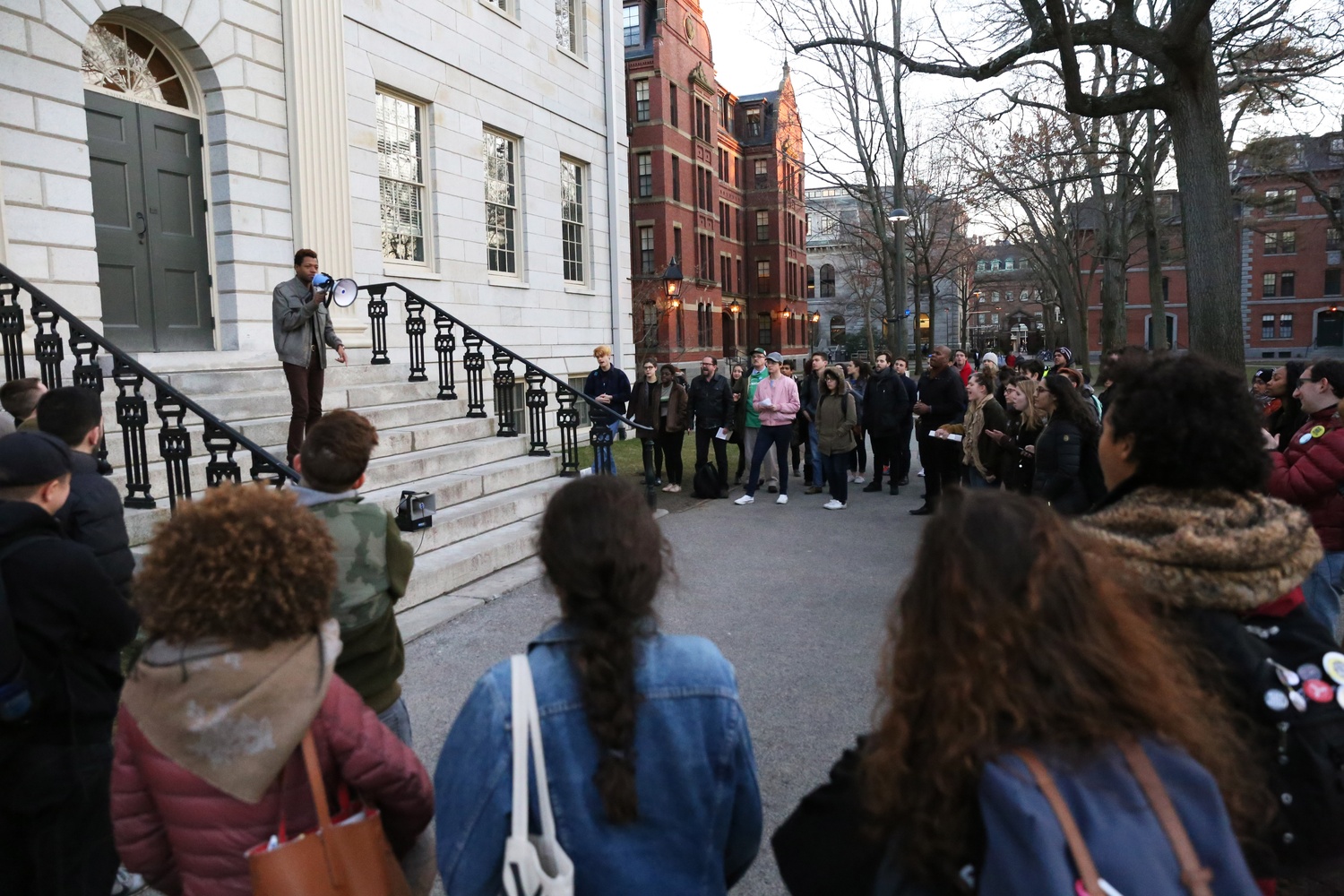 Dozens gathered in the Yard Monday to express support for transgender rights, protesting President Donald Trump’s decision to rescind federal protections for transgender students that allowed them to use the bathroom that fits their gender identity.

“[Transgender students] are embraced and supported here and we don’t stand for this kind of attack,” Noah R. Wagner ’18 said. “We will stand up and say no.”

Organized by the Trans Task Force, the rally was intended to provide a “cathartic experience for those affected” by Trump’s policies, according to Farris M. Peale ’18. Speakers suggested providing more gender neutral bathrooms on campus, creating gender neutral freshmen housing, and maintaining relationships with other identity groups on campus.

Members of other student groups on campus, including the Harvard Islamic Society and the Black Students Association, joined the rally in solidarity with the Trans Task Force.

“We have to some extent protection in Massachusetts, in Cambridge, and at Harvard, but want to continue expressing our opposition to the attacks that Trump’s administration and the Republicans broadly are making on vulnerable communities,” Wagner said.

Wagner said they believe the College should provide better accommodations to trans students, pointing in particular to the lack of gender neutral housing for freshman students. While all rising sophomores, juniors, and seniors have been able to request gender neutral housing in the upperclassman Houses since 2014, freshman who prefer gender-neutral housing must contact the BGLTQ Office and the Freshman Dean’s Office.

“There is a lot that Harvard is yet to do,” Peale said in an interview after the rally.

Lispeth J. Tibbits-Nutt, a BGLTQ specialty proctor in Holworthy and speaker at the rally, enumerated the resources available to transgender students and said she is always willing to talk if students need support.

“In a time when there are so many different issues begging to be fought over, continuing to come together is extremely important,” she said.

Sheehan D. Scarborough ’07, who assumed his position as the director of the Office of BGLTQ Student Life this month, also spoke at the rally.

“I wish we didn’t have to tell the world that trans rights matter,” Scarborough said to the crowd.