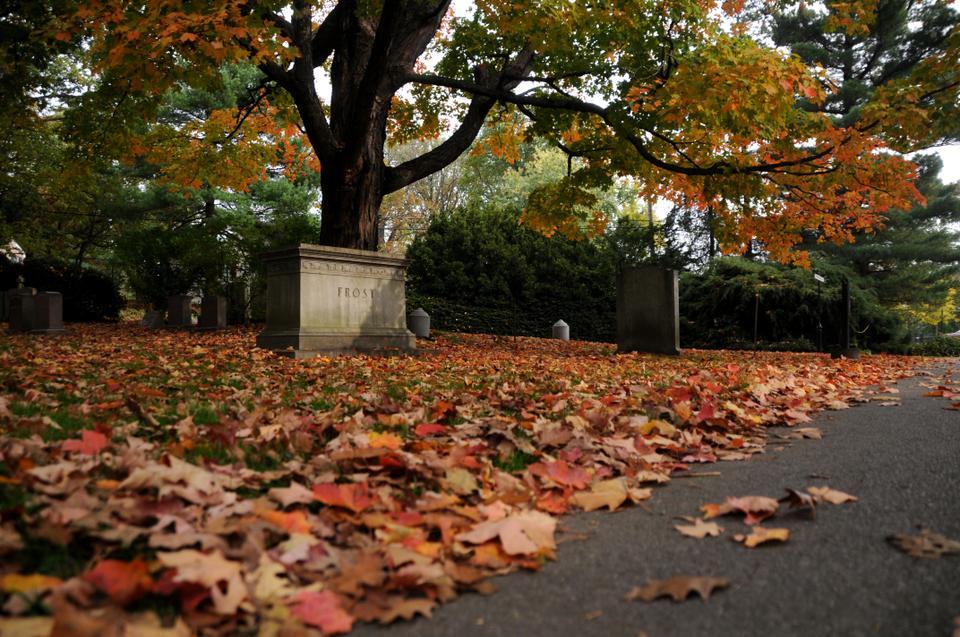 Fall foliage is at its chromatic peak in Mt. Auburn Cemetery, as red, orange, and yellow leaves litter the graves and monuments.
By Harshita Gupta, Crimson Staff Writer

Landscape Services, a unit of Harvard Campus Services, is replacing their traditional, fuel-powered landscaping equipment with battery-powered counterparts in an attempt to reduce noise and air pollution.

“We wanted to go one step further and see if we could start working on not only reducing the decibels on our blowers and small engine equipment, but also [reducing] emissions–which would be advantageous to the community, the environment, the University, and the operators of the equipment,” Carbone said.

The leaf blowers are part of Harvard’s larger Organic Landscaping Initiative, which has replaced chemical-free fertilizers, and introduced composting and organic fertilizers over the last ten years.

“Our organics program is one of the leaders in the country, and this is just an expansion of that,” Carbone said. “We’ve eliminated all chemical use on campus, all synthetic fertilizers; it’s been a pretty successful program. As always, we’re always looking for green products.”

Carbone said his long-term goals as Manager of Landscaping Services are sustainability-driven and that Harvard can set a precedent with its landscaping practices.

“I think they’re positive changes. I’m glad that Harvard is giving us the opportunity to expand these programs, and my goal is to reduce or eliminate all small combustible engines in the future,” he said. “If we can do that and prove that it can be done in a university setting, then hopefully others will take on the challenge.”

After evaluating the success of the Yard program, Carbone said Landscape Services could expand the battery-powered equipment to all undergraduate residential areas, and potentially academic areas after that.