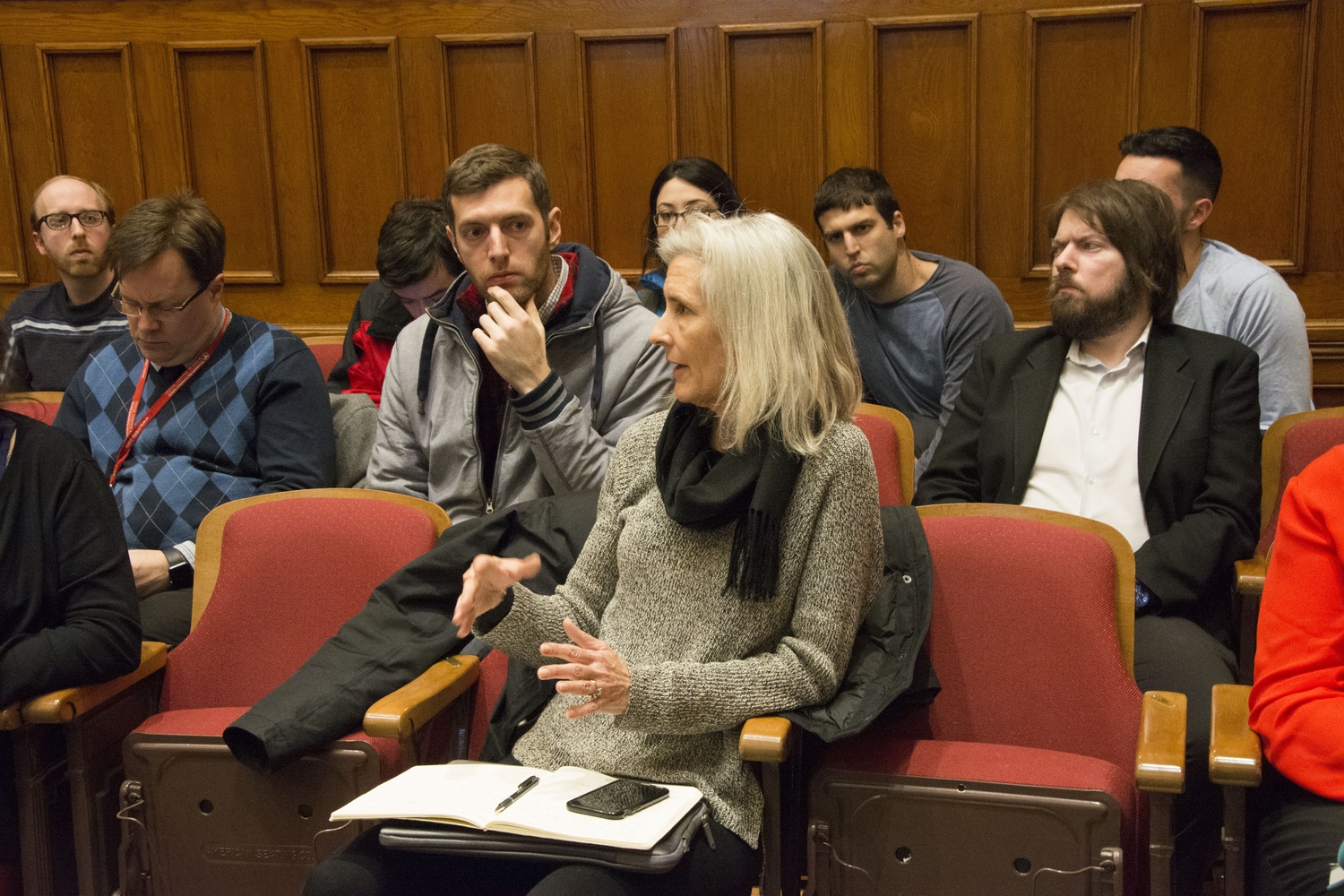 Cambridge City Councilor Jan Devereux joined over 25 Boston area residents in criticising planned cuts to late-night MBTA service during a public hearing held in Cambridge City Hall Wednesday night. Among the public’s concerns were the needs of workers who depend on the service, as well as the desire for a reliable transit system as Boston develops. By Sidni M. Frederick
By Nicholas W. Sundberg, Crimson Staff Writer

“That’s not our police force’s job to go out and enforce those regulations,” Councillor Craig A. Kelley said at the meeting.

“We’ve always been proud of being a sanctuary city,” Vice Mayor Marc C. McGovern said. “It’s not enough to just say we’re a sanctuary city but we have to resist and push back against the hatred that’s coming out of the White House.”

The Councillors also voted unanimously to establish the Richard C. Rossi Housing Assistance Fund in recognition of the efforts of the recently retired City Manager. In a letter to the City Council, City Manager Louis A. DePasquale applauded Rossi’s dedication “to the creation and preservation of affordable housing and improving access to affordable housing in Cambridge.” The fund received an initial deposit of $35,641.46 comprised of donations received during the fall of 2016

“This will go a long way in helping folks,” Rossi said, thanking the council and Cantabrigians for their support in providing affordable housing.

Councillors also requested that the City Ordinance Committee invite all landowners in Alewife to a hearing about the future of zoning in the area. Councillors asked the committee to go over previous changes to zoning requirements in the area and to ensure residents have a voice in further changes and development projects moving forward.

“I’ve heard from some of them they’ve not been particularly engaged," City Councillor Leland Cheung said.

Also at the meeting, the Council advocated increasing speed limit signage in the City following the recent city-wide decrease to a speed limit of 25 miles per hour.