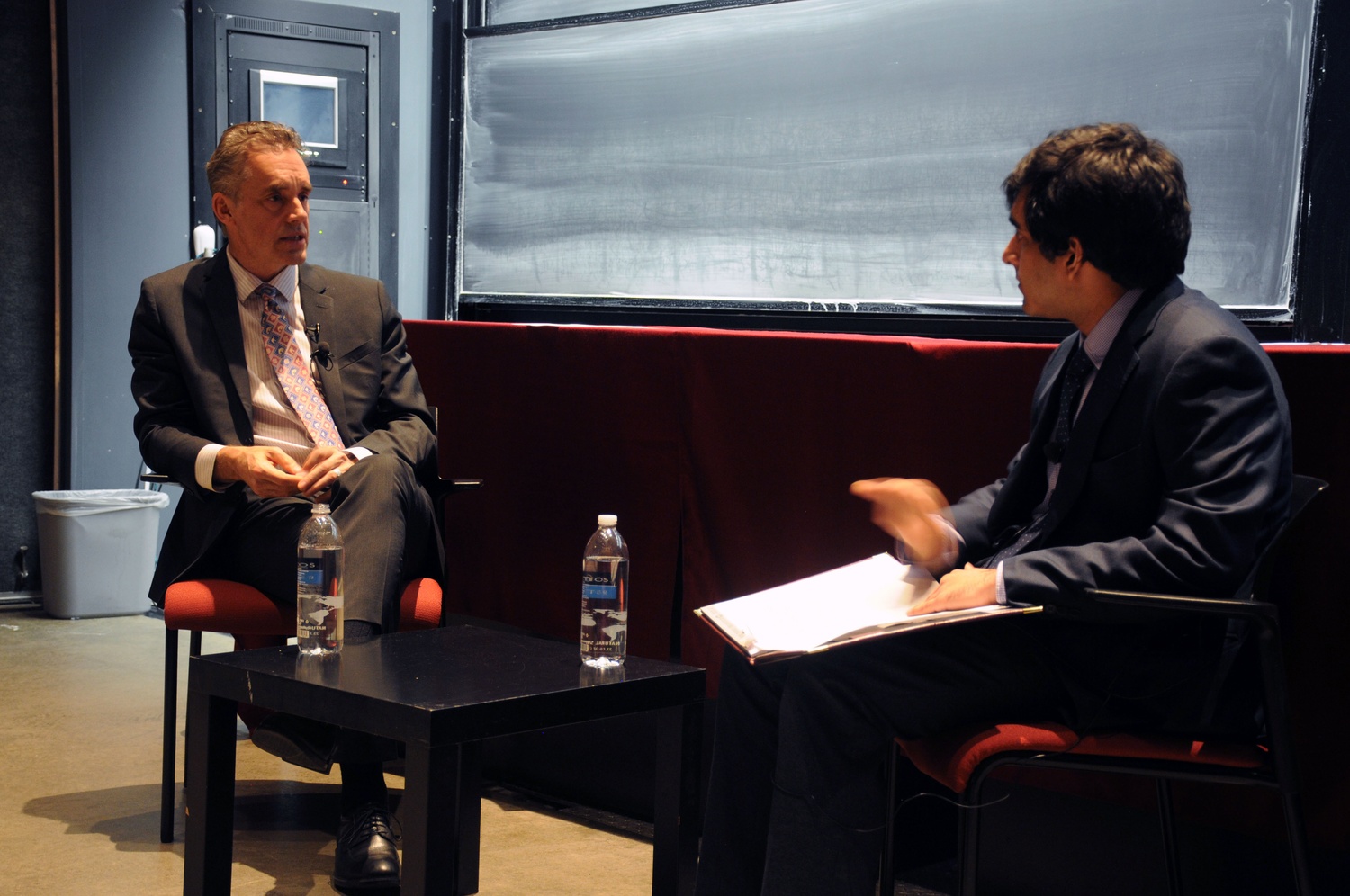 Amid silent protest, Jordan B. Peterson, a psychology professor who has drawn criticism for his stances on gender identity, spoke in the Science Center at an event hosted by the newly formed Open Campus Initiative Monday evening.

At the event, Peterson outlined his criticism of transgender people, arguing that the idea that biological sex and gender were independent quantities was “wrong.” Peterson also sharply criticized ‘safe spaces’ on college campuses, women and gender studies, and activism.

Discussing his public refusal to use pronouns other than “he” and “she,” Peterson said, “One thing I won’t do is use the made-up words of postmodern neo-Marxists, who are playing a particular game to gender identity, as an extension of their particular reprehensible philosophy.”

The event attracted quiet protest. At the start of the event, several students stood outside the Science Center with a banner sporting transgender flag colors, and flyers with information from the Office of BGLTQ Student Life. Around five students inside the event held up signs with statements of solidarity with transgender people during Peterson’s talk.

Some students criticized the group for inviting these speakers, arguing that it gave a platform to hate speech.

“I was really pleasantly surprised there were no disruptions. And I thought we did a good job challenging [Peterson],” Healy said.

Speaking to an audience overwhelmingly comprised of white men, Peterson said he thought college campuses were “overrun, in large part, with disciplines that have, in my estimation, no valid reason to exist.”

“I think disciplines like women’s studies should be defunded,” he said. “We’re causing full time, destructive employment for people who are causing nothing but trouble. What they promote has zero intellectual credibility.”