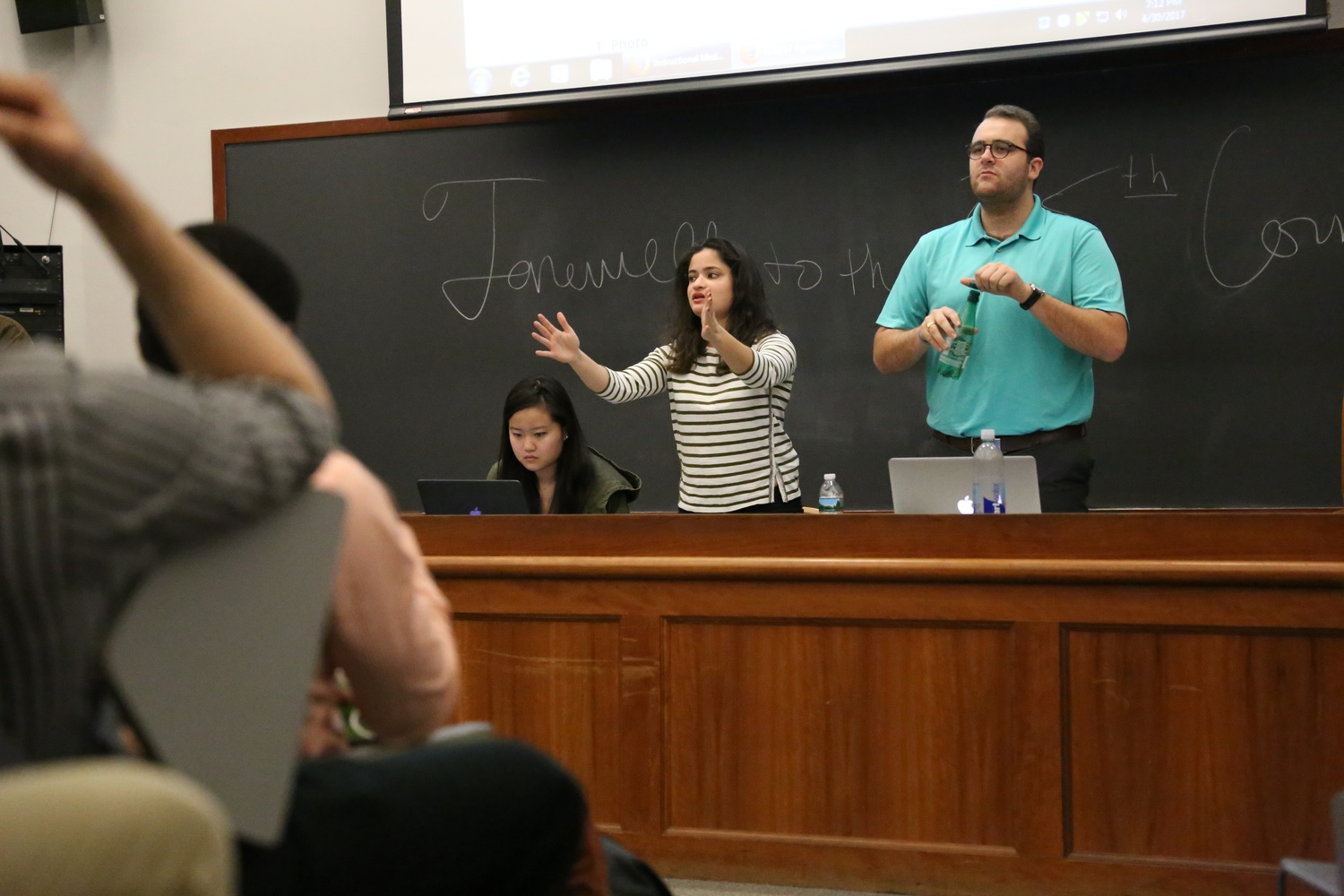 The Undergraduate Council voted to fund menstrual hygiene products in some upperclassmen Houses in fall 2017 at their last general meeting of the semester on Sunday night.

The UC first endorsed the initiative—developed by the Harvard College Hygiene Campaign Club—three weeks ago. The money will come from the UC’s discretionary fund, a $46,000 fund available to any individual or committee that receives majority Council approval. The UC previously funded a program to provide tampons and other feminine hygiene products in Harvard Yard for freshmen. The Office of Student Life will look at the pilot program’s results before deciding whether to fund feminine hygiene products for a longer period of time.

Eudora L. Olsen ’17, Hygiene Campaign Club President, said she spoke to House Committee Chairs and College administrators with the hope of finding monetary support for the initiative. Olsen said that she and her group hoped to provide menstrual hygiene products in four Houses, and one House per neighborhood.

“I met with HoCos of several of the different Houses beyond just the four because we’ve been looking to garner financial support for this program. I’ve also met with Dean [of Students Katherine G.] O’Dair several times to talk about other possible sources of funding,” she said.

However, Olsen said the UC was the only remaining source of funding.

“For this next semester, there are no other sources of funding that we could depend on for the $1,700 this will cost,” she said.

Victor C. Agbafe ’19 said House Committees were previously hesitant to provide financial support for the program and asked if Olsen had spoken to each of the House committees in her search for funding.

Olsen said HoCos will only be responsible for distributing surveys and arranging meetings between building managers and members of the Hygiene Campaign Club. The pilot program is meant to gather data through surveys in the hopes that the College will fund it in the “long-term,” according to Olsen.

“The point of this pilot program is to gather data. So we’ll be giving out a survey, which has already been given to all of the houses....about what type of products people need, where they want them to be, and that sort of thing,” she said. “The data from this program and the program in the Yard is going to be invaluable for future funding sources that will be more stable.”

The legislation passed the Council unanimously.

The UC also voted to fund a party at Felipe’s Taqueria for undergraduates on May 3 as part of “Club 1636,” which started last year and provides students free food at various restaurants in Harvard Square.