Zuckerberg Asks Graduates to Create ‘Purpose’ in the World 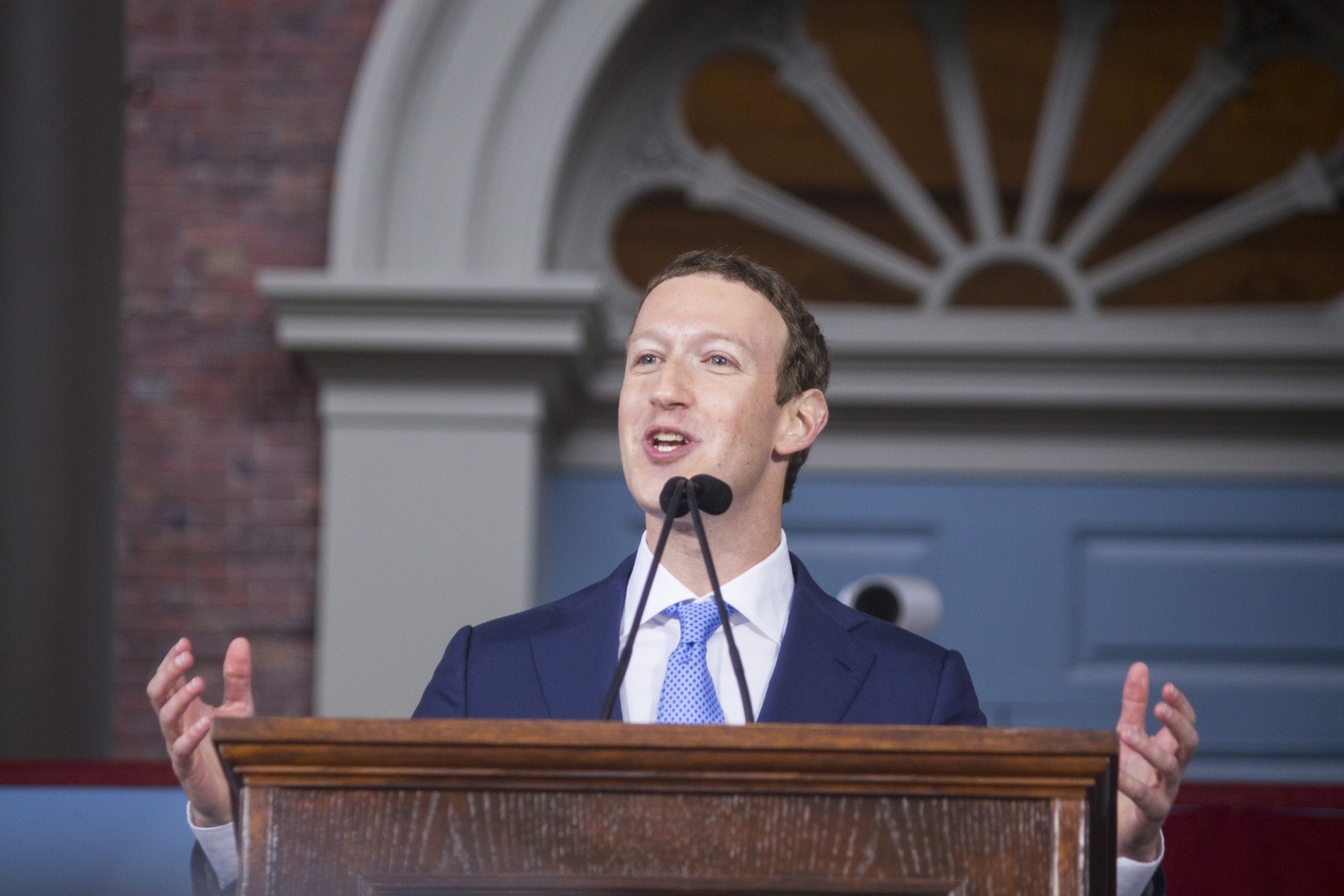 Much of Zuckerberg's 30-minute speech focused on 'purpose'—a term he defined as working for something bigger than any individual person. By Helen Y. Wu
By Hannah Natanson and Derek G. Xiao, Crimson Staff Writers

Facebook founder and Harvard dropout Mark E. Zuckerberg implored graduates to create “purpose” for themselves and others amid an “unstable time” in the United States during a rain-drenched Commencement address Thursday.

Much of Zuckerberg’s 30-minute speech focused on “purpose”—a term he defined as working for something bigger than any individual person. He said the biggest challenge facing Harvard’s Class of 2017 is to create a world “where everyone has a sense of purpose.”

“This is the struggle of our time,” he said. “The forces of freedom, openness and global community against the forces of authoritarianism, isolationism and nationalism. Forces for the flow of knowledge, trade and immigration against those who would slow them down.”

“This is not a battle of nations, it’s a battle of ideas. There are people in every country for global connection and good people against it,” he added.

Zuckerberg, who founded Facebook in his Kirkland House dorm room before dropping out, also took a few minutes to reflect on some “good memories” of his time at Harvard. He told the audience about the moment he found out he got into Harvard—he was playing a video game and “ran downstairs” to find his dad—and about the first lecture he attended at the College, a Computer Science 121 presentation given by former Dean of the College Harry R. Lewis ’68. Zuckerberg remembered showing up to that class with his t-shirt on “inside out” and the “tag sticking out the front.”

He also recalled some less happy memories, like the time he was called before the Administrative Board—then the College’s main disciplinary body—in 2003 for creating Facemash, a controversial site that allowed Harvard students to rank the attractiveness of their peers. In the opening lines of his speech, Zuckerberg gave a special hello to “members of the Ad Board” sitting in the audience.

Still, he said he remains fond of Harvard, the place where he met his wife Priscilla Chan ’07. Zuckerberg said he considers Facemash a vital part of his Harvard career, though he emphasized the website had little to do with the genesis of Facebook.

Referencing the 2010 biographical film “The Social Network,” Zuckerberg said, “That movie made it seem like Facemash was so important to creating Facebook—it wasn’t.”

Earlier in the week, Zuckerberg stopped by his old dorm room in Kirkland. While in the room, Zuckerberg hosted a 23-minute live Facebook video with Chan, which eventually garnered over seven million views online.

Upon exiting Kirkland, Zuckerberg—clad in his trademark grey t-shirt and jeans—was immediately swarmed by students and tourists asking for pictures.

Zuckerberg has occasionally returned to Harvard’s campus over the course of his career.