The Harvard Corporation—along with three members of the Board of Overseers—will choose the University's next president. Here’s a look at what the Corporation is, who sits on it, and what it does.
By Brandon J. Dixon and Claire E. Parker 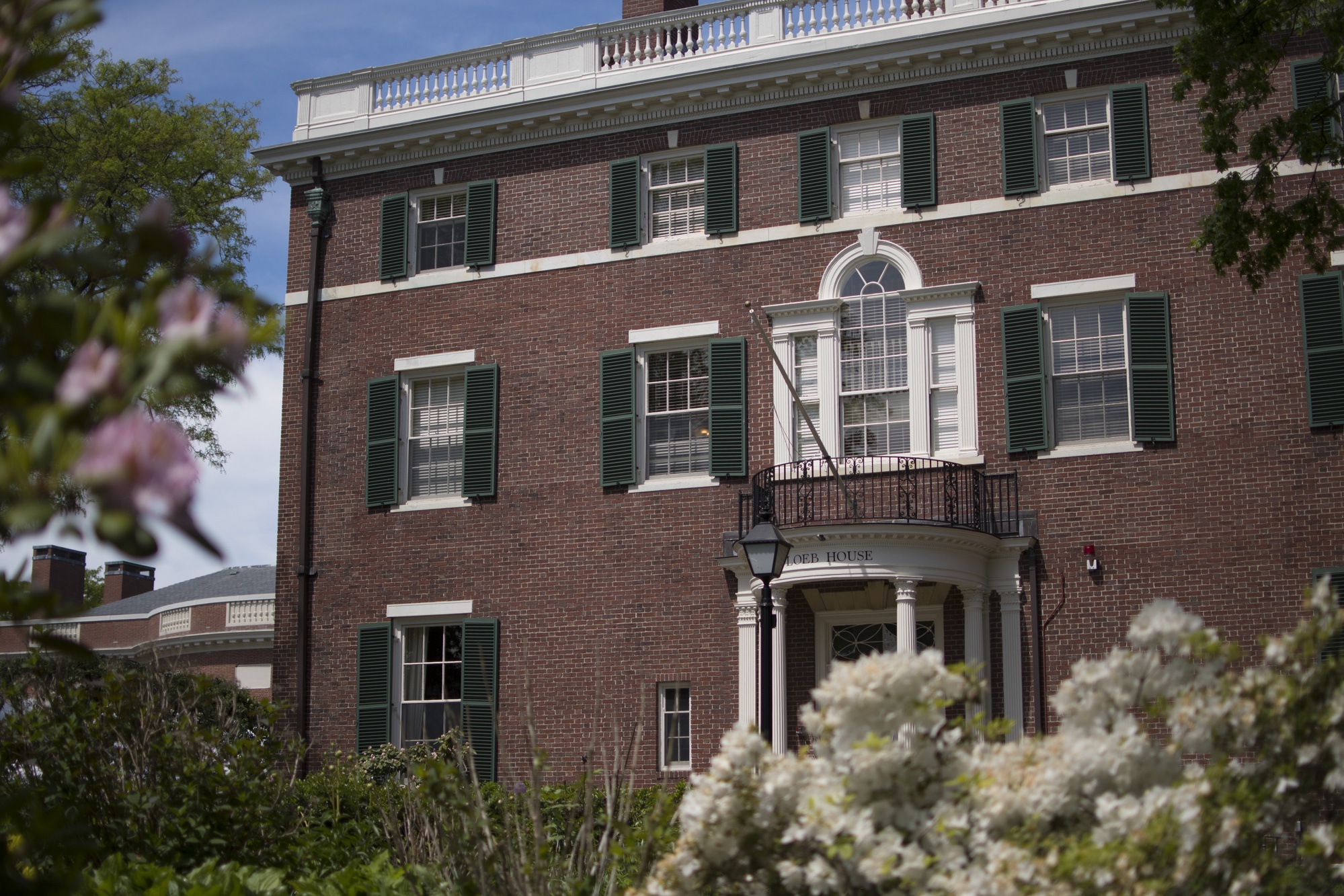 Now that University President Drew G. Faust has announced that she will step down in June 2018, the Harvard Corporation will exercise its most visible influence over campus life: selecting the University’s next president. Like any leadership change, it’s a pivotal moment for Harvard, and the decision the Corporation makes will steer the centuries-old University’s course for years to come. Here’s a look at what the Corporation is, who sits on it, and what it does.

What is the Harvard Corporation?

The Harvard Corporation is the smaller and more powerful of Harvard’s two governing bodies. The oldest corporation in the United States, it lists 13 members, including the president, who sets the board’s agenda but does not vote at meetings.

From setting Harvard’s budgets to selecting the deans of individual schools, the Corporation has the final say on any number of the most pressing issues facing Harvard. Its members help Harvard raise money and serve as a sounding board for the president as she makes major University decisions. In just the last few years, the Corporation accepted a proposal to change Harvard Law School’s seal and it must approve any revisions to a controversial policy penalizing membership in single-gender social organizations.

Members typically convene in Harvard Yard’s Loeb House seven or eight times during the academic year and head to Cape Cod for an annual retreat in the summer.

Who sits on the Corporation, and how does one become a member?

A carefully curated mix of prominent academics, lawyers, and business magnates make up the the Corporation’s membership. True to its secretive reputation, the group is self-selecting; members decide on candidates to replace their outgoing colleagues, and a majority vote of approval from the Board of Overseers, Harvard’s larger and less powerful governing body, seals the deal.

Between its 12 members, the body tries to maintain a portfolio of expertise—for example, when former Corporation member and investment manager James R. Rothenberg ’68 died in July 2015, the governing board lost both a friend and an important source of financial wisdom.

The Corporation quickly sought out David M. Rubenstein, a billionaire philanthropist and private equity titan, to help govern the wealthiest University in the world.

But it wasn’t always this way. For over three centuries, the Corporation had only six members, plus the University president—a strikingly small board compared to those of most universities. By the first decade of the 21st century, its size was no longer tenable, and faculty were raising concerns about the body’s transparency. So in 2010, the Corporation approved a sweeping set of reforms that doubled its membership, created specialized committees, and instituted term limits.

Keohane is the first Corporation member to “term-out”—in other words, leave because her two six-year terms are up. Rubenstein will take her spot in July.

What is the Board of Overseers, then?

The Board of Overseers—which is comprised of 30 Harvard degree holders elected by alumni vote in May each year—is the less powerful of the University’s two governing bodies. Most universities have only one board, so Harvard’s split model is somewhat of an anomaly among its peer institutions. The Overseers focus on academic affairs, with visiting committees that oversee each of Harvard’s individual schools. Those committees report their findings to the Corporation, and the two bodies meet in a joint session when Corporation members convene on campus.

What role will the Corporation have in the presidential search?

The increase in size will bring the presidential search committee—which will also include three yet unnamed members of the Board of Overseers—to 15, the largest the committee has ever been in Harvard’s history.

For the next few months, members of the Corporation will fly around the country and convene in closed-door meetings to whittle down a list of prospective candidates—which typically begins with hundreds of names—to just one. After the Board of Overseers gives their consent, the University will make public the name of Harvard’s next president.

The process will likely last into 2018, with Faust set to step down shortly after the 2018 academic year closes.

A previous version of this story listed an incorrect number of members of Harvard's Board of Overseers.