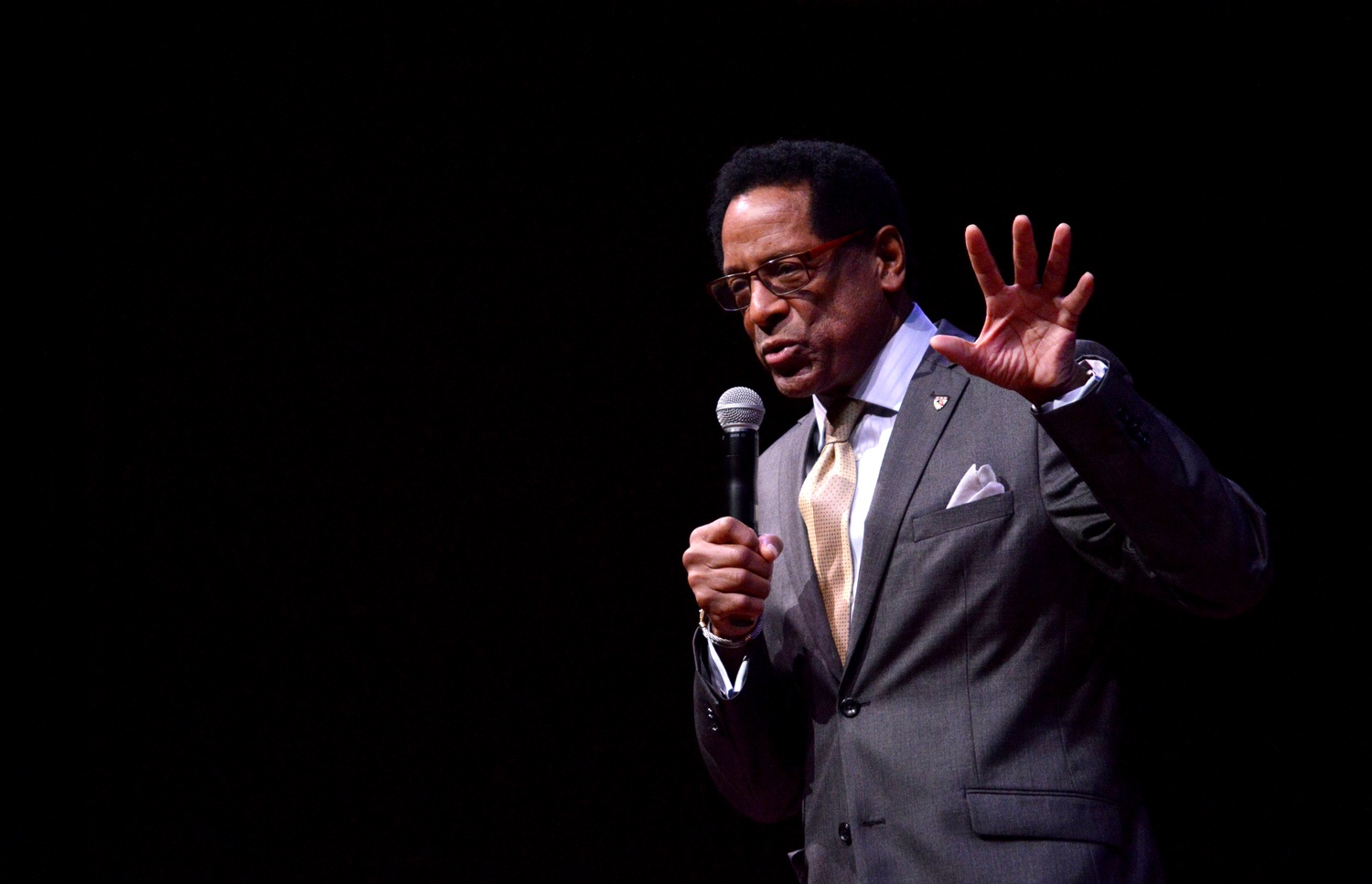 Dr. S. Allen Counter, a neuroscience professor and the founding director of the Harvard Foundation for Intercultural and Race Relations, died Wednesday following a brief illness. He was 73.

Dean of the College Rakesh Khurana announced Counter’s passing via email, writing, “many of us at Harvard College, including myself, felt personally Allen’s uncommon dignity and gentleness.”

At Harvard for over 45 years, Counter was a campus fixture. He worked alongside former University President Derek C. Bok to create the Harvard Foundation in 1981, an organization dedicated to advancing race relations on campus, and regularly welcomed foreign dignitaries, Nobel Peace Prize winners, and Hollywood actors to campus on behalf of the Foundation.

Hakeem O.I. Angulu ’20, an incoming Harvard Foundation intern, said Counter “was constantly thinking about making sure we were represented” and “provided for students of color ways to catch up and ways to feel comfortable and ways to showcase our culture.”

Former Treasurer of the United States Rosa “Rosie” Gumataotao Rios ’87, whom Counter called “one of [his] favorite people,” worked closely with him to launch Cultural Rhythms, an annual festival that features a variety of performing arts groups.

Rios, who has kept in touch with Counter since graduating, said Counter cultivated a spirit of inclusivity and the celebration of different cultures throughout his time at the University.

“Coming to Harvard was a unique experience. And coming as the daughter of Mexican immigrants was even more unique—not really coming across people who looked like me was daunting. He, along with President Bok, made me feel very very welcome,” Rios said in an interview with The Crimson.

“His tenacity is probably what I will remember most. When he is focused on an issue, he sees it through. Those are the types of champions that students need moving forward,” she said.

Counter’s legacy will be defined by his work in “breaking barriers,” Rios said. She cited his support for the Harvard Portraiture Project, which will hang her portrait in Winthrop House this fall—the first portrait of a Latina to be unveiled at Harvard—as an example of his defying tradition.

“Any time you set a course for what is normally the road not taken, that is always going to be a challenge. But he seems always to be successful at being able to break those barriers on behalf of the Harvard community.”

Anwar Omeish ’19, the Harvard Islamic Society’s Director of External Relations, has worked with Counter and the Harvard Foundation in planning several events and said their group saw him as “one of our best friends and staunchest allies.”

Omeish said Counter never hesitated to express solidarity and offer support—even when politically unpopular to do so. He helped Muslim students secure a prayer space in Canaday Hall and organize an event on the one-year anniversary of the Chapel Hill shooting, among other initiatives.

“What struck me the most about him was the way that he very actively held space for students of colour on campus and defended that space,” she said.

Counter first came to Harvard as a postdoctoral fellow in a neurophysiology lab. His scientific research, along with a love of exploration, brought him to far-flung places—from studying acupuncture in China to researching lead exposure among villagers in the Andes.

Dubbed a “Renaissance man” in a 1998 Crimson article, Counter was a member of the Explorer’s Club of New York. On an expedition to Northwest Greenland in 1986, Counter found the half-Eskimo sons of North Pole discoverers Robert E. Peary and Matthew A. Henson.

Over the course of his life, Counter made active efforts to bring race to the forefront of the conversation. He successfully petitioned the U.S. government to move the remains of Henson, who was African-American, to Arlington National Cemetery, where Peary was interred. Counter also fought for U.S. Navy recognition of Henson’s achievements and was invited to sail on a Navy ship commissioned in Henson’s honor.

Angulu said Counter believed that everyone should have equal opportunity in life and worked tirelessly to realize the mission of the foundation to “enhance the quality of our common life.”

“He cared about making sure that we had spaces and people that were for us, and he was definitely one of those people and one of the makers of those spaces,” Angulu said.

Looking forward, Angulu said, “We will be working harder than ever to ensure that what Dr. Counter started continues to grow and continues to become what he envisioned Harvard to look like for people like us.”

Devontae A. Freeland ’19, a Harvard Foundation intern, said he appreciated what he described as Counter’s student-centered perspective and his ability to respond to the evolving challenges of “diversity and multiculturalism” at Harvard as the student demographic changed.

Counter was “someone who was pushing us to think outside of the bounds” of racial categories to focus on the many other ways they could “make life better at Harvard for everyone,” Freeland said.

Freeland emphasized that the Foundation will strive to continue Counter’s legacy. “We believe in institutional memory. There’s always a turnover... Even though Dr. Counter is no longer with us, the experiences and institutional knowledge will stay with us and the interns and staff will pass it on.”

The Black Students Association wrote in a statement, “We will take the lessons that Dr. Counter so gracefully provided us, and the University, over the past thirty years, to continue to carve out space for Black students here and now, and to pave the way for all Black Harvard students to come.”

“I will always remember not only the work that he did but the heart that he had. He has planted the seeds for many students,” Rios said.

A previous version of this article and an associated headline incorrectly indicated Dr. Counter's age when he died. He was 73, not 63.