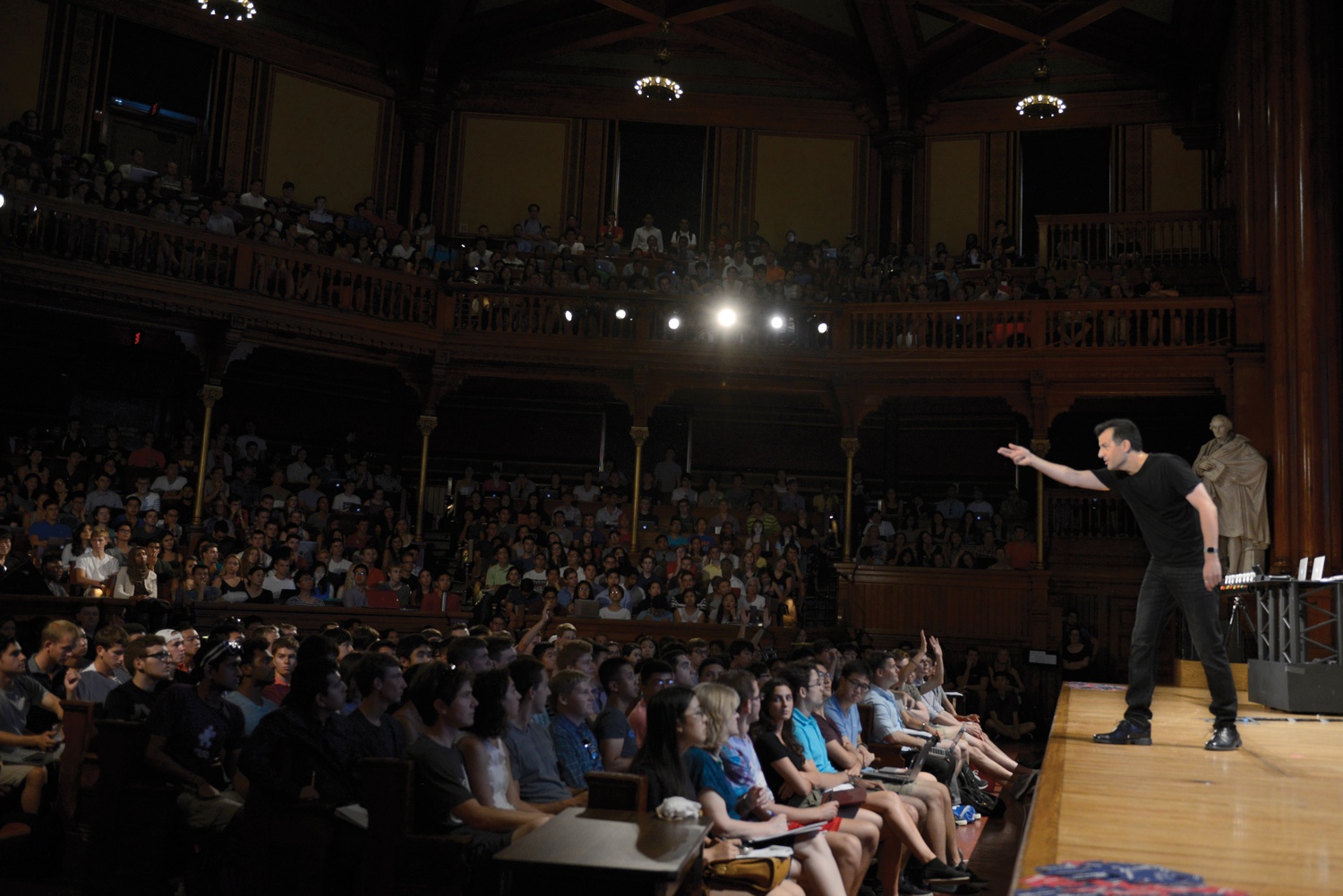 For one thing, course staff are now recommending that enrollees actually go to class.

That is one of several changes to course policies that CS50 head instructor David J. Malan ’99, who has led the class through a massive expansion in size and popularity in recent years, made over the summer. He announced the changes in a “FAQ” page he circulated on Facebook Wednesday evening.

CS50 has long been one of the most popular classes at Harvard—but it has also been one of the most controversial. Last year, more than 60 students—roughly ten percent of total enrollees—came before Harvard’s Honor Council to face charges of academic dishonesty. And over the past few years, Malan and the University have filed contradictory applications to trademark the course.

In one change, CS50 will now be graded on a “Satisfactory/Unsatisfactory” basis by default, though students can elect to take the course for a letter grade if they wish.

Malan wrote in an emailed statement Thursday evening that this particular update was inspired, at least in part, by his personal experience with Computer Science while an undergraduate at Harvard. Back then, he wrote, he thought the field “intimidating” and “one to beware.”

“Were it not for Pass/Fail… I myself probably wouldn’t have taken CS50 as a sophomore, let alone concentrated in CS ultimately,” he wrote. “Taking CS50 Pass/Fail empowered me to explore a world beyond my comfort zone and, in turn, altered my academic trajectory.”

Students are now “encouraged” to physically attend the course’s taped weekly lectures, according to the two-page document. Malan had previously tweaked the course policies in fall 2016 to make lecture attendance optional. Attendance is now also expected at every discussion section until the first mid-semester exam.

“We received enough feedback anecdotally that the new format lacked the dynamism of years past that we decided to bring back live lectures this fall,” he wrote.

A year after the unusually high levels of cheating in the course, Malan is requiring CS50 enrollees to attend an orientation meeting where course staff will offer advice on “how to do well in CS50” and “how to navigate issues of academic honesty,” according to the FAQ sheet.

Roughly 20 former CS50 students and course staff said last semester they thought the course’s collaboration policy and academic integrity guidelines were too vague and may have led some students to cheat unintentionally.

Malan wrote in his emailed statement that all changes—the new orientation sessions included—are “unrelated” to the high levels of cheating in CS50 last fall.

“Most of these are longstanding visions or evolutions of past design decisions,” he wrote. “The hope with these orientation sessions is to provide students, first years especially, with a road map for fall term.”

Malan added that CS50’s demographic has consistently grown younger over the past decade. The 2016 fall class was majority freshmen, according to Malan.

For at least one former CS50 staffer, the changes to the course signal Malan’s willingness to solve problems through experimentation.

“Seems like he’s continuing to experiment and learn as I think he should and does relatively well,” said former CS50 teaching fellow Mark D. Grozen-Smith ’15. “I’m glad that we have innovation alive in such an impactful, high-demand class.”