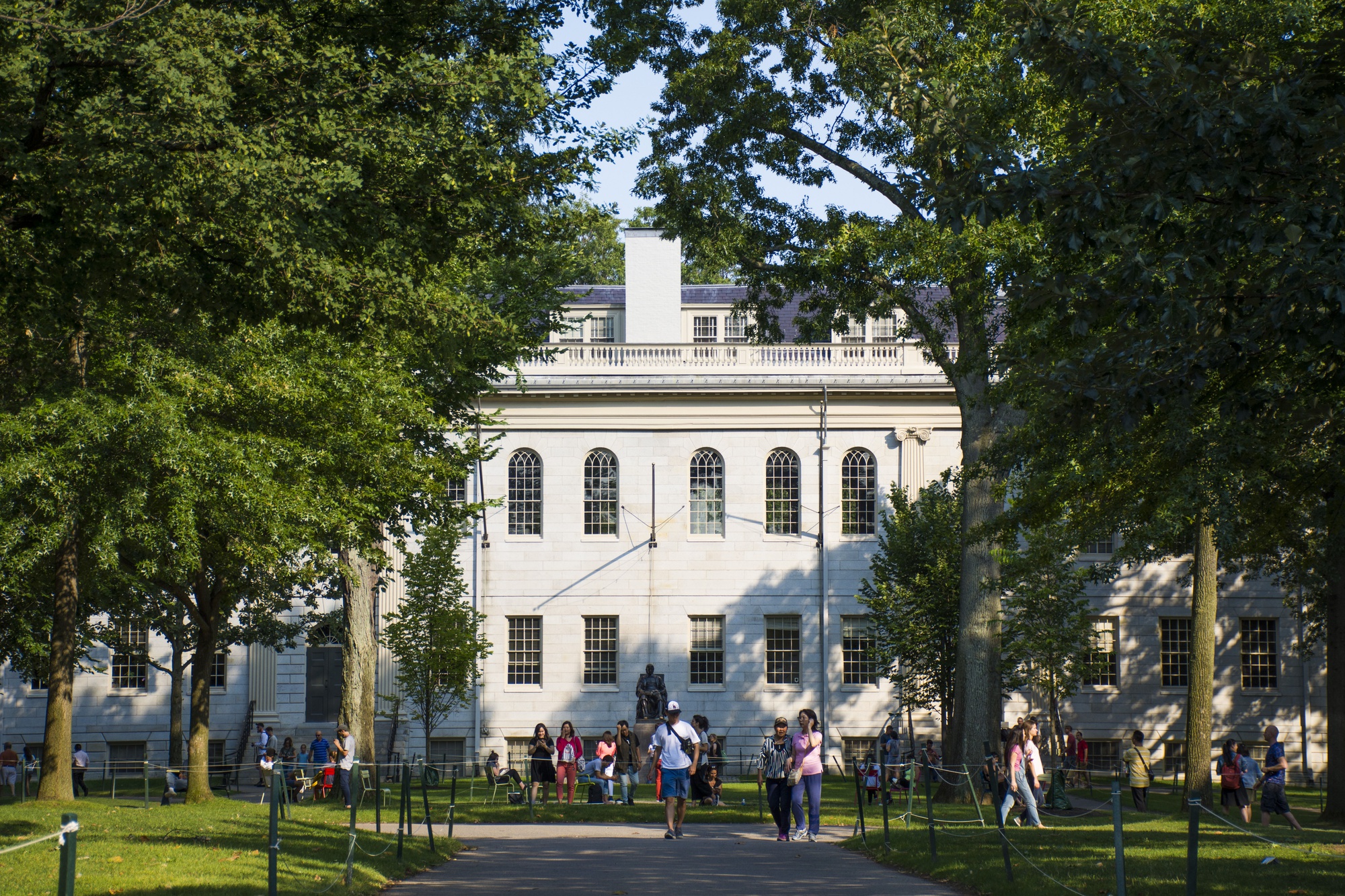 University Hall houses the offices of most of Harvard's central administration, as well as the room where the Faculty of Arts and Sciences typically hold their monthly meeting.
By Joshua J. Florence and Mia C. Karr, Crimson Staff Writers

Over 150 professors are calling for the University to include “criminal history” in its non-discrimination policy, condemning Harvard’s decisions to deny Ph.D. program admission to ex-inmate Michelle Jones and rescind a fellowship offer to Chelsea Manning.

“With both decisions, Harvard has prioritized political expediency over scholarly values,” the petition, entitled “We are Educators Not Prosecutors,” reads. “The decisions in these cases have been made not by following standardized procedure, but by reacting in an ad hoc manner to a climate of anxiety and intimidation.”

The petition also demands Harvard support research into prison reform and requests the University extend an invitation to Manning to speak on BGLTQ issues in a public forum.

Jones’ case garnered national attention last week when The Marshall Project, a news outlet that reports on criminal justice issues, published an article about her application to Harvard's graduate history program. Jones established herself as a promising historian while serving a 50-year prison sentence for murder and, according to the article, was favored for acceptance into Harvard’s highly-competitive History Ph.D program. However, according to The Marshall Project, University leaders overrode her acceptance after two professors brought her application to their attention.

Also last week, Harvard appointed Manning—a former Army soldier who went to prison for leaking classified military documents to WikiLeaks—to a fellowship at the Institute of Politics. Kennedy School Dean Douglas W. Elmendorf soon rescinded the offer, however, after CIA Director Mike Pompeo pulled out of a scheduled speaking appearance at the IOP and Michael J. Morell, a former deputy director of the CIA, resigned from his Belfer Center fellowship in protest.

The revocation of Manning’s fellowship generated outcry on campus and in the national media.

In numerous op-eds, writers from major publications have linked the two highly-publicized incidents—both involving women with past criminal convictions—and alleged that they are indicative of larger problems within the University. In the petition, authored by History professor Joyce E. Chaplin, Sociology Professor Jason Beckfield, and Kennedy School professor Khalil Gibran Muhammad, the faculty members took a similar stance.

“In each case, the administration appears to have allowed the fear of public opinion and political interference to determine its actions,” the petition reads. “But we are educators committed to the open, critical exchange of ideas.”