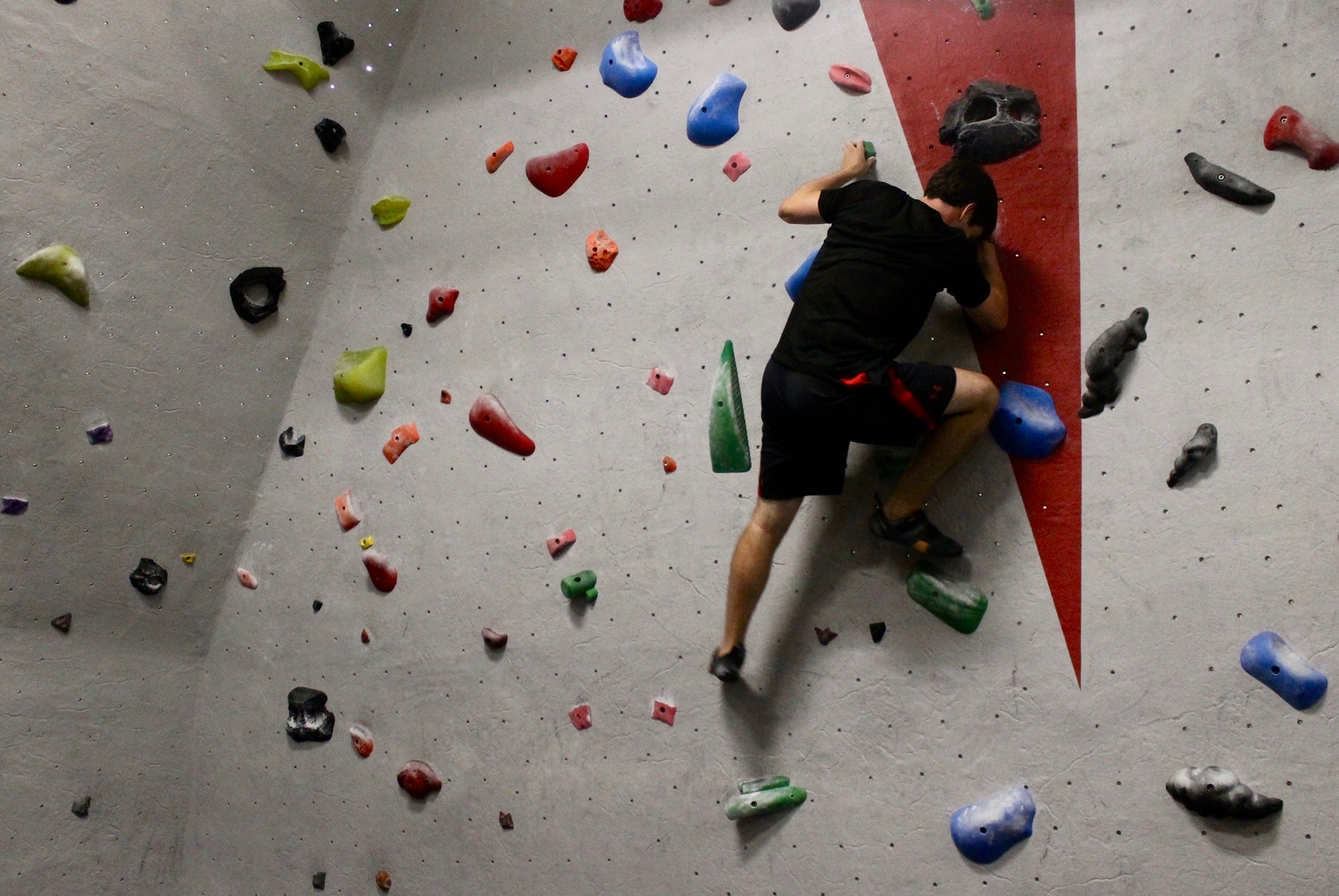 The new Harvard Climbing Wall consists of two converted squash courts in the QRAC basement, offering participants an expanded and revitalized climbing space. The facility consists of climbing routes accessed without a rope and a crash pad that surrounds the wall to cushion falls.

Earlier this year, Harvard began construction on Lowell House as part of the Faculty of Arts and Sciences’s more than $1 billion project to renovate the undergraduate residences, closing the Houses's climbing wall. Students began petitioning to find a new location for the climbing wall in September 2015 after the project to renovate Lowell was first announced.

Students praised installation of the new climbing wall, and said that it more closely resembles professional facilities that climbers can find around Cambridge

“The wall in Lowell was basically a bunch of chunks of plywood on the wall that had some holes screwed into them, this one is a professionally built wall,” said Jack Deschler ’19, a manager of the climbing wall.

Because the space is larger, climbers can more easily avoid each others fall zones, according to Deschler.

“It’s much safer,” added Elijah S. Frydman ’20, another manager of the wall. “There’s places to chill and not be in the way.”

Although the new wall is located near the Quad and away from the center of campus, students say attendance numbers in the gym have increased since its relocation.

“The number of unique climbers from last spring semester has already been equaled in this semester,” Deschler said.

The longer walk has not deterred Isabel F. Slavinsky ’20, a resident of Lowell House and member of the climbing team. She added that she enjoys the camaraderie that she has found with other students who climb.

“The walk is fine,” Slavinsky said. “What I particularly like about climbing at Harvard is that the community is so great, and so supportive of one another.”

Students staff the climbing wall several nights a week for all Harvard affiliates to use. It also serves as a hub for the College’s climbing team and mountaineering club. The club climbing team holds practice in the facility three nights a week.

Beverly H. Brown ’20, a member of the climbing team and wall staff member, said that she thinks the new wall is an improvement over the previous version.

“It’s a really fun environment for groups of people to come and hang out, and you can all climb at once,” Brown said.