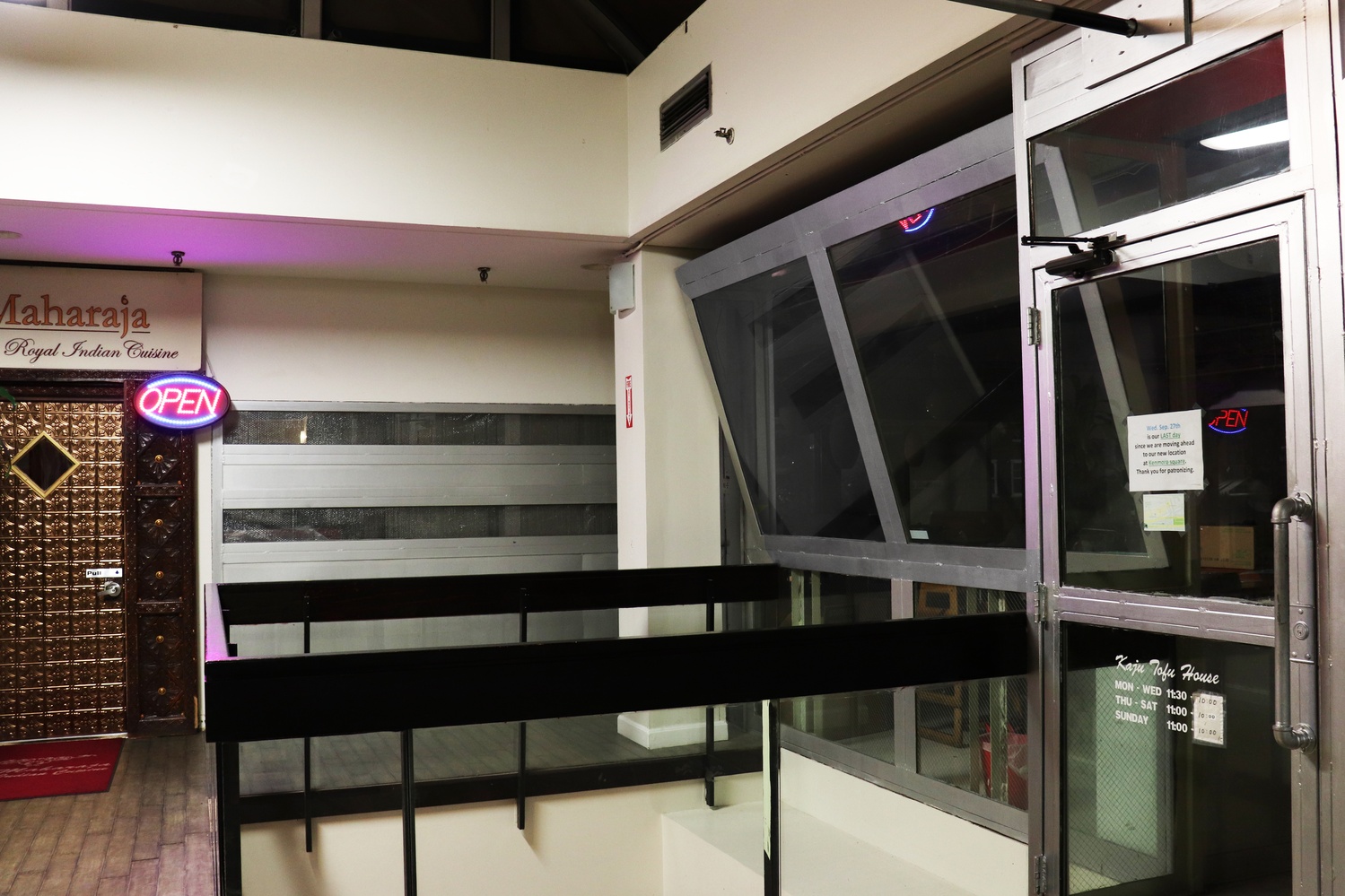 The restaurant posted a sign on its door announcing that Sept. 27 would be its last day in business, as well as a map directing customers to its planned upcoming location in Boston’s Kenmore Square.

Students reacted with shock and sadness as they wondered where in the Square they would be able to fill their cravings for spicy tofu stew or Korean bulgogi.

Michael L. He ’18 said he coincidentally went to Kaju—which he said he has frequented every two or three weeks since freshman year—Wednesday evening, the restaurant’s last day.

“Yesterday I had a sudden urge to eat Kaju and I went with a friend, and on the door it said that it was moving to Kenmore Square starting after that night,” he said. “I was honestly very shocked because Kaju always has really great business, so I didn’t think it would ever decide to move.”

Apurva Kanneganti ’20 said she was similarly disappointed to find out Kaju was closing, especially since she didn’t have time to go there for a last meal.

“I was very shocked and unhappy, simply because it was really sudden,” she said. “I didn’t even have a chance really to go and eat there before they closed.”

The restaurant was located on the second floor of Crimson Galeria, the pedestrian mall at 57 JFK St. In early July, Wagamama, a Japanese noodle chain, closed its doors one floor down from Kaju to focus efforts on its other Boston outlets. Raj K. Dhanda, owner of Crimson Galeria, declined to comment.

Hannah Shen ’19 said that as an Eliot House resident, she often went across the street to Kaju when she didn’t want to eat in the dining hall.

“I used to go to Kaju all the time,” Shen said. “It’s one of my favorite restaurants in the Square. I love their food and I enjoy eating there by myself and also with friends.”

Both Kanneganti and He said they patronized Kaju for its unique spicy food.

“I really just loved that they have actually spicy tofu silk,” Kanneganti said. “I would always get the extra spicy. Kaju was the one reason my spice tolerance remained high here.”

Shen said she may go to the new Kenmore Square location to celebrate birthdays or special occasions, but will miss having Kaju around.

“It’s sad because I like the waiters and waitresses there,” she added. “They probably don’t know me but I’ll miss seeing them around.”