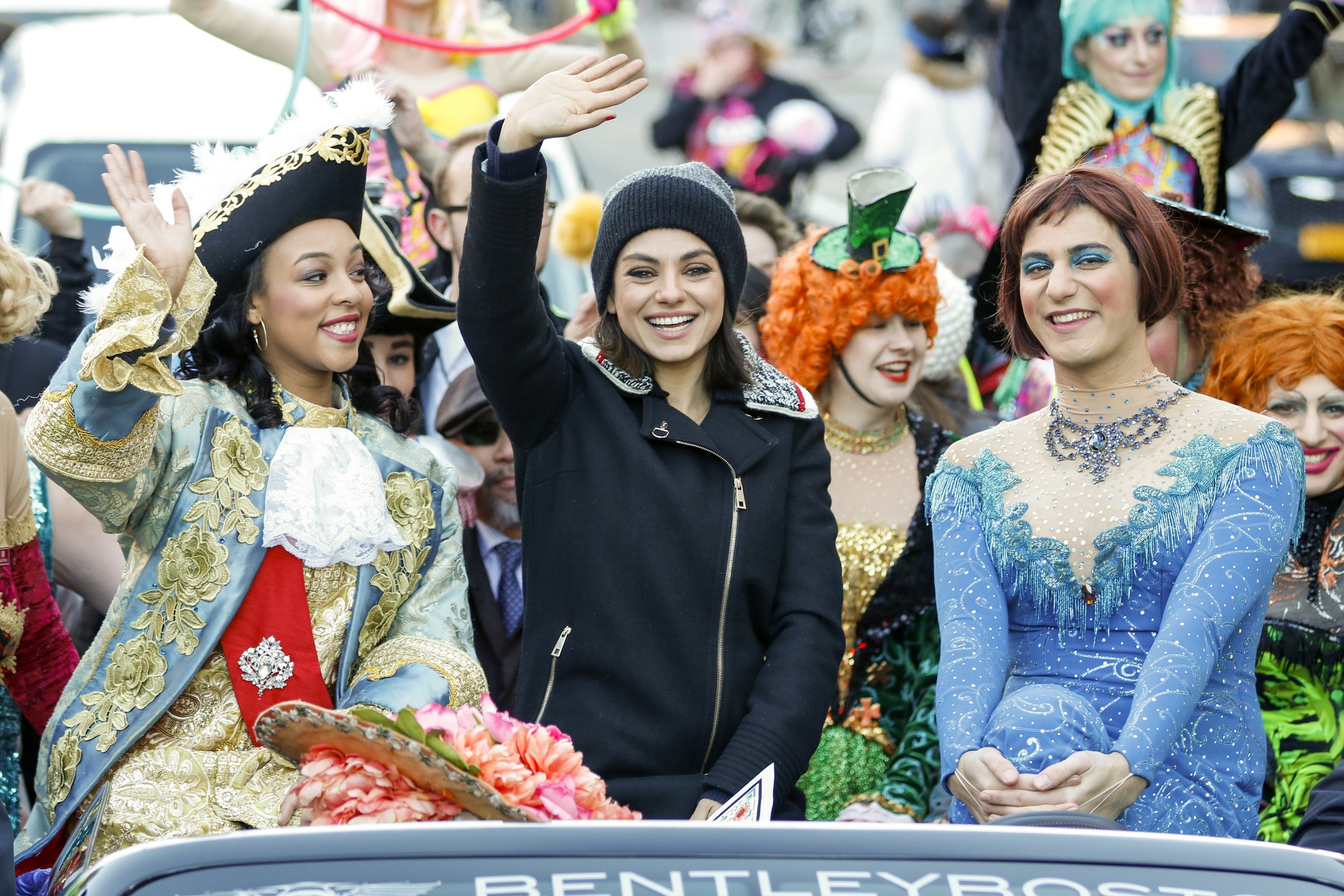 In Photos: Mila Kunis, Hasty Pudding's Woman of the Year

Mila Kunis, riding in a black car with the Hasty Pudding Theatricals president Amira T. Weeks ’18 and cast vice president Jacques Berguig '18 by her side, paraded down Massachusetts Avenue as Hasty Pudding's 2018 Woman of the Year Thursday.

Weeks prefaced Kunis's roast by announcing the group's decision to accept women as cast members, breaking with almost 200 years of precedent. But the roast had more light-hearted moments, too: Kunis threw donuts, performed a dance-off, and inhaled helium from a "Minions" balloon before reenacting a Jim Beam commercial.

After about 20 minutes of roasting, the Hasty Pudding presented Kunis with the "Pudding Pot," an award presented to entertainers who have made lasting impacts in the industry. 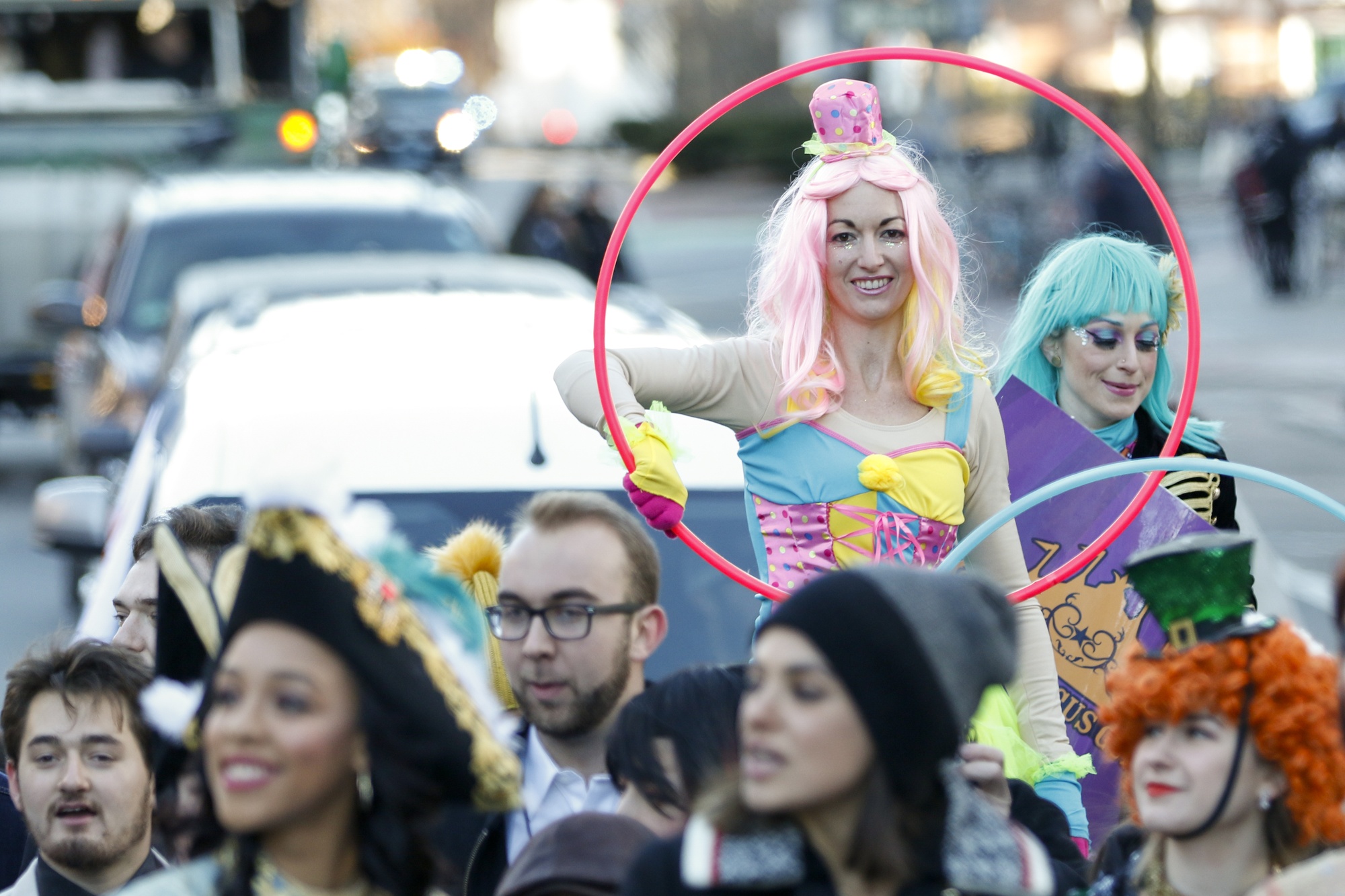 The Boston Circus Guild joined the festivities, walking on stilts and spinning hula hoops. They trailed behind the Bentley Continental, sporting pastel hair and wide smiles. 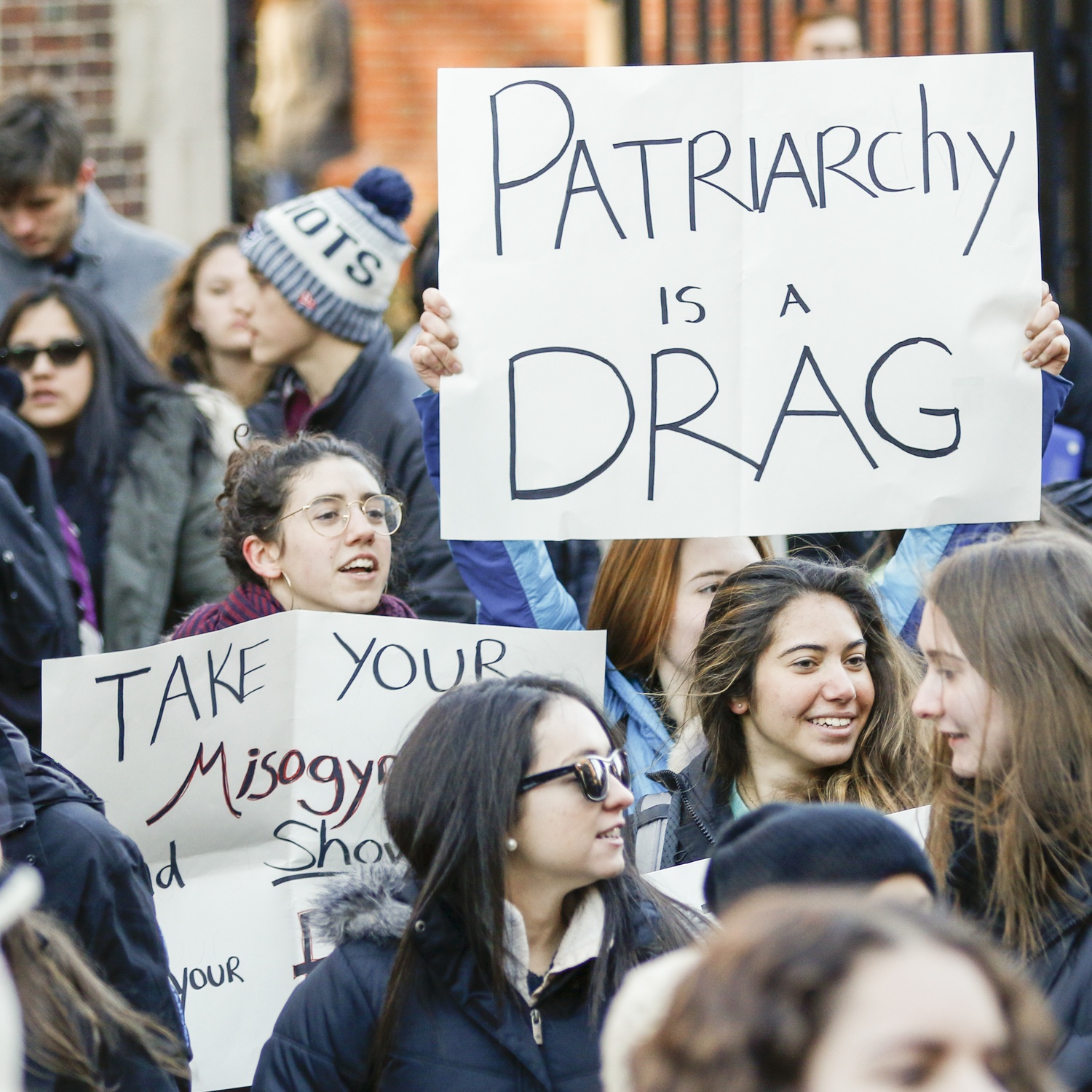 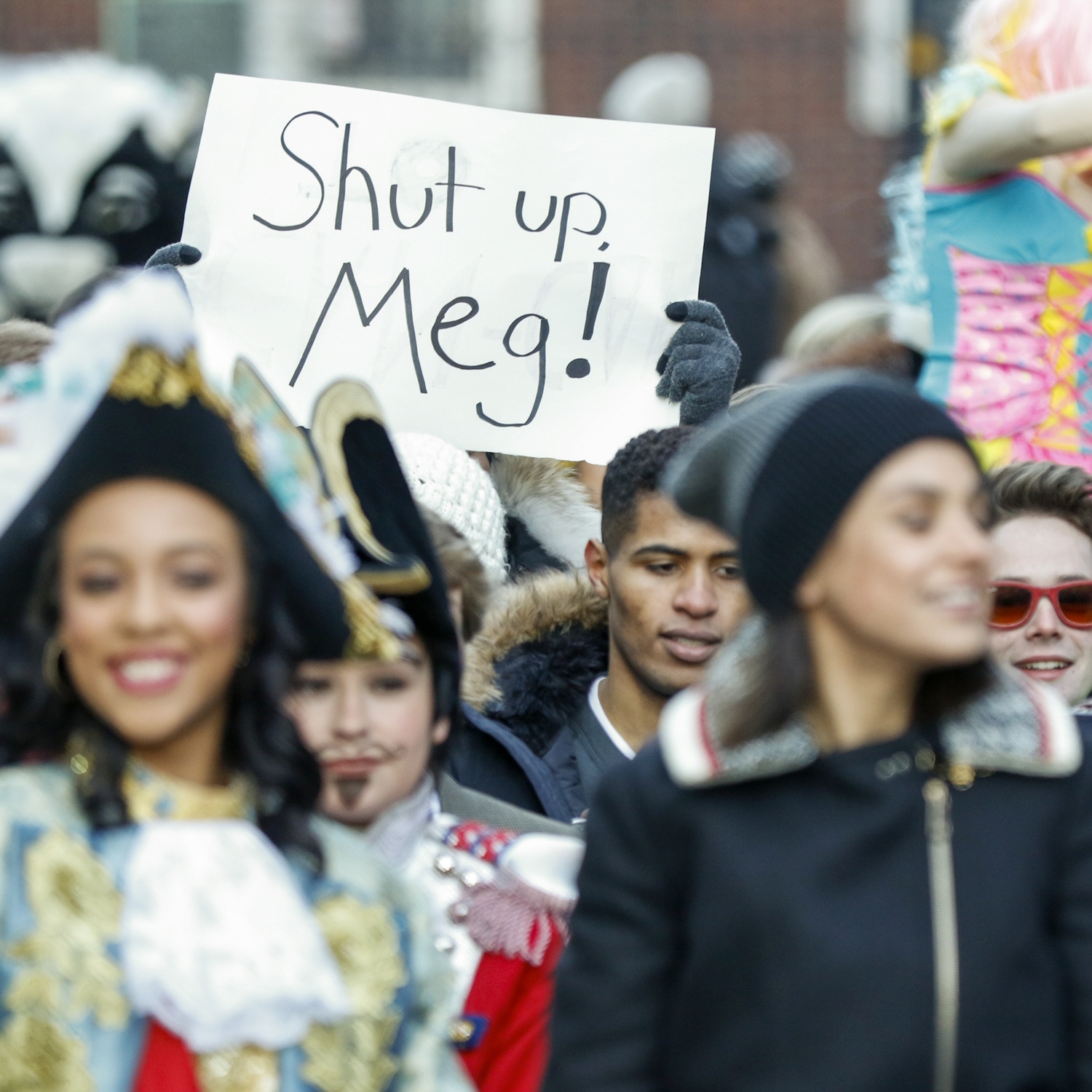 Some students who attended the event carried signs that protested the Hasty Pudding Theatricals's former policy preventing women from joining the cast. 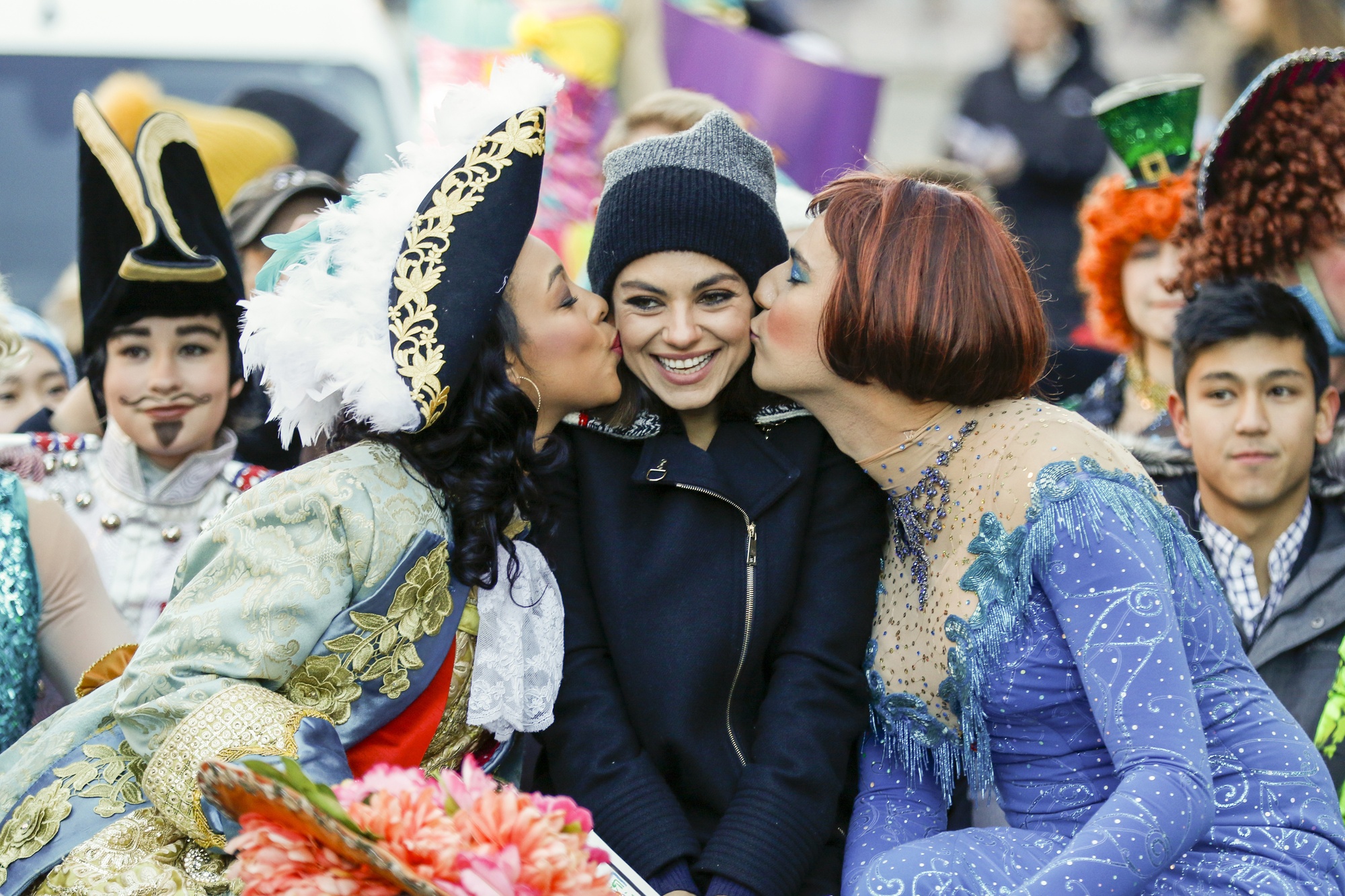 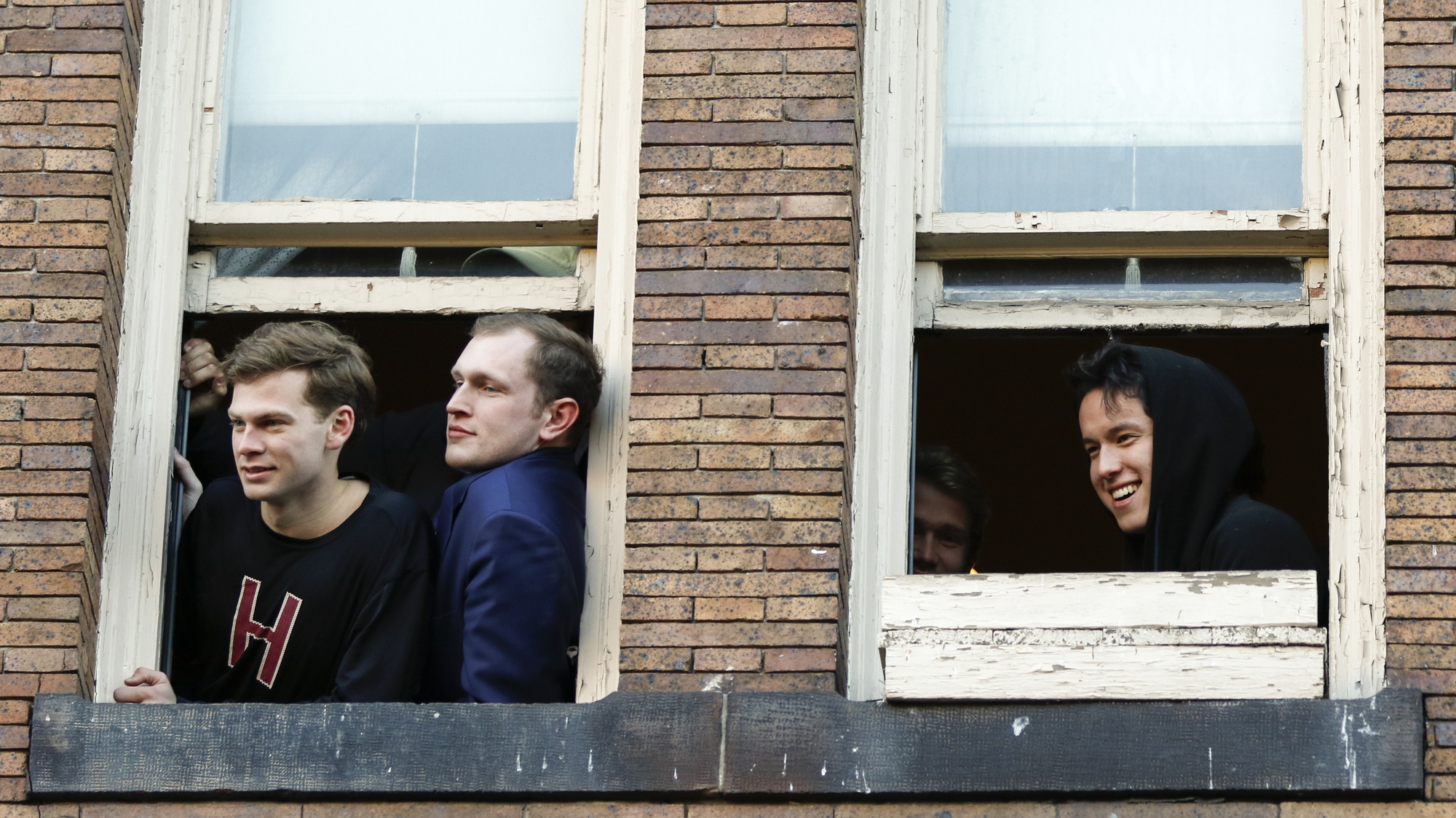 Someone threw a teddy bear into the parade, and it missed the car by ten feet. The football players flanking Kunis gave a collective thumbs down. 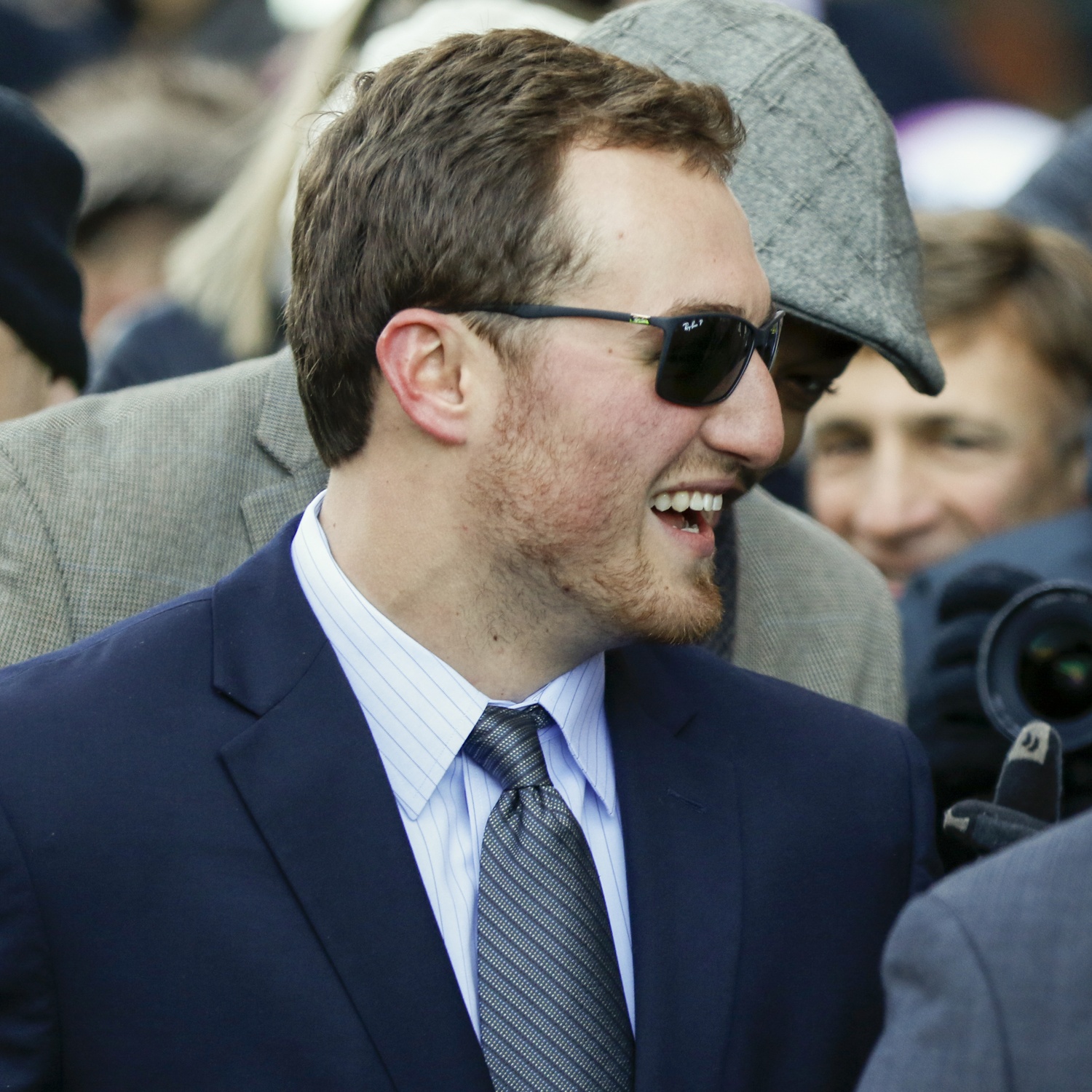 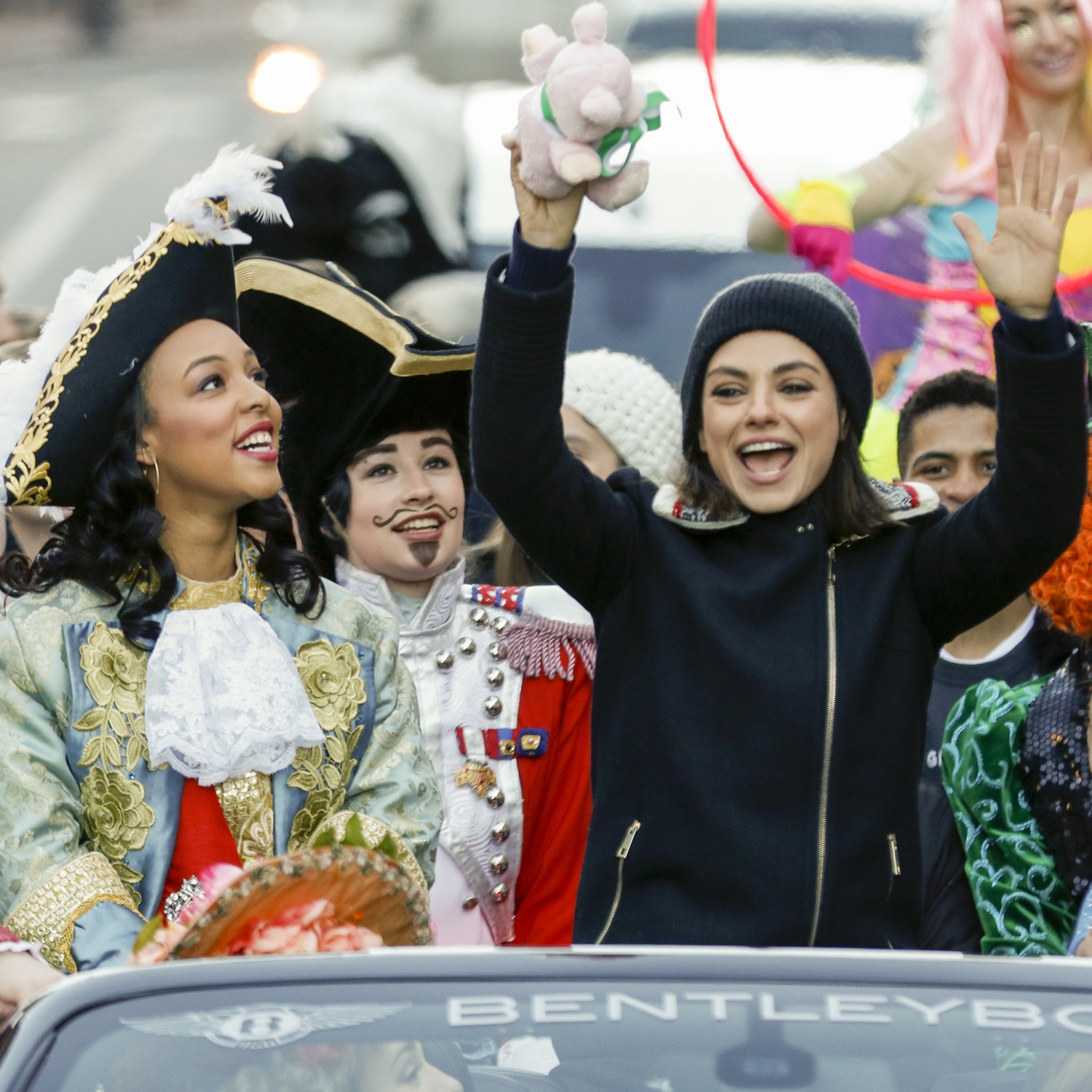 Mila Kunis and a Teddy Bear -

Hasty Pudding actors Scott Kall '20 and Daniel E. Hughes '18 watched as Mila Kunis and the rest of the parade approached Farkas Hall and prepared for the kickline. 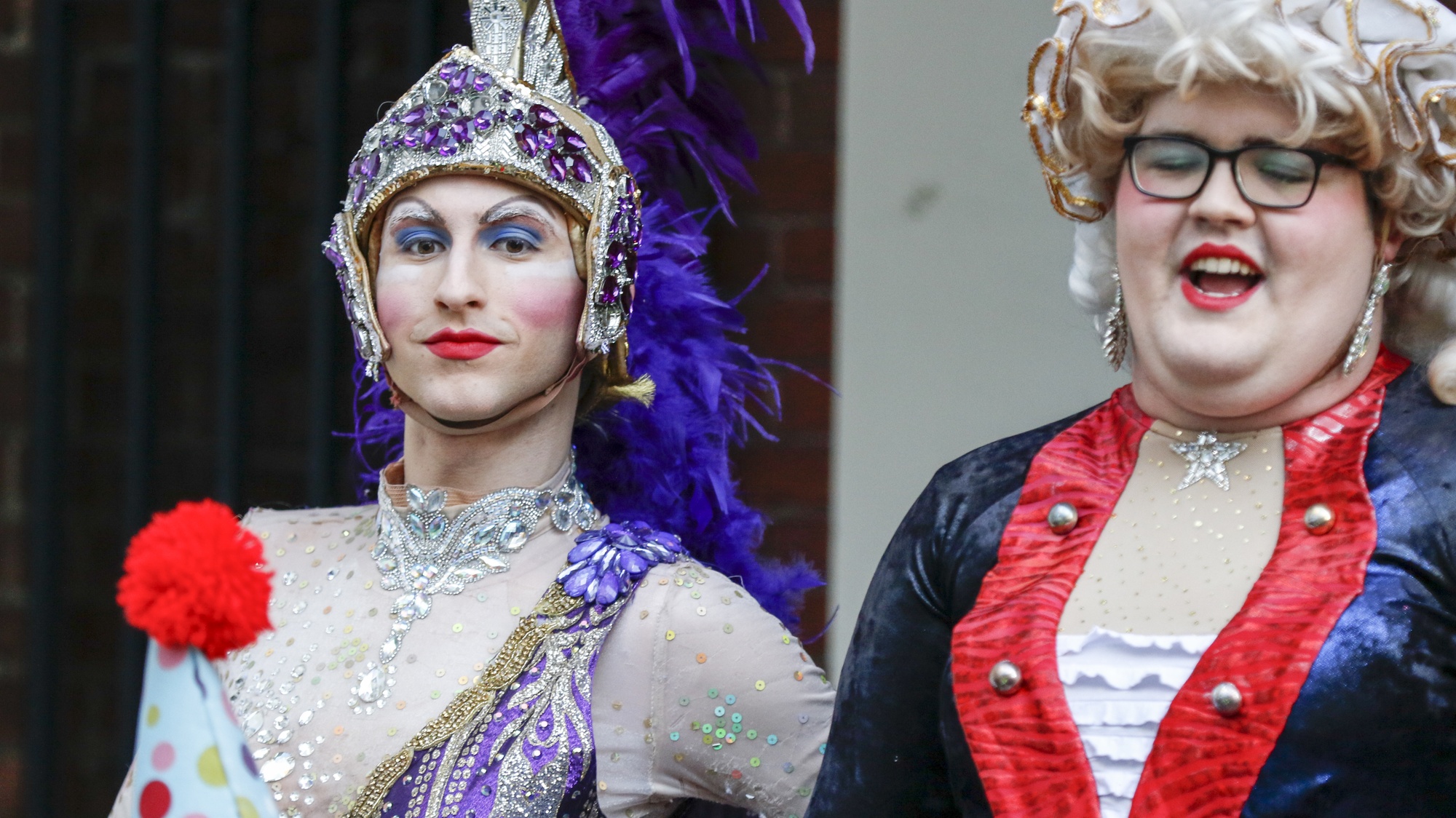 Before beginning Kunis's roast, Weeks read aloud a letter from former Pudding president Andrew L. Farkas '82. “With no further fanfare, the graduate board of the Hasty Pudding Institute has determined that commencing with the 2019 Hasty Pudding Show, the Hasty Pudding welcomes women to audition,” she said. 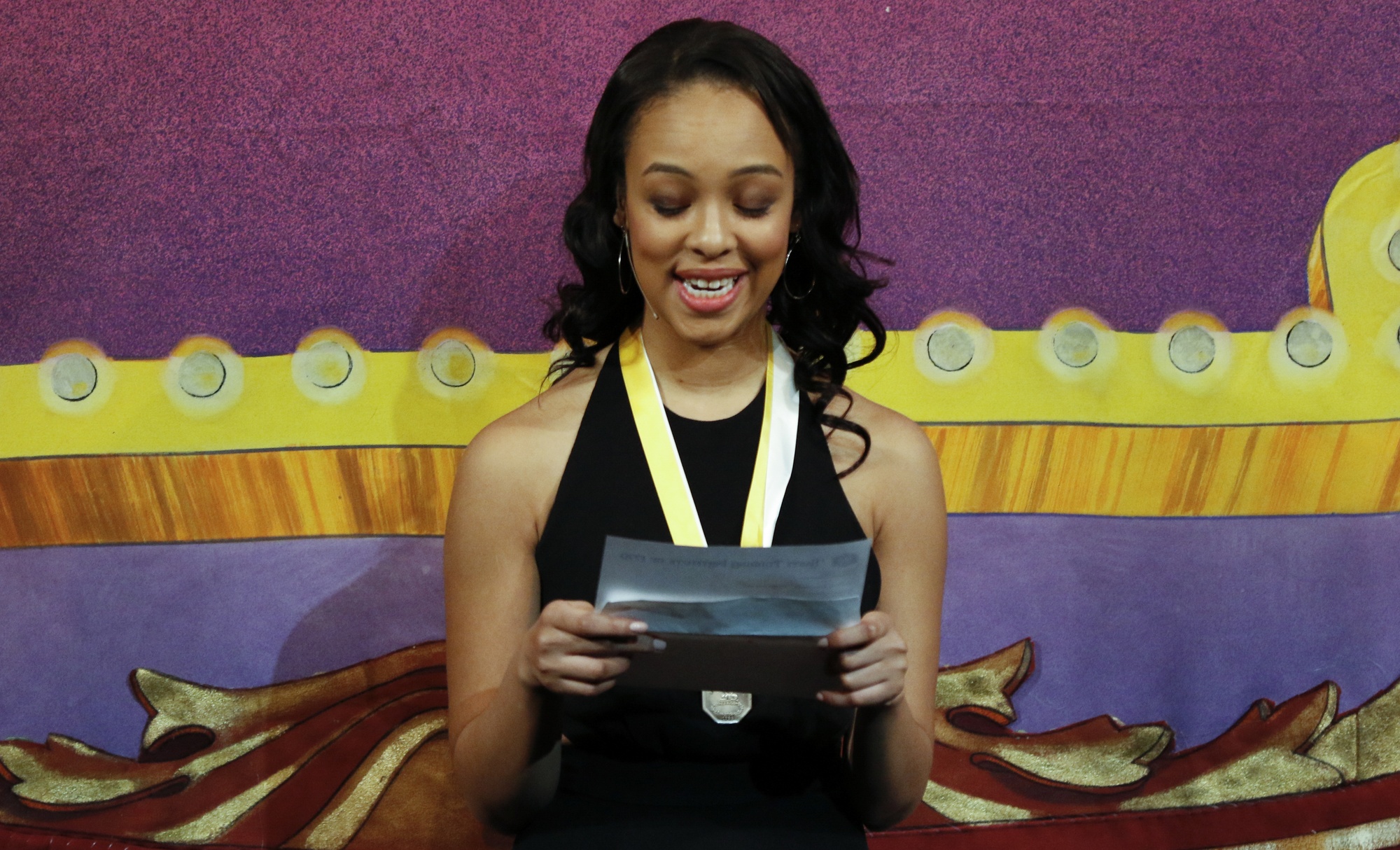 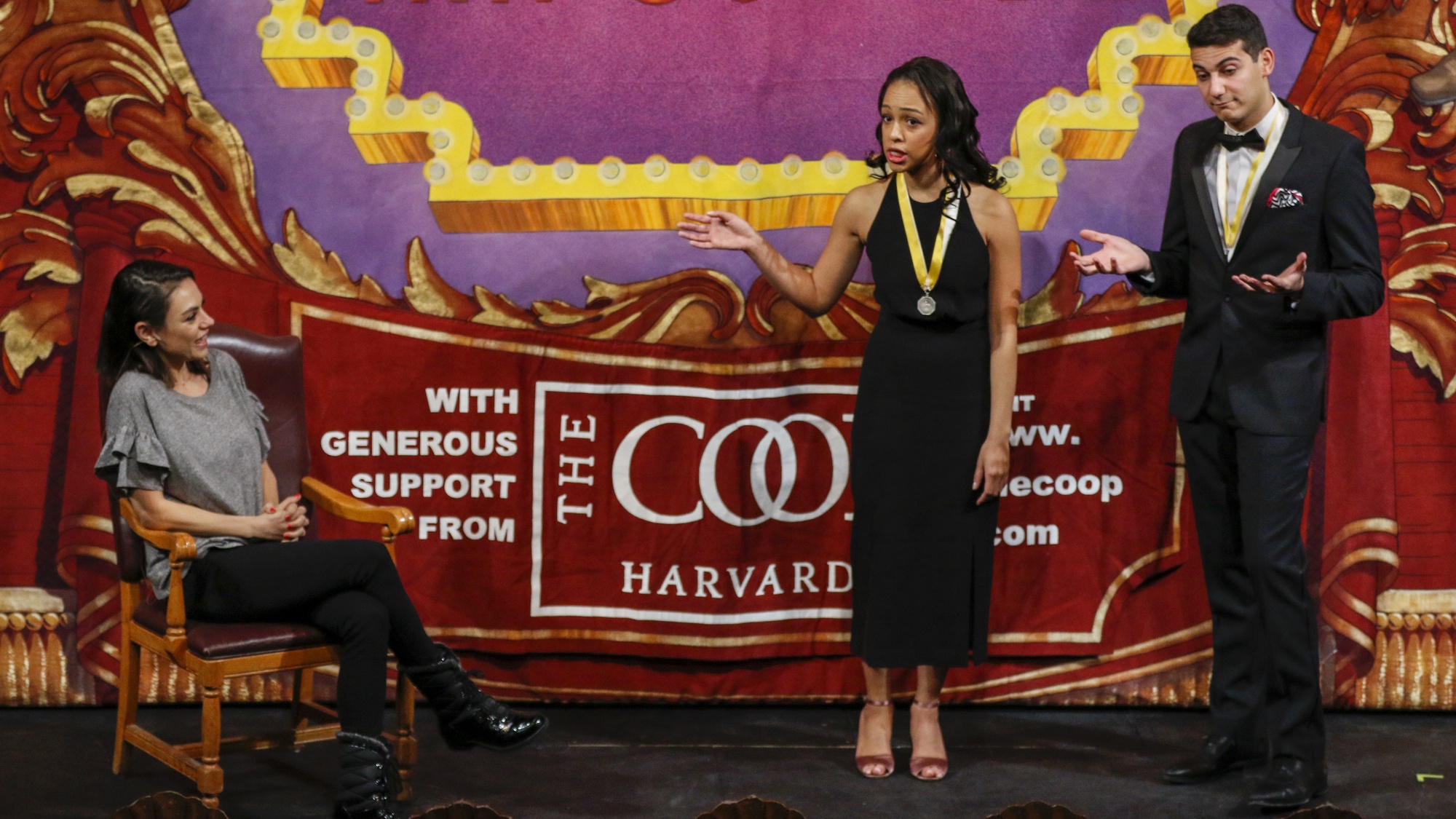 The Hasty Pudding challenged Kunis to throw Dunkin' Donuts at Peter Griffin, a "Family Guy" character played by Hughes, in order to receive her "Pudding Pot." 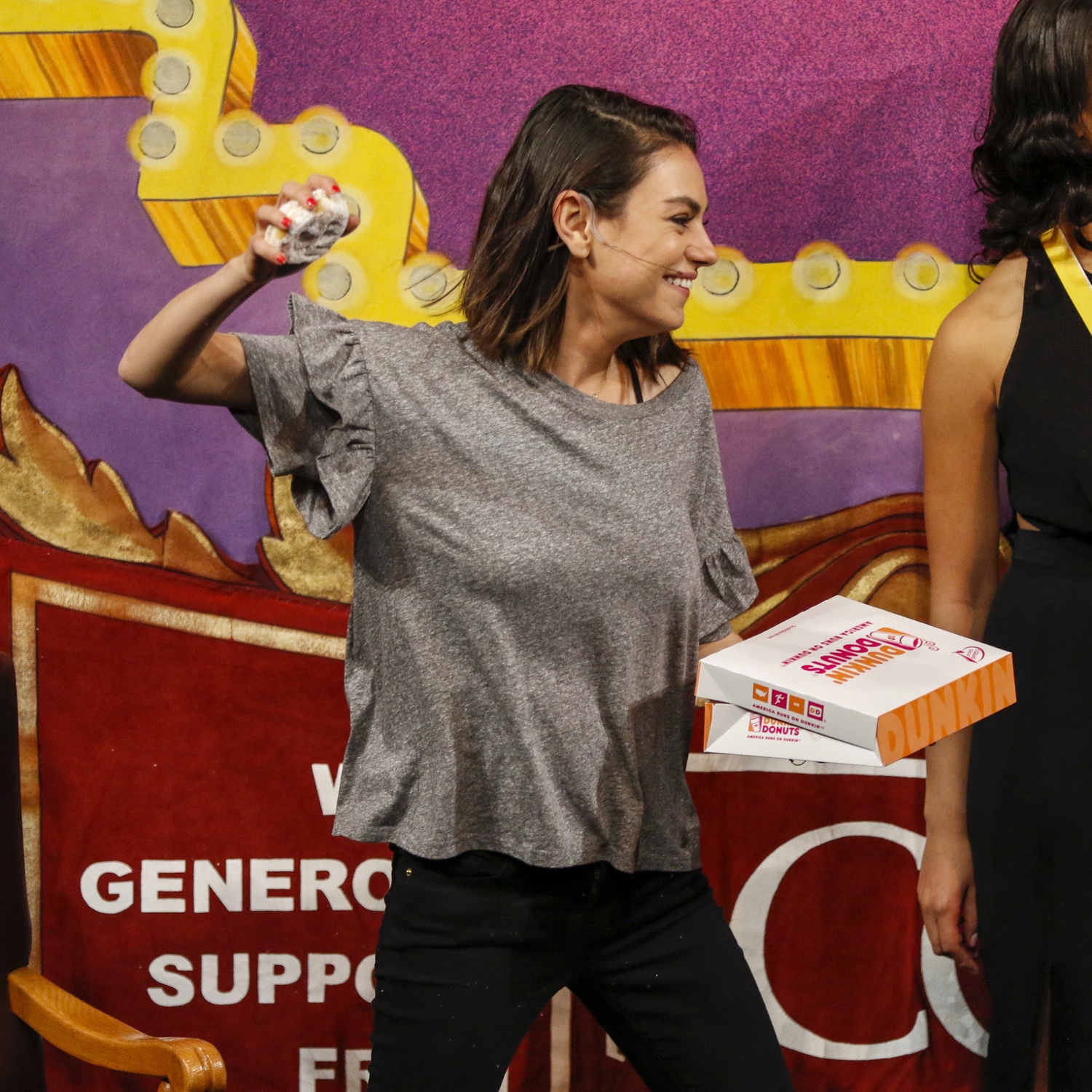 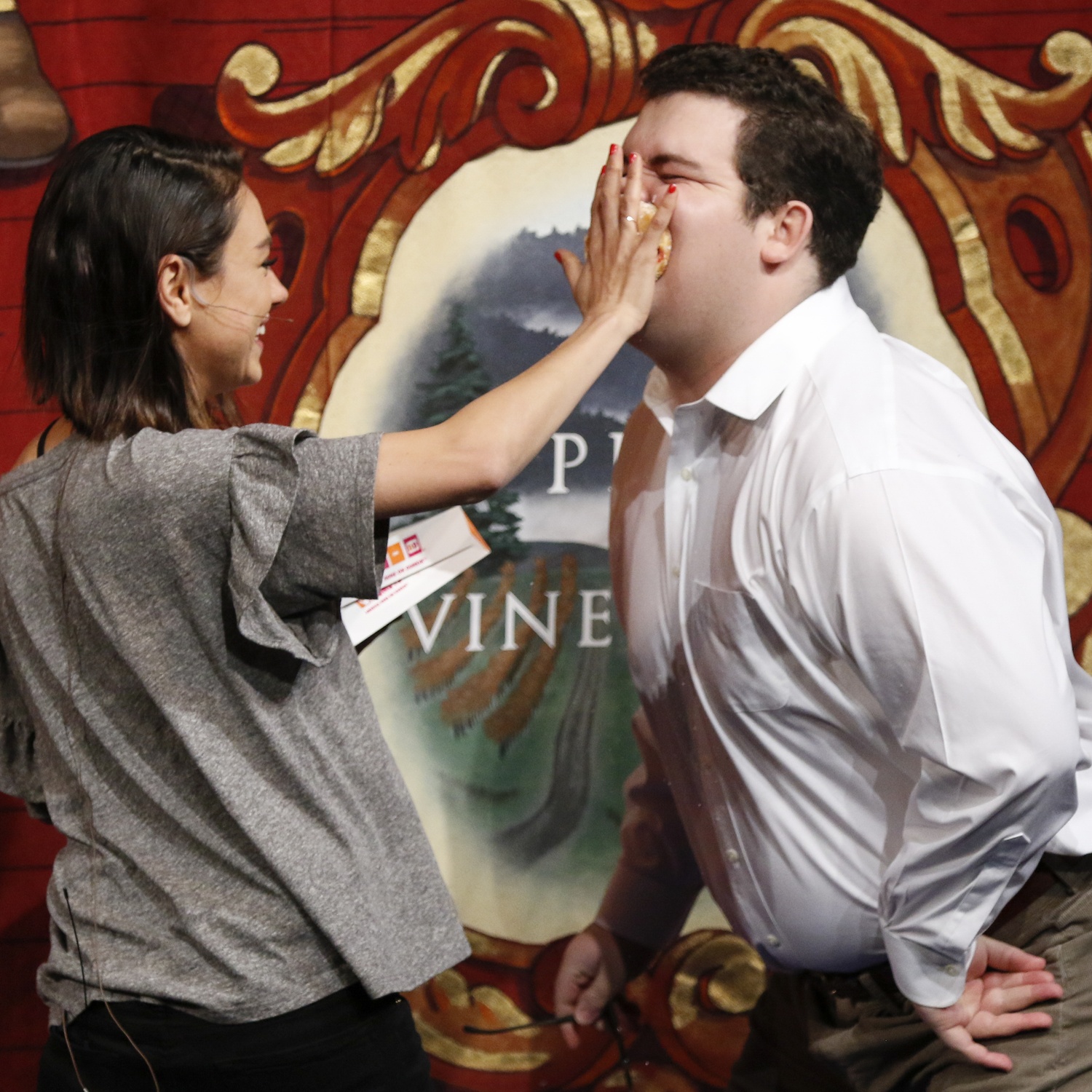 "Oh my God, this has been such a fun day so far. It's great. If you look at the list of women who have been honored, it's an incredible list to be a part of. I signed the wall and I signed it next to Helen Mirren," Kunis said at the press conference. "I was like, 'Yeah! Fuck yeah.' It was great." 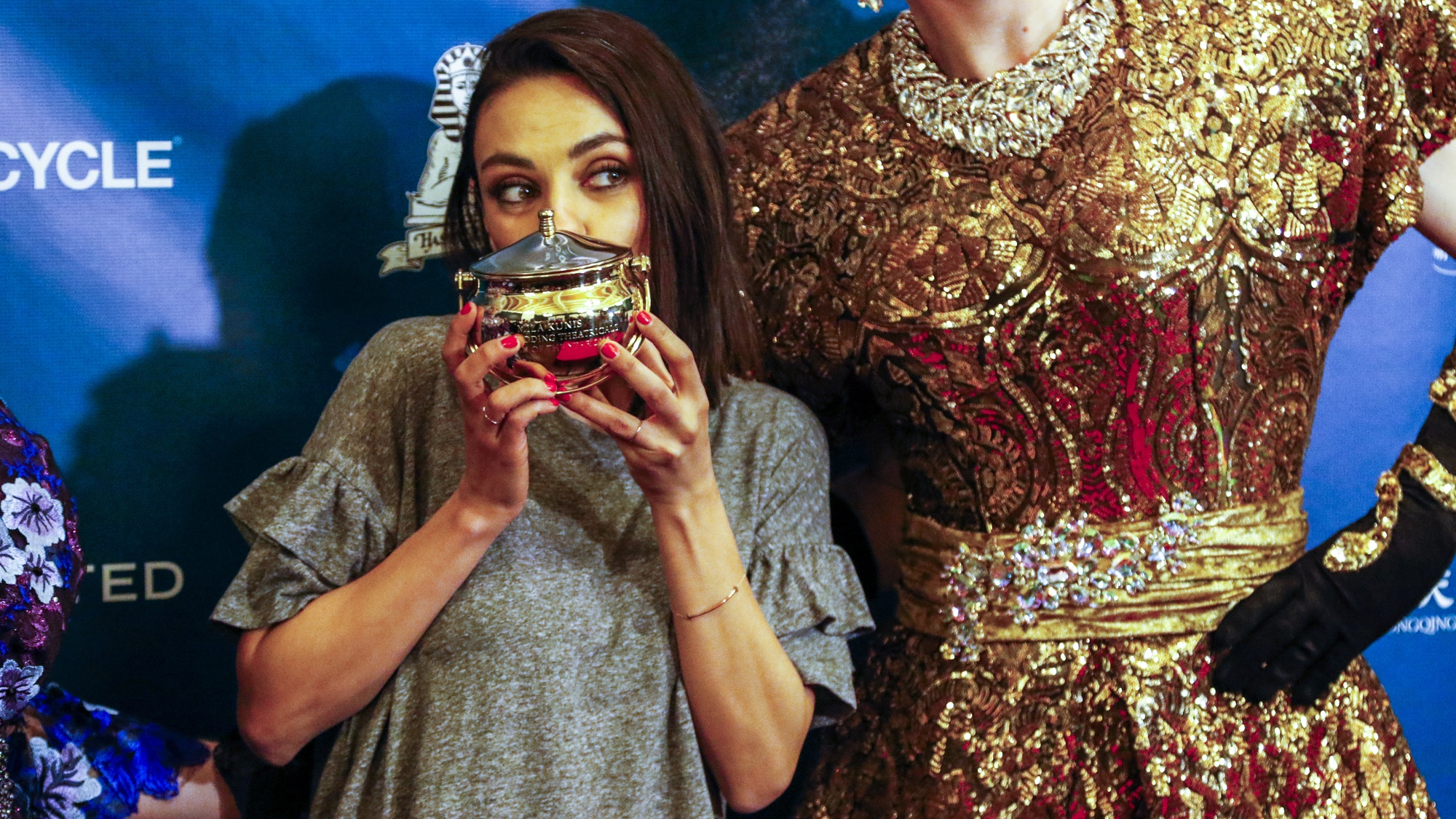