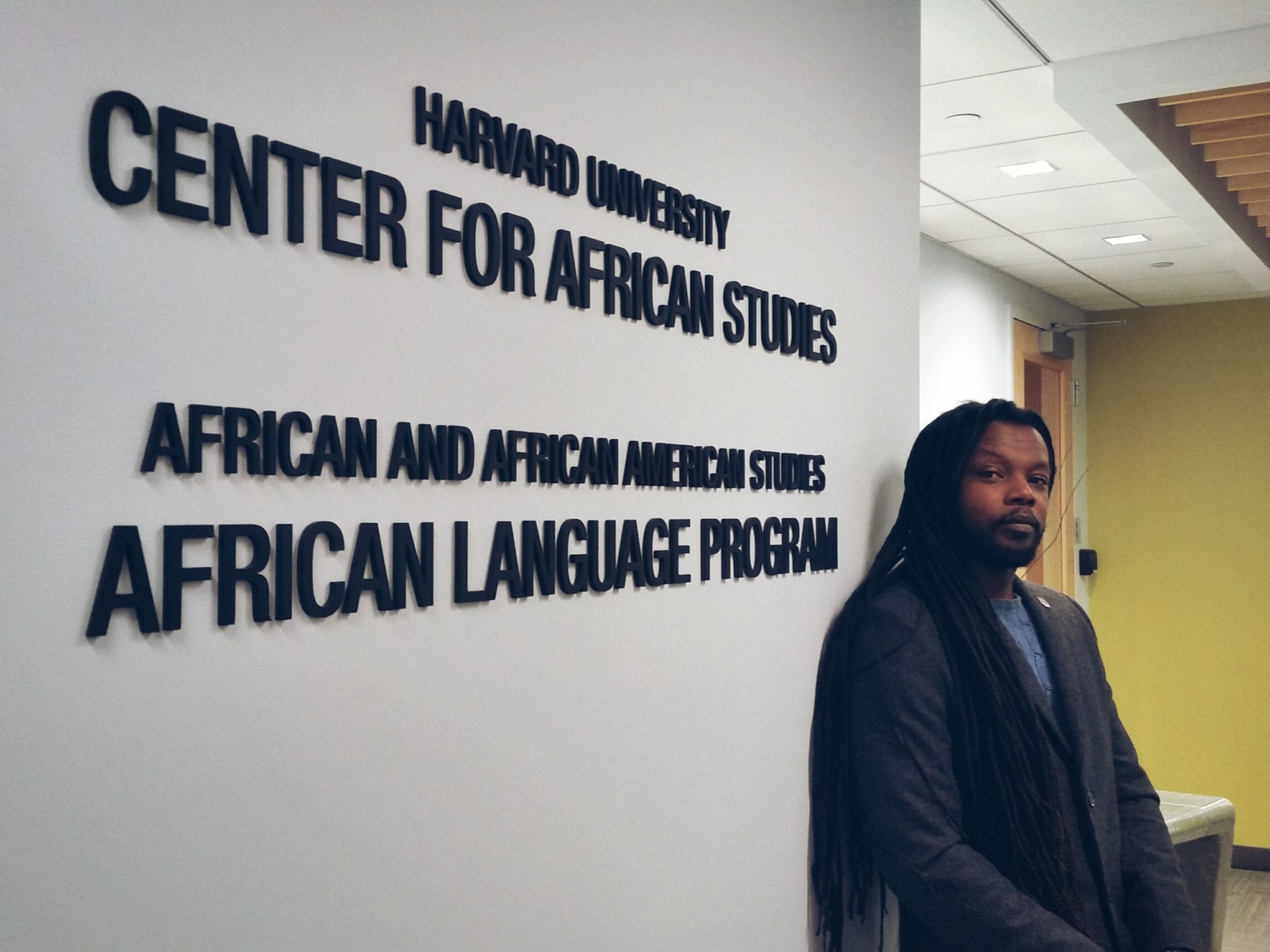 Sunn m’Cheaux, a Gullah instructor for the university, stands inside the Center for African Studies. This is the second semester that the Creole language has been offered to students. By Courtesy of Sa'Rah Mahon
By Annie C. Doris, Crimson Staff Writer

Gullah, a largely oral, African-American creole taught at Harvard for the first time last fall, is now being offered for a second semester.

A combination of West African languages, English, and words and phrases developed by enslaved people in South Carolina, the blended tongue is today spoken in the Gullah Geechee Cultural Heritage Corridor, a portion of the American southeast coast from Florida to North Carolina. Harvard is the first Ivy League school to offer courses in the language.

Sunn m’Cheaux, who teaches Harvad's Gullah courses, wrote in an email that the language’s oral nature stems from the fact the language was originally spoken by slaves.

“Our ancestors were threatened and subjected to brutal consequences, including death, if found to be literate. Therefore, the preservation of our traditions and language relied heavily on the spoken word,” m’Cheaux wrote.

While “Gullah” is the term used to describe this creole, the word also defines the group who speaks the language and their culture. m’Cheaux characterizes Gullah as more than a language.

“I describe it as 'living word.' Gullah is not only a language, it's a culture and a people. It's literally a language manifested as life,” m’Cheaux wrote. “It’s not just my first language, it’s my culture.”

m’Cheaux said he learned the Gullah language as a child in a rural, South Carolinian community.

But m’Cheaux’s teachers did not always approve of his creole, so he quickly learned to switch between Gullah and English, he said.

“I can recall feeling humiliated in class by teachers who sought to wring out every drop of Gullah from my ‘broken English’ like dirty wash water from a scrub rag,” m’Cheaux wrote.

m’Cheaux wrote that, even today, spoken Gullah is often discouraged in the classroom. m'Cheaux wrote he has friends who were criticized for using the language.

But m’Cheaux wrote that he sees Harvard’s decision to teach Gullah as a sort of validation; he hopes that support for teaching the language will help Gullah and Geechee school children “be embraced in academia.”

m’Cheaux described the language as “intricate” and “nuanced,” making master difficult to achieve for non-native speakers. Despite Gullah’s oral origins, m’Cheaux said he believes teaching a written component of the language is critical.

“My general philosophy for helping non-Gullah speakers understand the language is to emphasize the importance of using phonetics and literacy in tandem… sound is integral to the learning of Gullah, but translating and communicating it in written form is imperative for us to preserve the language,” he wrote.

“It was easy to see how Gullah could make itself a home within a space where other creoles like Jamaican patois had already been embraced,” m’Cheaux wrote. “Moreover, the ‘father of Gullah studies’ (Lorenzo Dow Turner) was himself a Harvard University graduate.”

m’Cheaux wrote that he hopes other institutions will “follow suit” in offering the language.

This article has been updated to reflect the following correction.