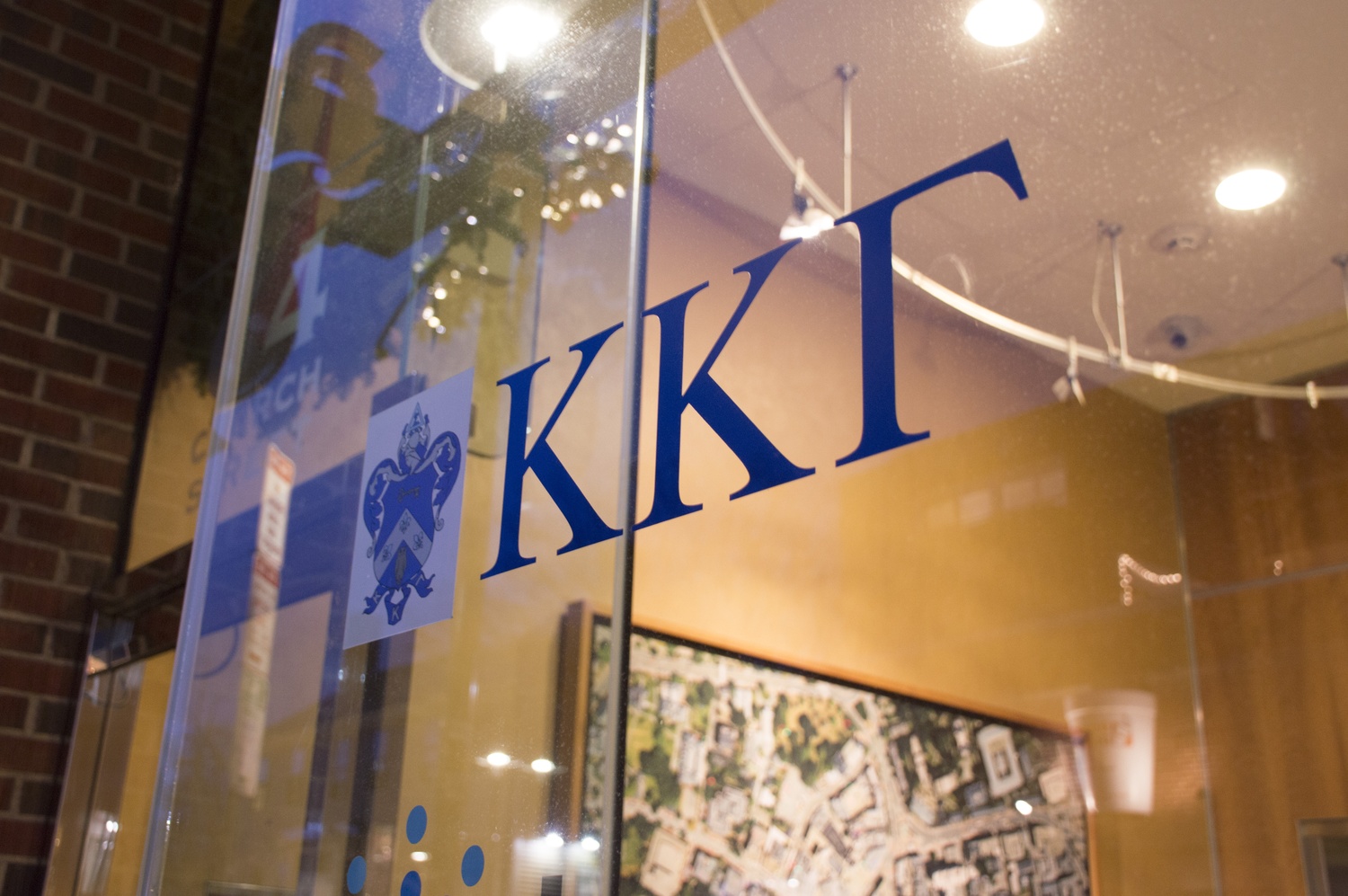 Kappa—the third sorority to come to Harvard—is the first campus sorority to go co-ed since the College announced its social group penalties in May 2016. The sanctions, which took effect with the Class of 2021, bar members of single-gender final clubs and Greek organizations from receiving campus leadership positions, varsity athletic team captaincies, and College endorsement for prestigious fellowships like the Rhodes.

Menon directly attributed the group’s decision to go co-ed to the College’s penalties in an email Sunday.

“The May 2016 policy presented the opportunity for our group to critically think and converse about our place on Harvard's campus and collectively determine our path forward,” Menon wrote in the email.

Menon wrote that College administrators had played a significant role in pushing the group to adopt gender-neutral membership practices.

“The formation of The Fleur is the culmination of numerous discussions spanning the last two or so years within Harvard’s Chapter of Kappa Kappa Gamma and with the administration,” she wrote. “[Administrators] have helped shape the path we as a group have chosen to pursue.”

Dean of the College Rakesh Khurana praised the club's decision to go gender-neutral in an emailed statement Monday.

"This kind of positive change is made possible by our students' leadership in creating environments and cultures rooted in respect and inclusion," he wrote. "As members of this community, we all have an opportunity to strengthen our culture both for current students and future generations, and I applaud the Fleur-de-Lis on their efforts."

“Being a gender-neutral club means that we will never deny membership to our organization to anyone on the basis of gender,” the FAQ page reads. “Our mission is to create a safe, empowering space for female-identifying individuals on campus.”

“We’re excited to welcome anyone to our recruitment process that is similarly excited, regardless of their gender,” the page continues.

Though all-male social groups are immediately subject to the penalties, all-female groups will likely be allowed a five-year grace period as they transition to gender-neutral status under a recommendation accepted by Khurana in March 2017. That recommendation allows traditionally all-female final clubs and sororities to retain a “gender focus” for the next few years while complying with the sanctions.

The Fleur’s decision to disaffiliate comes soon after Kappa Kappa Gamma’s national chapter announced it was “profoundly disappointed” in Harvard’s decision to ultimately pursue its social group policy. Though Harvard seemed to waver in its commitment to the sanctions over the past year, at times seeking to revise the penalties, the University officially adopted the policy in Dec. 2017 following a vote by the Harvard Corporation.

In the wake of the vote, other campus sororities took a different approach, choosing to openly defy the College’s penalties. The Harvard chapters of Alpha Phi, Delta Gamma, and Kappa Alpha Theta announced in a joint statement in December that they would proceed with standard all-female recruitment in the spring 2018 semester.

The Fleur's move to go co-ed and comply with the sanctions was not always certain, though—at one point in Sept. 2017, then-Kappa Kappa Gamma considered shutting down in response to the social group policy.

The Fleur is not the first of Harvard’s formerly single-gender social clubs to go co-ed. Earlier this semester, all-male fraternities Kappa Sigma and Alpha Epsilon Phi broke ties with their national organizations to form the co-ed KS and the Aleph, respectively. The Oak Club, the Sablière Society, the Seneca, and the Spee Club all went gender-neutral over the past three years.

Khurana said in a Dec. 2017 interview that the College will release an official plan outlining how it will enforce the sanctions sometime in January or February.