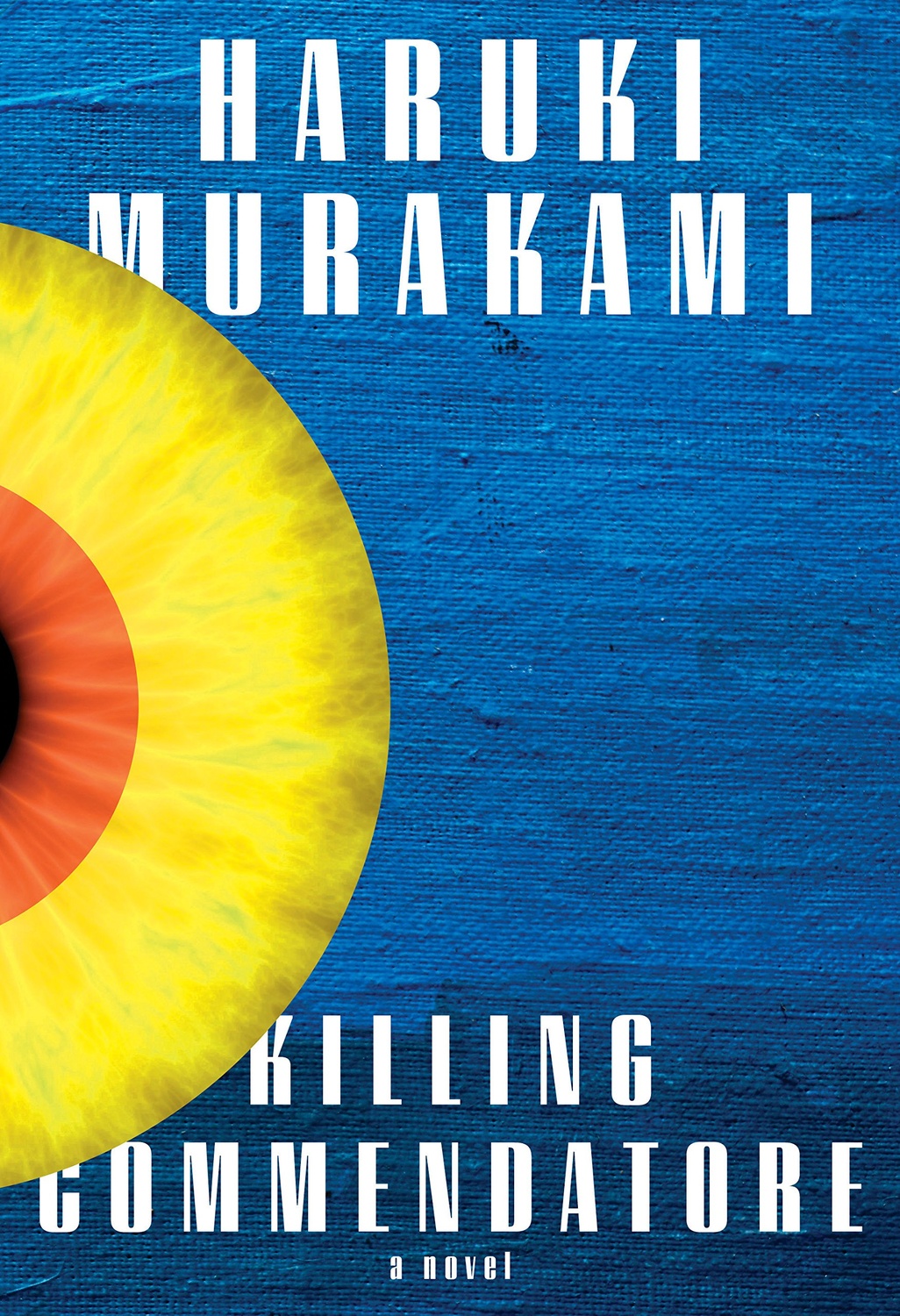 By Courtesy of Alfred A. Knopf
By Minjue Wu, Contributing Writer

Wild in metatextuality, Haruki Murakami’s “Killing Commendatore” — like its Carraway-esque protagonist painter — deftly combines numerous nested narratives into a singular pendulum. But its ambitious swing is stopped slightly short by the slow burn of absurdist elements and our painter’s ultimately static character development. Murakami’s latest work, which was published in Feb. 24, 2017 in Japan and recently released in the U.S., presents a fascinating premise of a mystical journey of self discovery in the mountains outside Odawara, but gradually loses track of its course until near the end of its 680-page trek.

One of the immediate charms of the novel is its blunt candor, as the opening pages reveal our unnamed 36-year-old portrait painter’s destination from the get-go. Upon his wife’s abrupt demand for a divorce, the protagonist embarks on a rambling road trip through Japan in search of lost identities and unpinnable artistic ideas. As soon as he settles in the home of famed Japanese artist Tomohiko Amada, darkly intriguing elements peek through from the spirit world and hook painter and audience alike. A mysterious bell rings from a sealed cave in the woods, a faceless man comes with an impossible painting request, and the discovery of a never-unearthed painting — Amada’s “Killing Commendatore” — guarded by a great horned owl in the attic threatens to make the “boundary of existence and nonexistence convalesce.”

The subplot involving Menshiki’s futile pursuit of a desirable woman and his precious 13-year-old daughter Mariye also provides a nice nod to Murakami’s tribute to “The Great Gatsby,” though subtle differences in the resolution in their relationships — or lack thereof — distinguishes it from a repeat of Daisy’s love story. Murakami’s narrator is enraptured with routines of American jazz music, absurdism, and a Don Giovanni-inspired central artifact that deftly speaks to the author’s dedication to cross-cultural translations. In the pursuit of artwork which itself manifests a transnational nature, Murakami succeeds in masterfully fusing Western and traditional narratives. However, as Murakami slowly but surely drips references of ghosts of Nazi assassins from the 1930s or warnings against dark “double metaphors,” the centripetal force that held our narrator’s journey together slowly deteriorates as its periphery spins out of control.

The average novel might resolve these elements in staggered linear plotlines, but Murakami’s approach is more akin to an experimental abstract painting of unfinished splatters. The novel’s conclusion leaves questions dangling: What are the spirits? Why the incorporation of explicit sexual scenes that propagate little character development? What separates the real world from the nonexistent? Murakami, like his protagonist, feeds us colors of timid beginnings only to halt, realign perspectives, and continue midway on a different trajectory. Although it is startlingly honest, the universal process of memory and reimagination, the constant readjustment and short-stopped pitches become confusing and ultimately disorienting.

Perhaps the least satisfactory facet of the novel is the lack of change seen in the protagonist at the end of his odyssey. For all his acknowledgement of the strange experiences on that Odawara mountaintop house, the painter’s supposedly newfound “capacity to believe...in all honesty that something will appear to guide [him] through the darkest and narrowest tunnel, or across the most desolate plain” isn’t a revelation as much as a romanticized recap of his alarmingly nonchalant acceptance of everything that comes his way. This absurdist perspective may have fit with the postwar trauma depicted in “Norwegian Wood” or the “The Windup Bird Chronicle,” but within the context of the leisurely stroll of “Killing Commendatore,” it begs a larger suspension not only of belief but also of faith that any conclusion will be reached at all. Murakami’s novel gambles on the power of art as an organic process, one that requires random discovery, unpredictability, and self regeneration. To enjoy “Killing Commendatore” is to surrender oneself to the flux of a wind in Odawara, and while the scenery is beautiful, one must reconcile the precarious danger of getting lost in the bramble of words and reaching an altogether not too timely destination back to square one.