No. 6 Field Hockey Still 'Underdogs' against BC and Dartmouth 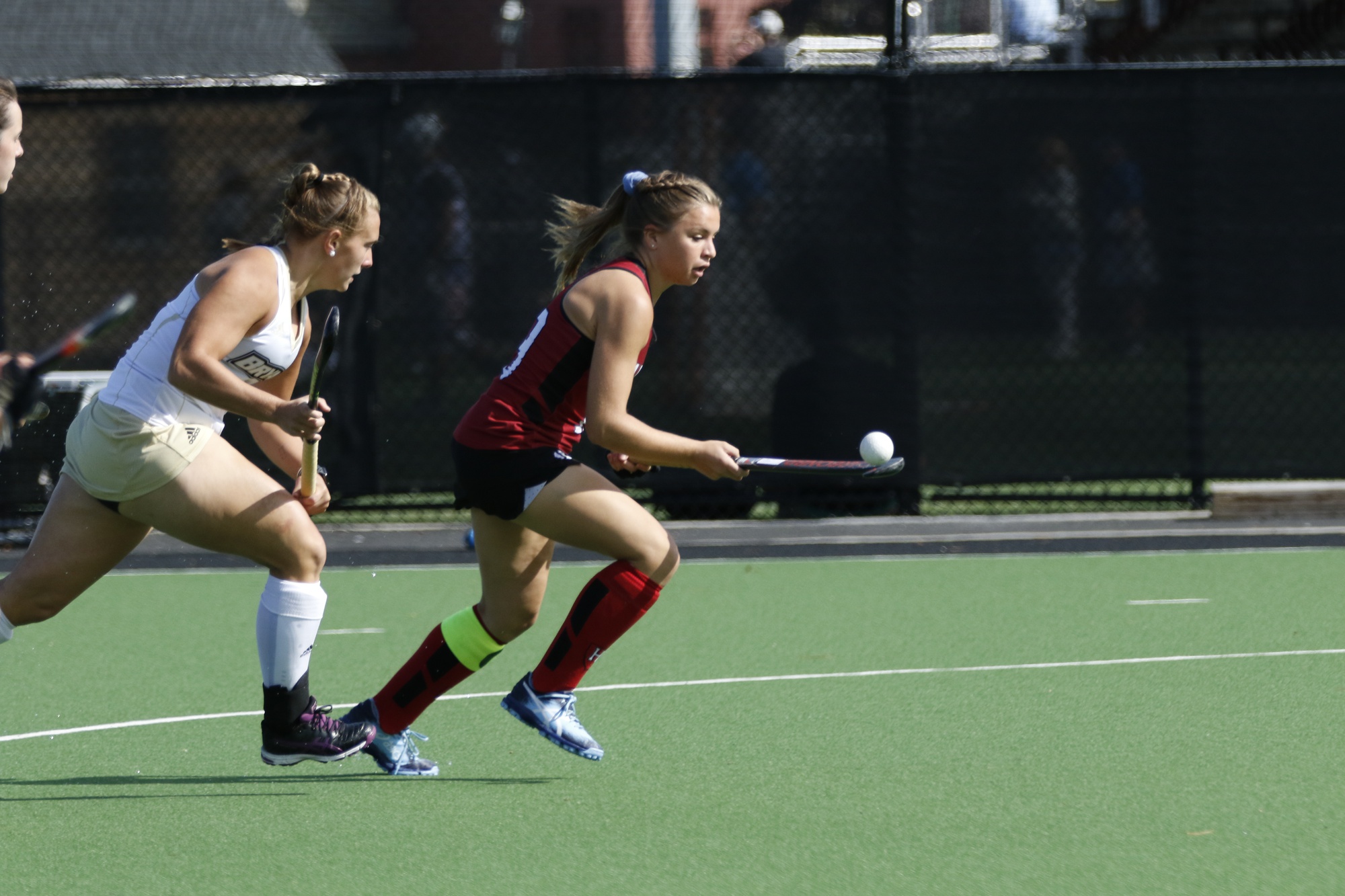 Harvard field hockey has been hot all season, with last week’s win over Ivy League rival and then-No. 3 Princeton cementing No. 6 Harvard as a national power and extending an all-time program best win streak to 10 games. On Thursday, the Crimson hosts No. 13/17 Boston College before continuing Ancient Eight play on Saturday at Dartmouth.

Despite enjoying a never-before-seen stretch of dominance, the team still refuses to take anything for granted going into this week’s games.

“Every team on a good day can win, and every team on a bad day can lose, regardless of previous success,” co-captain Libby Manela said. “We really try to ground ourselves in that mentality and not become too comfortable with predicted outcomes.”

Although the team attributes a sizable amount of its success to game-by-game performances, the Crimson’s achievements are nevertheless tied to the tireless work by its players this season.

“Our team does really put in a lot of work, our incoming players put in a lot of work. [Freshman goalkeeper] Ellie Shahbo had an incredible game [against Princeton], [freshman forward] Rachel Greenwood had an incredible game,” co-captain Kathleen Young said. “The effect of the team’s newcomers has been very profound this year, and it definitely helped secure our place as a top contender and being in the top 10.”

Thursday’s game against a formidable Boston College side (9-7, 2-4 ACC) is arguably the biggest matchup remaining on Harvard’s regular season schedule, which closes out with Dartmouth (6-8, 2-3 Ivy) and Columbia (7-7, 2-3).

The series, running since 1979, sees a 22-12-1 Eagles advantage and an active 13-game win streak by Boston College, extended last year through a "heartbreaking" shootout loss by the Crimson that made Harvard the first team to miss NCAA playoffs.

“Last year was extremely close,” Manela said. “They’re probably one of the games that sort of hurt our chances of making the NCAA tournament, so I think we’re really looking to kind of seal the deal on that one…. I know they’re thinking the same thing, so it’s going to be a close, tough game.”

The Eagles are familiar with knocking the Crimson off its game. In 2016, Boston College snapped Harvard’s then-record eight game win streak. However, this year’s preview headline on bceagles.com, “Eagles Prepared For Tough Task at No. 6 Harvard” — which contrasts with last year’s “Eagles Take On Local Rivals” — hints that the balance of power may be shifting.

“We’re in a unique position now where we’re the higher-ranked team, and we’ve never been in that position before to my knowledge,” Manela said. “It’s a new perspective going in, but our goal is still the same, and we still feel like we’re the underdogs in a way.”

Although the Eagles are still nationally ranked, the team has struggled in recent matches. Boston College dropped two straight to No. 4 Duke and No. 19 Liberty.

Senior co-captain Lucy Lytle, who has scored in each of the Eagles’ past four games to help Boston College to an average of 2.7 goals per game, may cause some trouble but should be able to be stopped by the Crimson’s solid back line. Shahbo averages 0.75 goals allowed per game. Of course, as self-proclaimed underdogs, Harvard’s outward expectations remain conservative.

“They’re a fast team, they’re a strong team — I think they play a very similar style to Princeton, so this isn’t over,” co-captain Kathleen Young said. “This next game is very important to us in terms of RPI [rating percentage index], and it’s also important because we want to get better with each game that we play.”

Dartmouth is one of the Crimson’s last obstacles on the path to a perfect in-conference record, an Ivy League championship, and an NCAA playoff berth. Although the Big Green is coming off a two-game win streak, every top-25 opponent has delivered a shutout to Dartmouth. Young did not hold back about Harvard’s determination going into Saturday’s game in Hanover, N.H.

“I think our goal is really to win it the right way and go seven and [zero],” Young said.

The Crimson has shattered all pre-season expectations. Last week’s decisive win over Princeton only added momentum to a team that needed no more, putting Harvard in a solid position to start a new series win streak on Thursday and to continue on the path to a 7-0 Ivy League record.