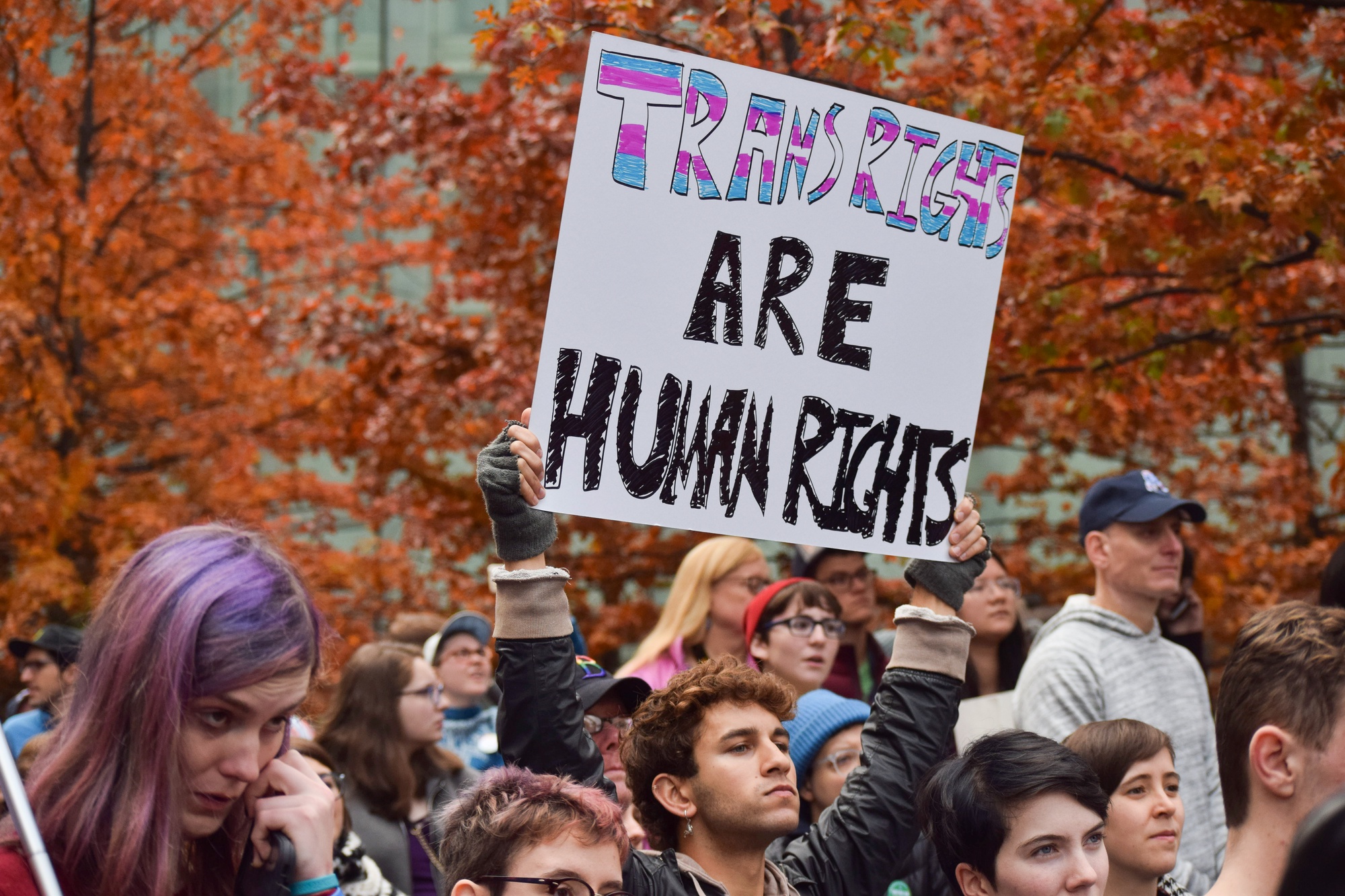 On Sunday afternoon, hundreds of protestors gathered near Boston City Hall Plaza to rally for transgender rights in Massachusetts.

The event was organized by the Yes on 3 Coalition, which is supported by a number of transgender rights activist groups, national businesses, and local government leaders. 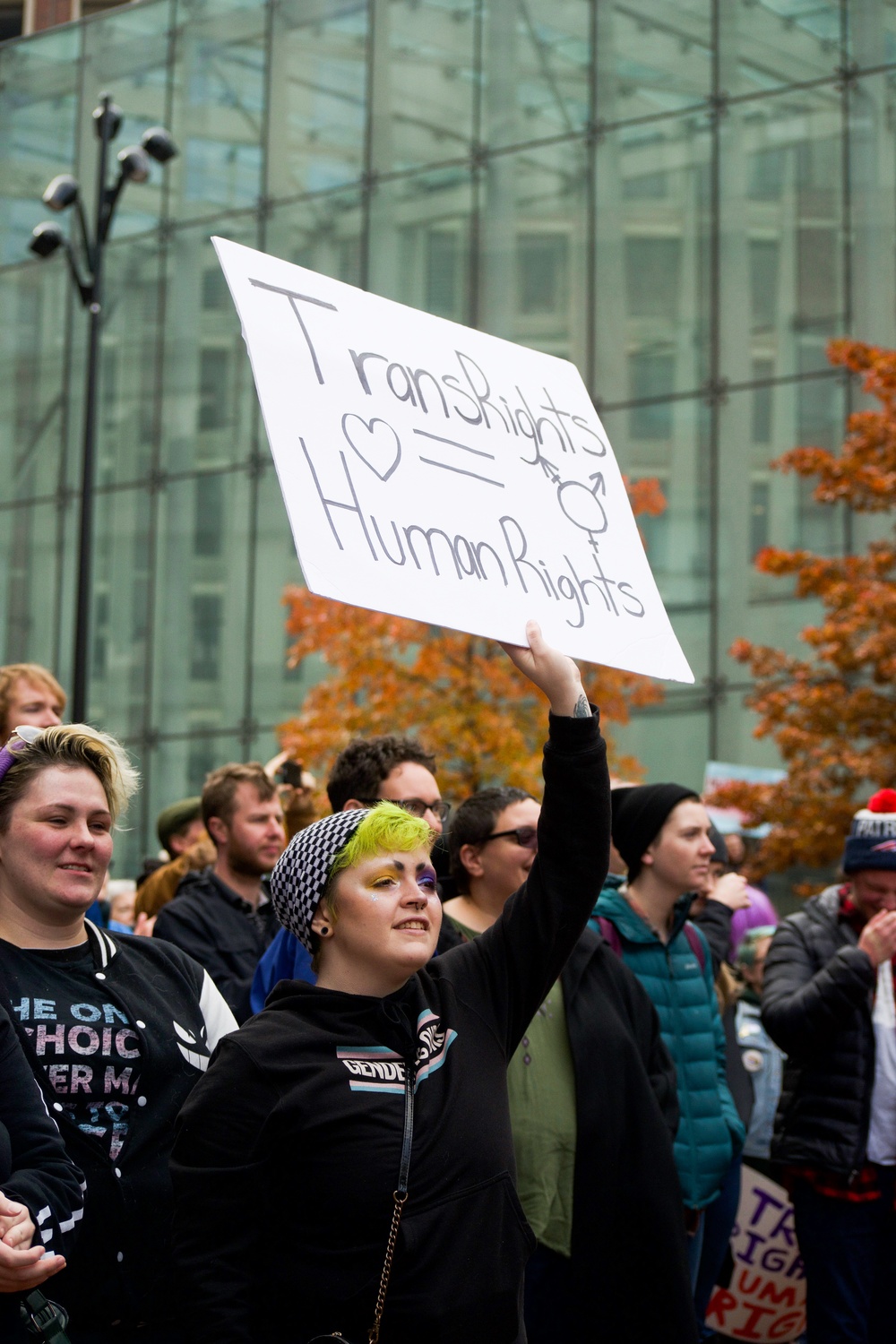 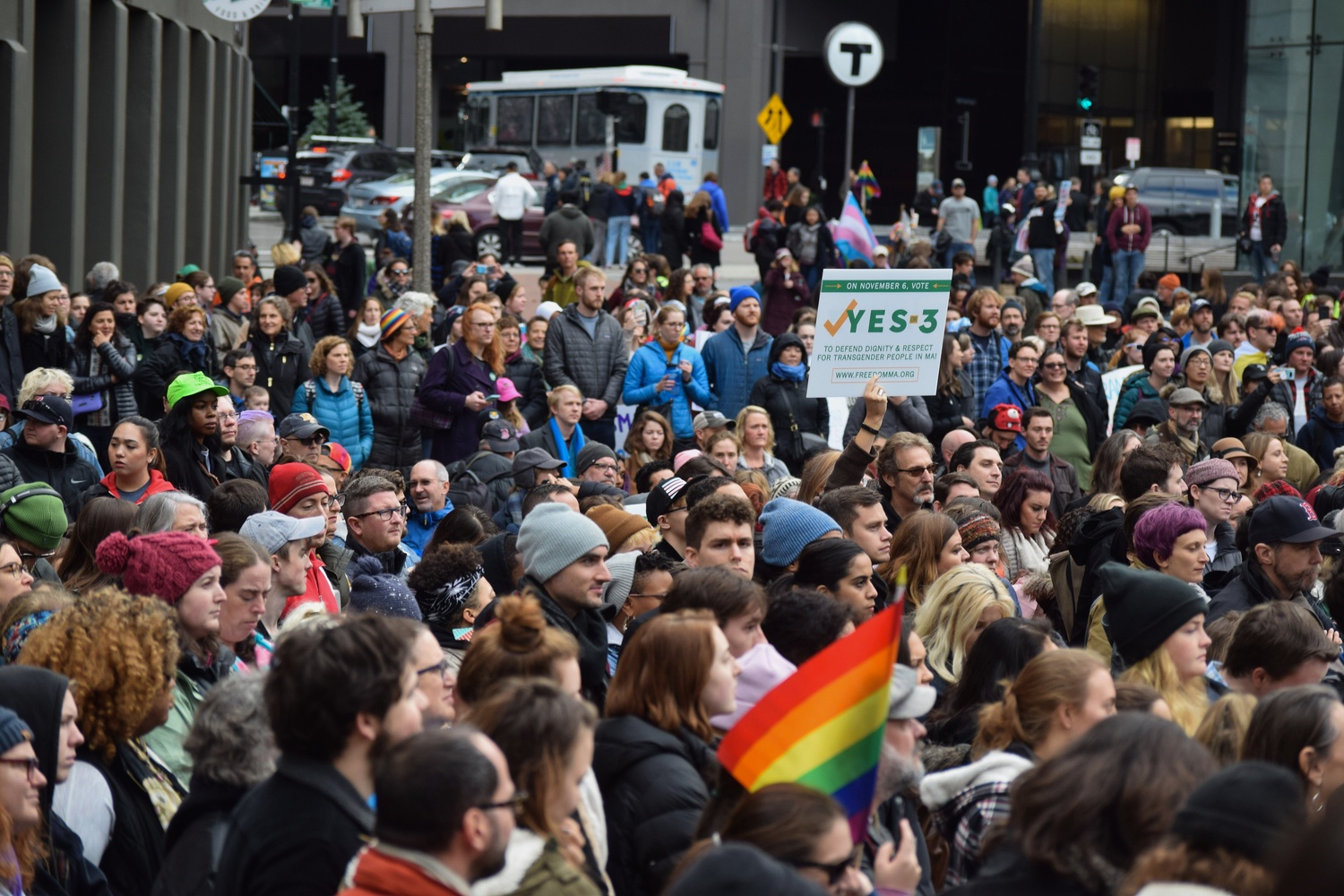 The rally was organized following a New York Times report on a Trump administration memo that argued in favor of defining gender solely on the basis of genitalia at birth. 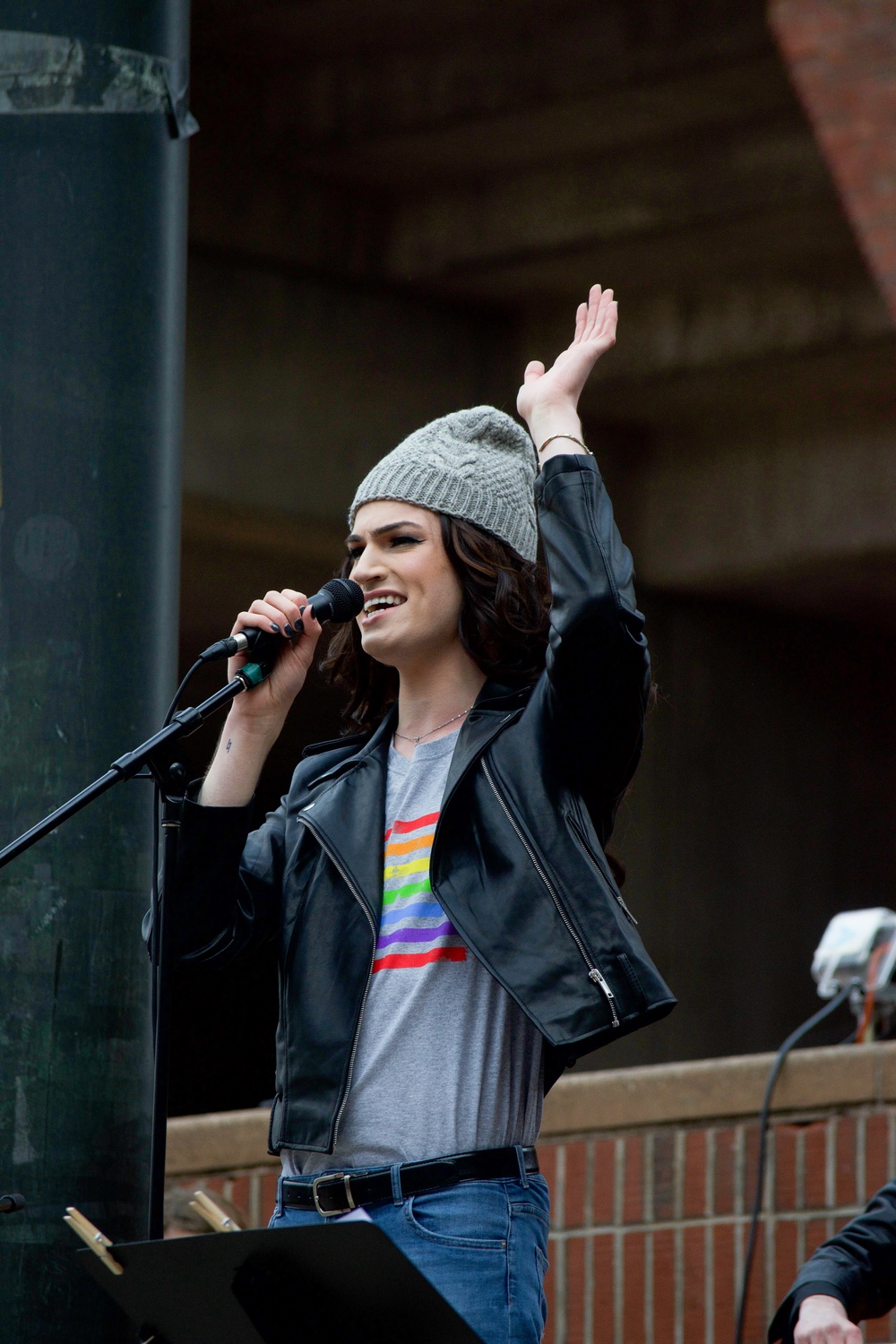 Throughout the rally, local community members, including Jackie Rae — a 20-year-old songwriter from Virginia and a Berklee College of Music student — performed music sets and poetry. 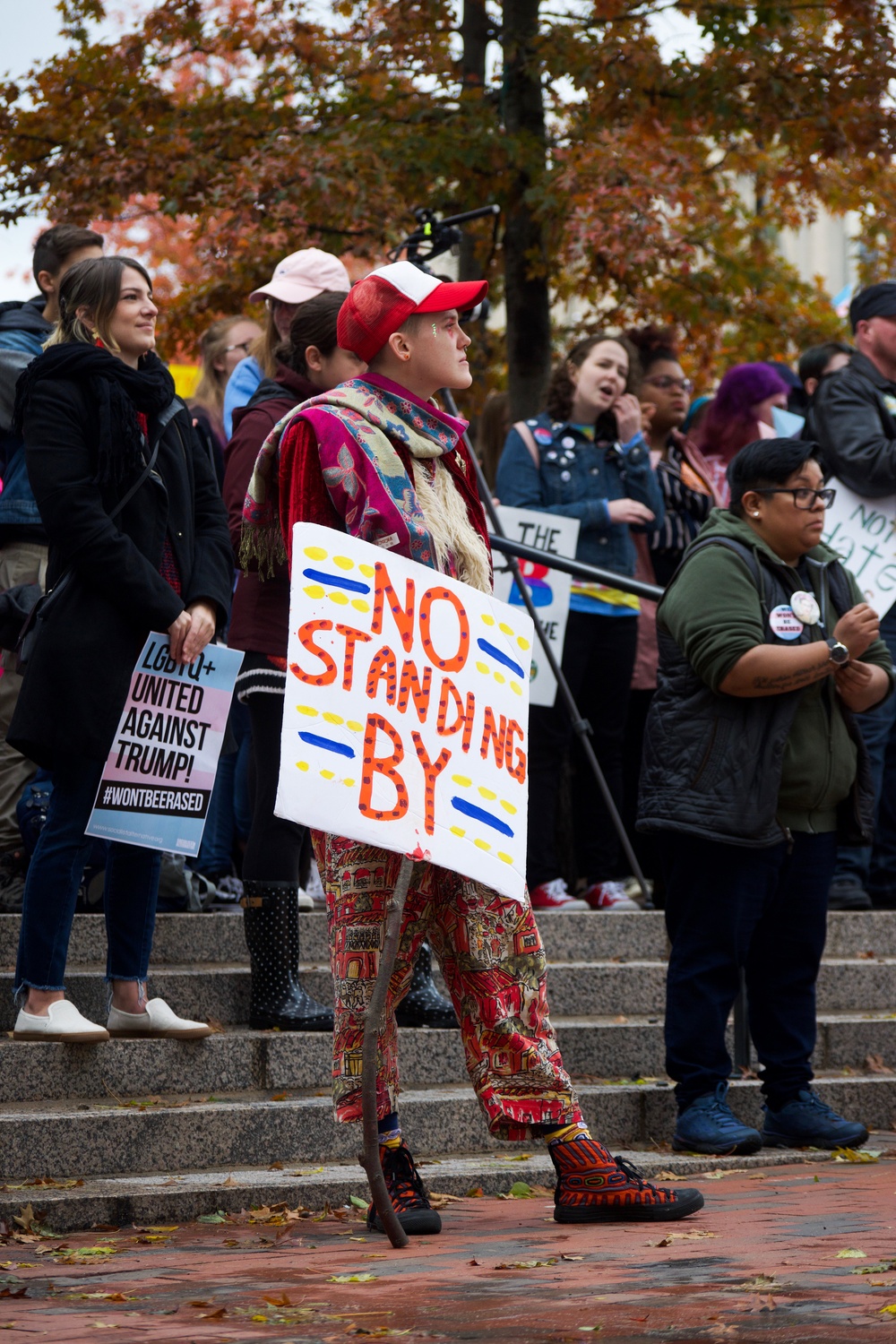 As rally attendees listened to musicians and speakers, around 10 counter-protesters from the local chapter of the right-wing organization Resist Marxism made an appearance at the nearby Government Center station, holding a large banner with a crossed-out swastika. 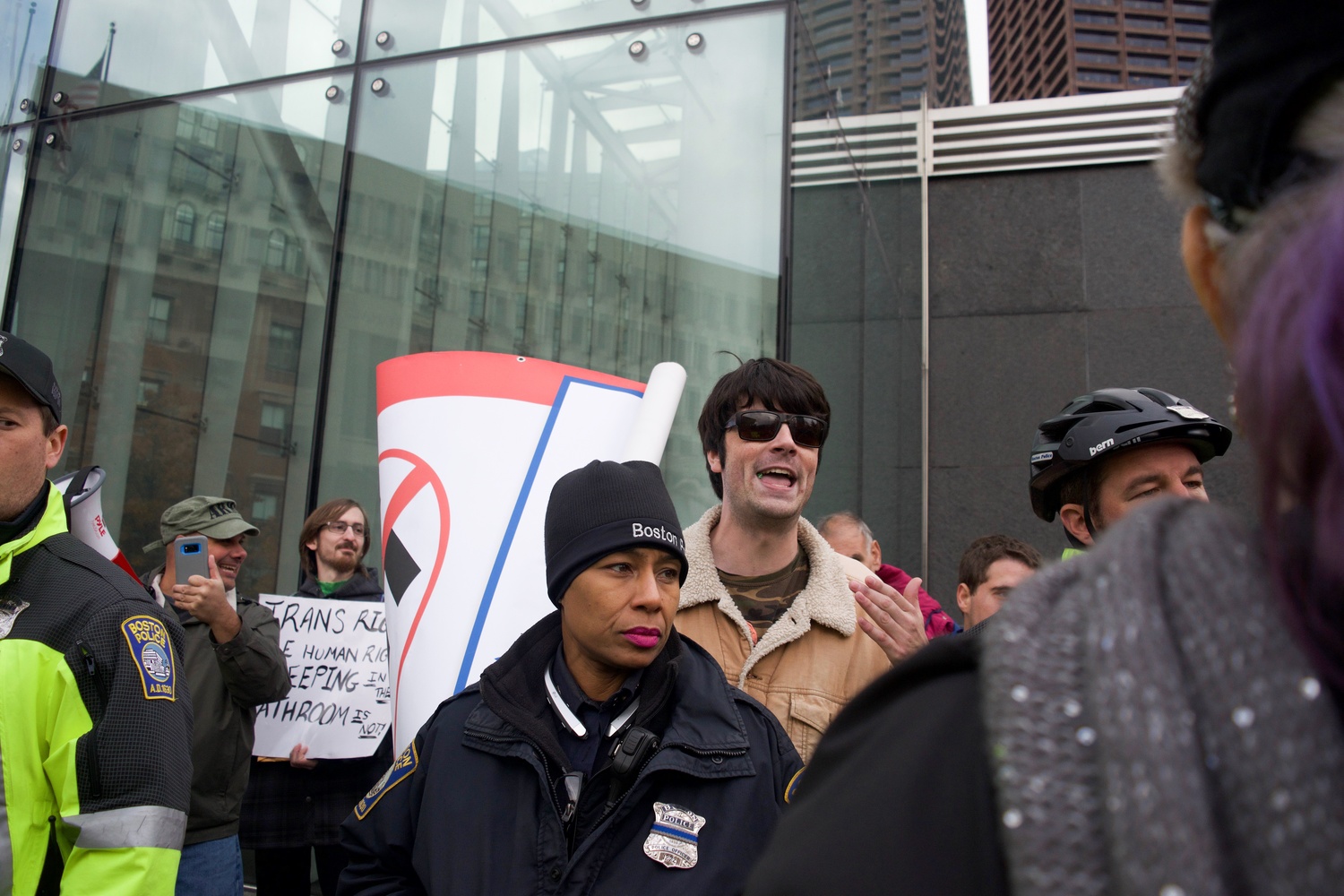 Resist Marxism, a far-right group founded in 2017 by Kyle Chapman, bills itself as an organization that “defends the Constitution against violent extremists and the Regressive Left.” The Boston chapter of Resist Marxism previously organized the “Defend the 2nd Amendment rally,” held in Boston on March 24. 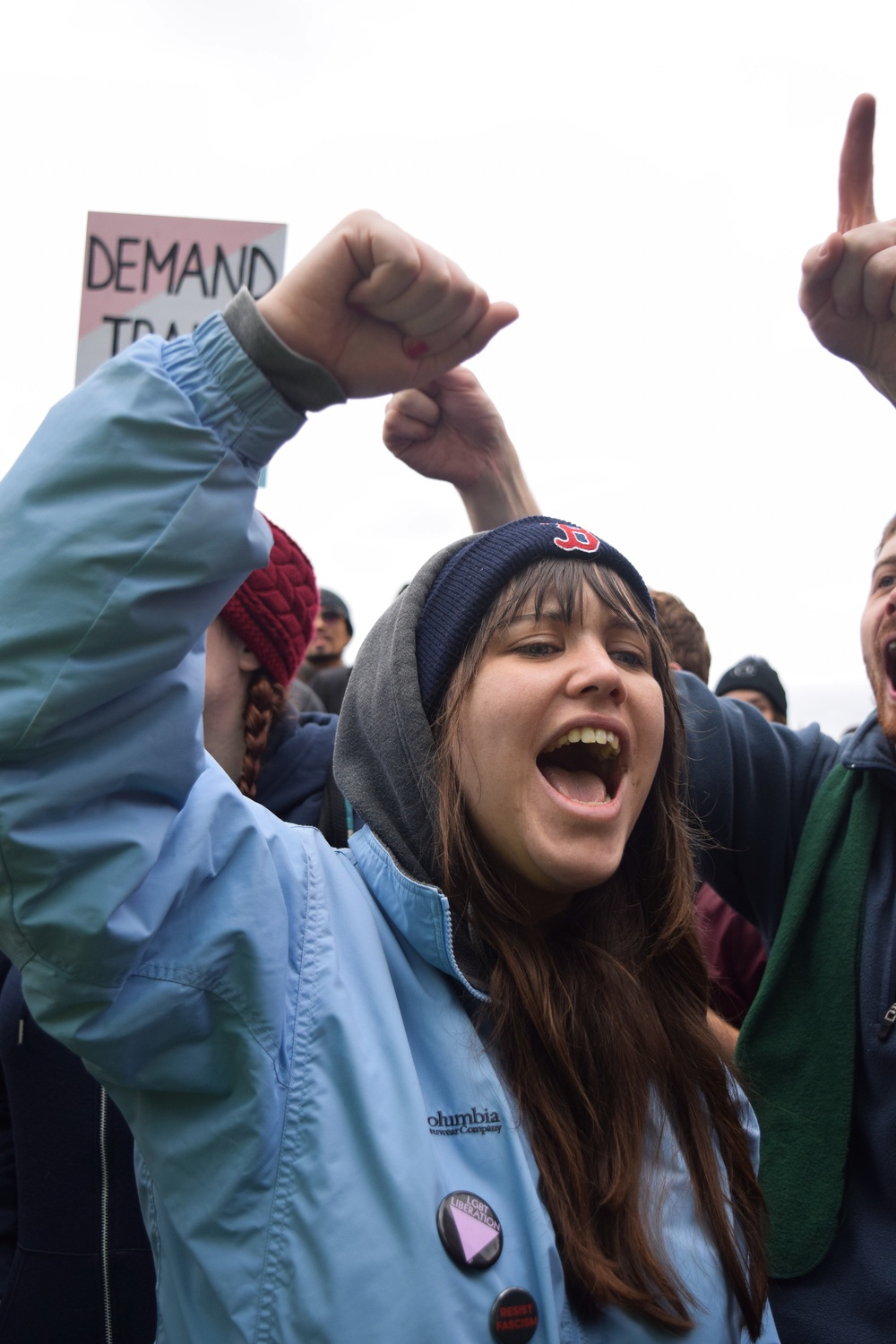 Amid rally attendees’ chants of “Nazis go home! Trans rights now!” (above), members of Resist Marxism asserted that they are not “Nazis.” Organizers said that they were there to express support for President Donald Trump and oppose legislation that would allow people to use the restroom corresponding to their gender identity (below). 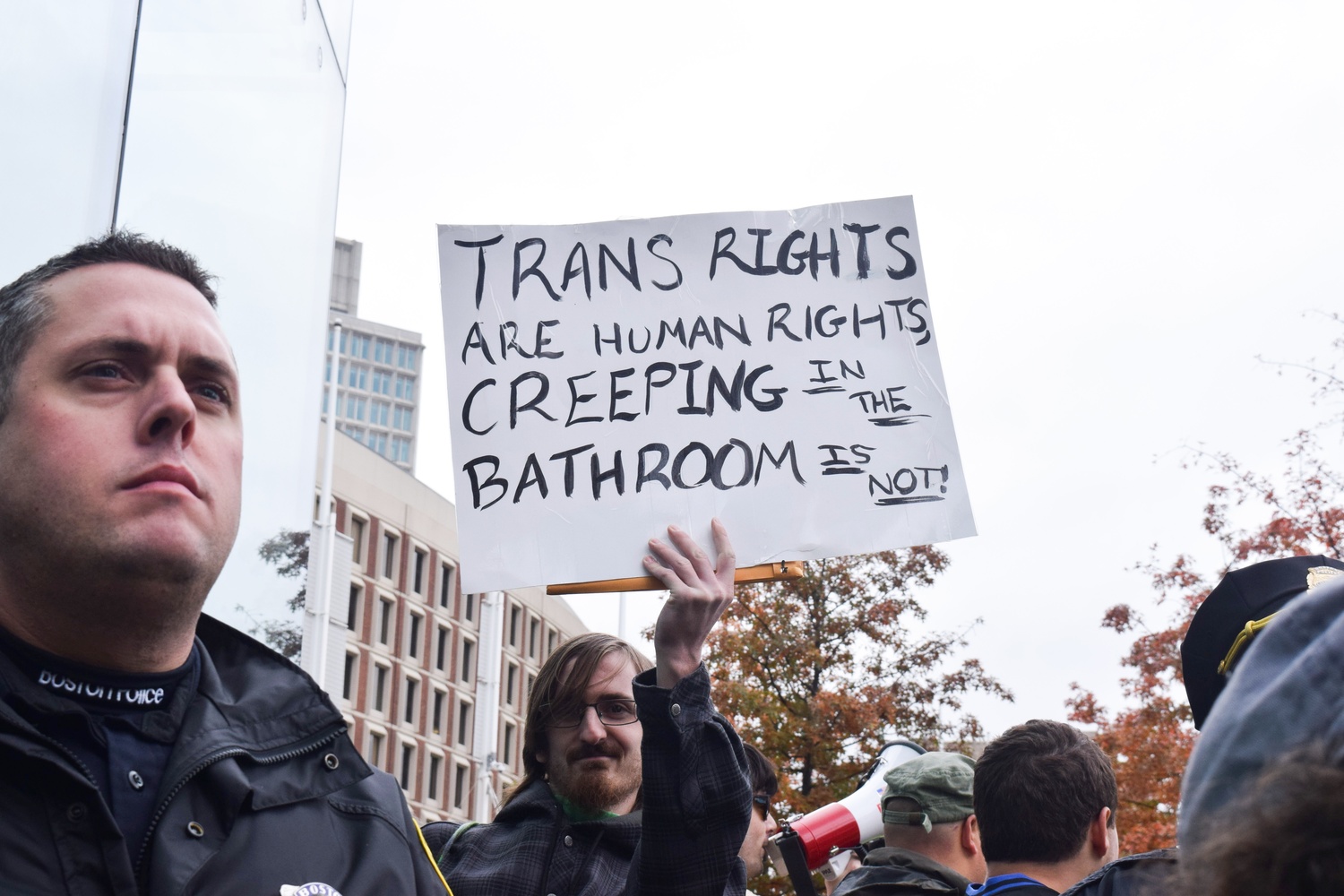 As tensions flared, members of the Boston Police department and several rally organizers formed a barricade around the Resist Marxism members to separate the crowds. 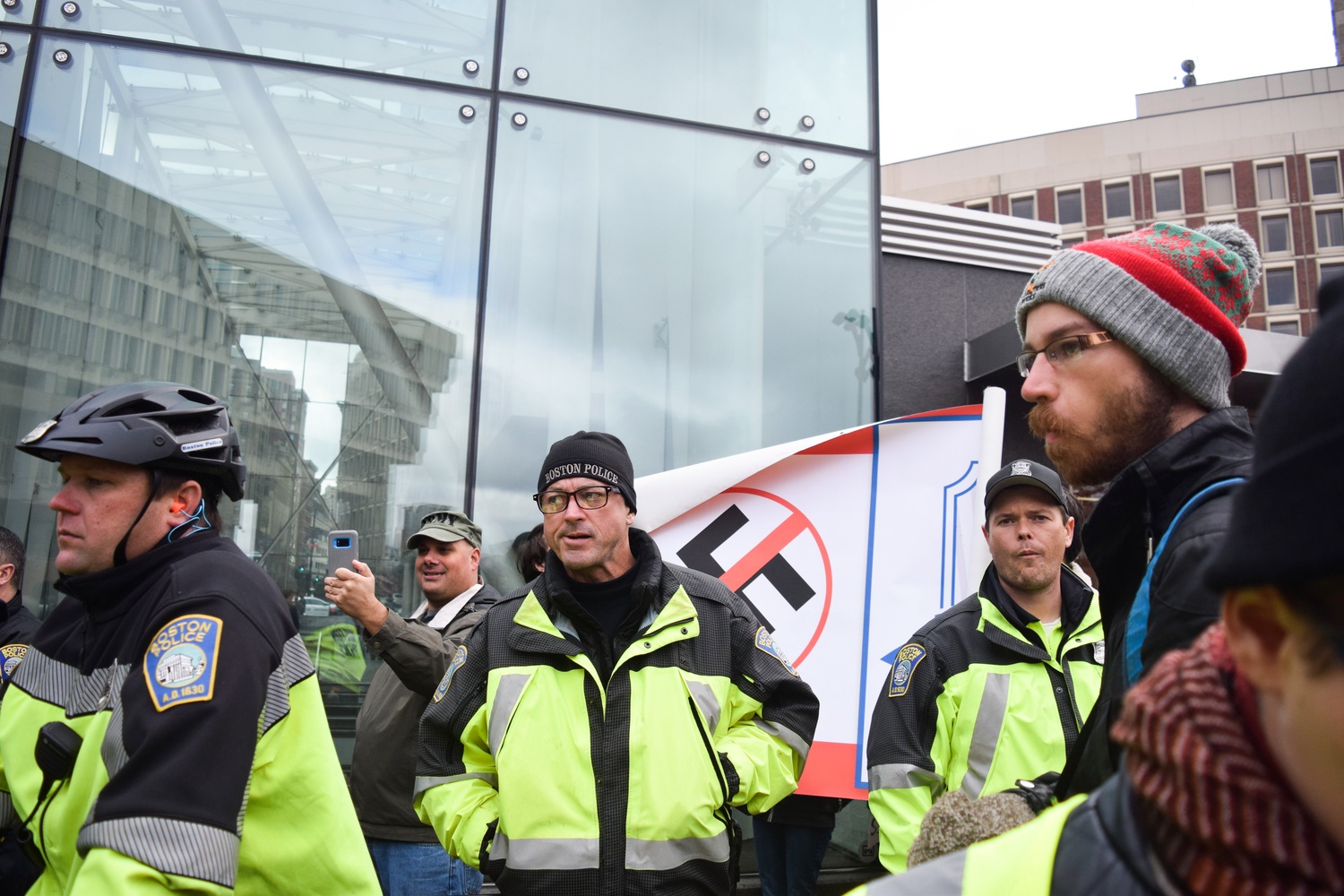 This didn’t prevent transgender rights activists and Resist Marxism members from exchanging obscenities across the barrier. 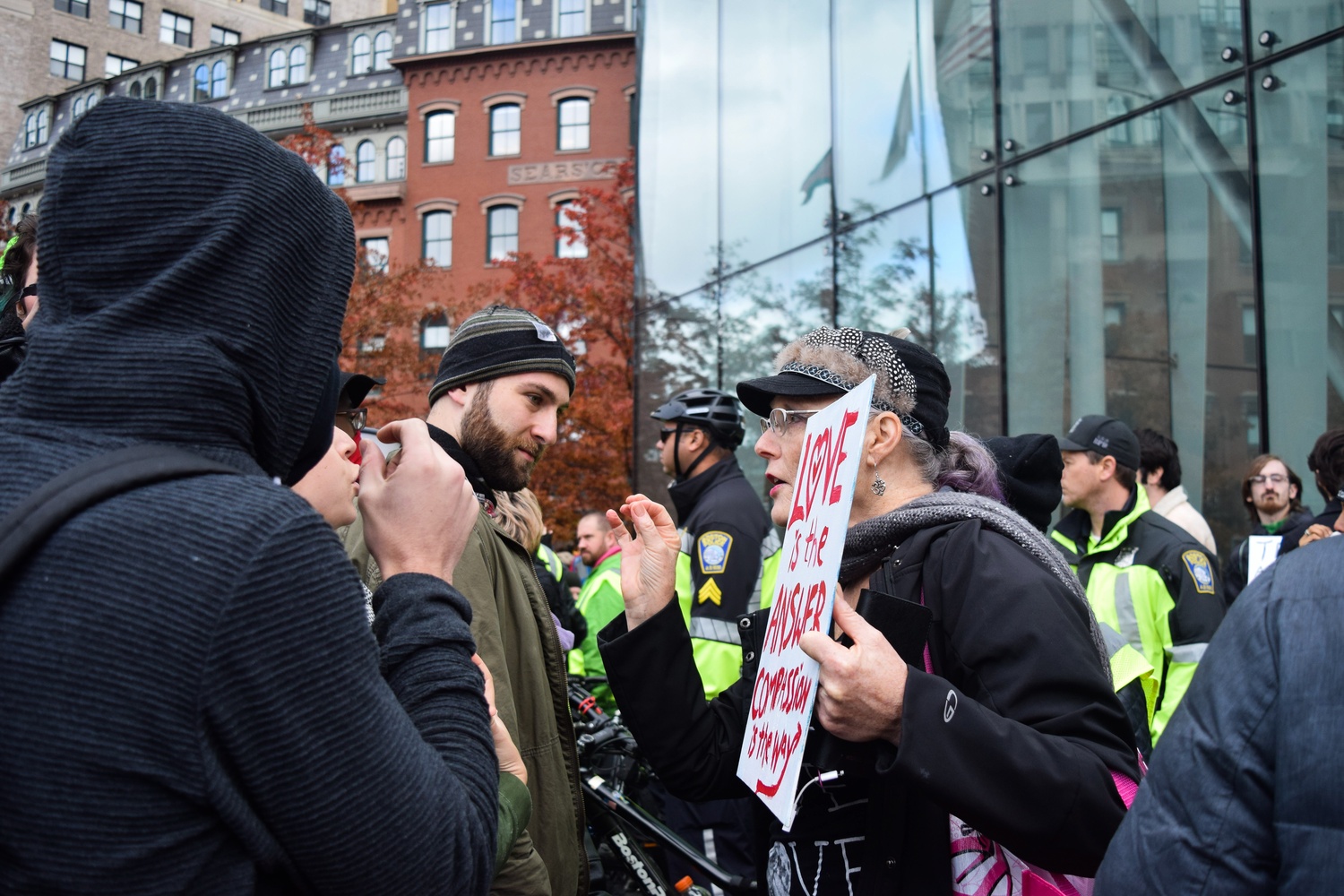 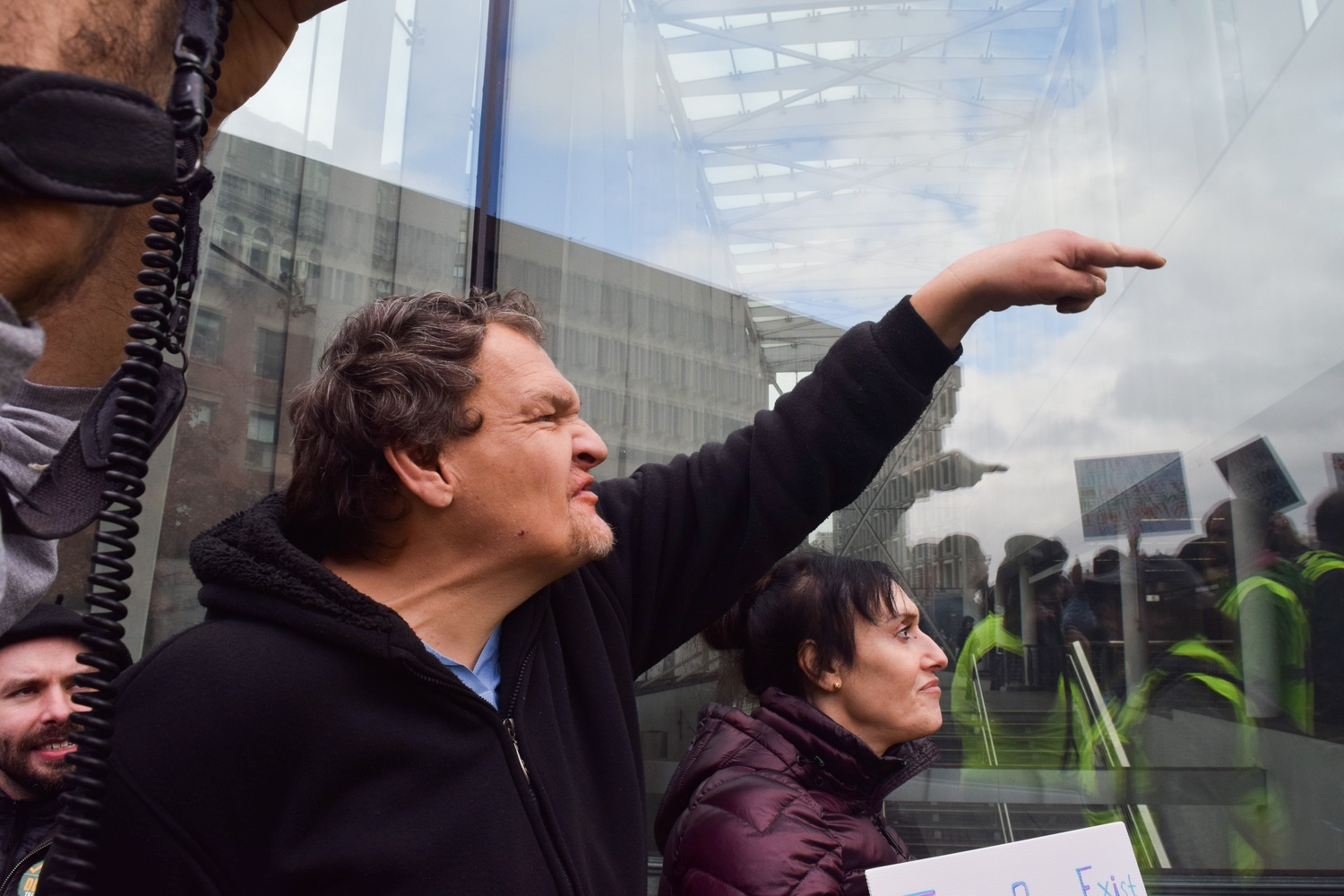 As the two groups clashed, the rest of the rally continued. Eventually, both groups dispersed, and organizers called for the attendees to vote yes on Question Three of Massachusetts’ voting ballot. The proposal would maintain federally mandated protections for transgender people in public. Attendees also called for the Bureau of Prisons in the U.S. Department of Justice to assign prisoners to facilities in line with their self-identified gender, for transgender people to be allowed to serve in the military and all forms of public service, and for the Department of Education to protect transgender students from discrimination through its Title IX authority.