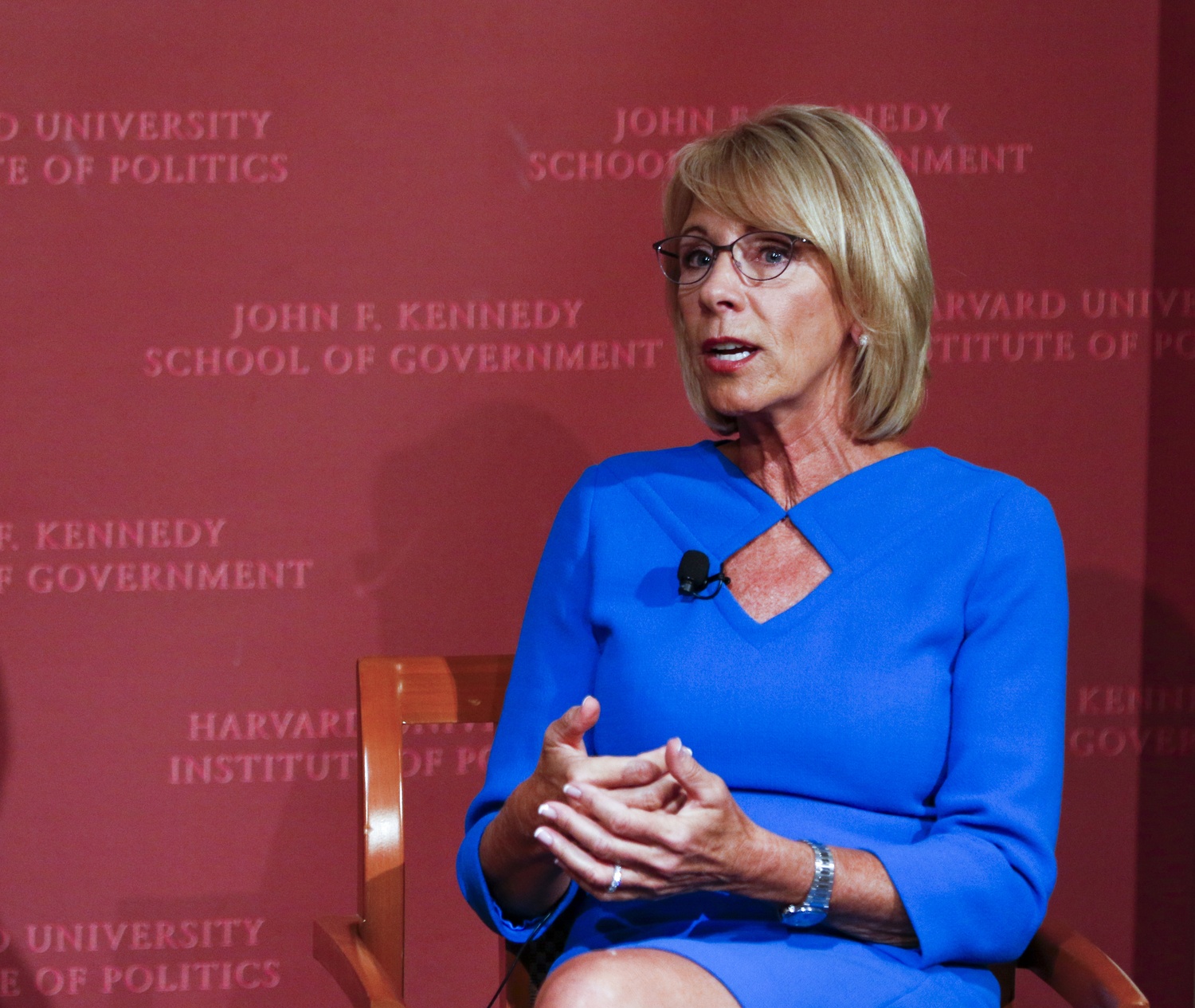 In the weeks since the U.S. Department of Education rolled out a long-awaited proposal to overhaul Title IX regulations for colleges, student groups across Harvard’s campus have launched an effort to oppose them.

Faced with this shift, some students at the College, Harvard Kennedy School, and Harvard Law School say they are determined to make their criticisms heard by the Department of Education before the proposals become federal regulations. Organizers from groups at these schools have called the new measures “harmful” and say they “contradict” their intended purpose.

If they are adopted in their current form, the new rules would represent a significant change from the status quo. They mandate schools allow complainants and respondents in Title IX proceedings to question each other in a live hearing, narrow the standard for sexual harassment, and exclude behavior occurring outside a school “program or activity” — a change some experts say may shield off-campus behavior from investigators’ consideration.

The draft text released earlier this month is not yet binding, though. Before federal regulations are officially changed to reflect the DeVos policies, the Department of Education will field public comments for 60 days. After that period comes to a close, federal officials must wait roughly three months before changing regulations.

In the meantime, student advocacy groups have picked up their pens to seize the opportunity presented by the notice-and-comment period.

College anti-sexual assault advocacy organization Our Harvard Can Do Better began soliciting signatures on an open letter to the Department of Education almost immediately after the new proposed regulations were publicly released.

The letter, written in concert with national anti-sexual violence organization Know Your IX, charges that the “proposed changes to Title IX would deter survivors from initiating Title IX processes, leaving them without recourse in a hostile environment.”

“We are very concerned that Secretary DeVos and the administration systematically ignored the input of survivors while developing the proposed rules,” the group’s letter reads.

As of Tuesday evening, the open letter had garnered over 375 signatures from Harvard affiliates, as well as affiliates of dozens of other institutions across the nation.

“One thing that we’re still waiting on is a response from Harvard. A number of our peer institutions have issued some kind of response to the rules and regulations,” Amelia Y. Goldberg ’19, an organizer with Our Harvard Can Do Better, said.

“It’s important for Harvard students to know how the administration plans to respond, whether it plans to submit a comment — as many other schools have already committed to doing — and how it plans to handle cases that may be ongoing when the proposed rules are finalized,” she added.

“Harvard's top priority remains ensuring the safety and wellbeing of every member of our community, supported through thoughtful and fair policies and procedures,” he wrote. “We are reviewing the proposed Title IX regulations from the U.S. Department of Education, and are in the process of understanding how, if they were to be adopted, they may affect our current policies and practices.”

Goldberg said Our Harvard Can Do Better plans to deliver its open letter next week, and the group will organize comment writing opportunities on campus over the course of the 60-day notice-and-comment period.

Students from the Kennedy School and Law School have circulated the letter and say they plan to hold comment writing sessions as well.

Emily M. Ausubel, a co-chair of the Gender Policy Union at the Kennedy School, said these sessions will be a fitting time to utilize skills HKS students develop in their classes.

“It's actually a really great opportunity for Kennedy School students to get involved in giving feedback to our government and using the skills that we’ve learned in our courses and outside of courses to present concise and compelling and well-researched, evidence-informed arguments about why these changes are harmful and what we would like to see instead,” Ausubel said.

Ausubel emphasized that the negative effects of these policy changes would be disproportionately felt by graduate students who live outside campus boundaries. With the Title IX changes, any inappropriate behavior outside of a school “program or activity” will be excluded from consideration by investigators.

“The majority of scenarios in which Kennedy school students and other graduate students are experiencing harassment and cases of assault are off-campus,” Ausubel said. “But that doesn’t mean that it doesn’t affect our lives on campus and that the school shouldn’t have a responsibility of supporting students who are being harassed or assaulted.”