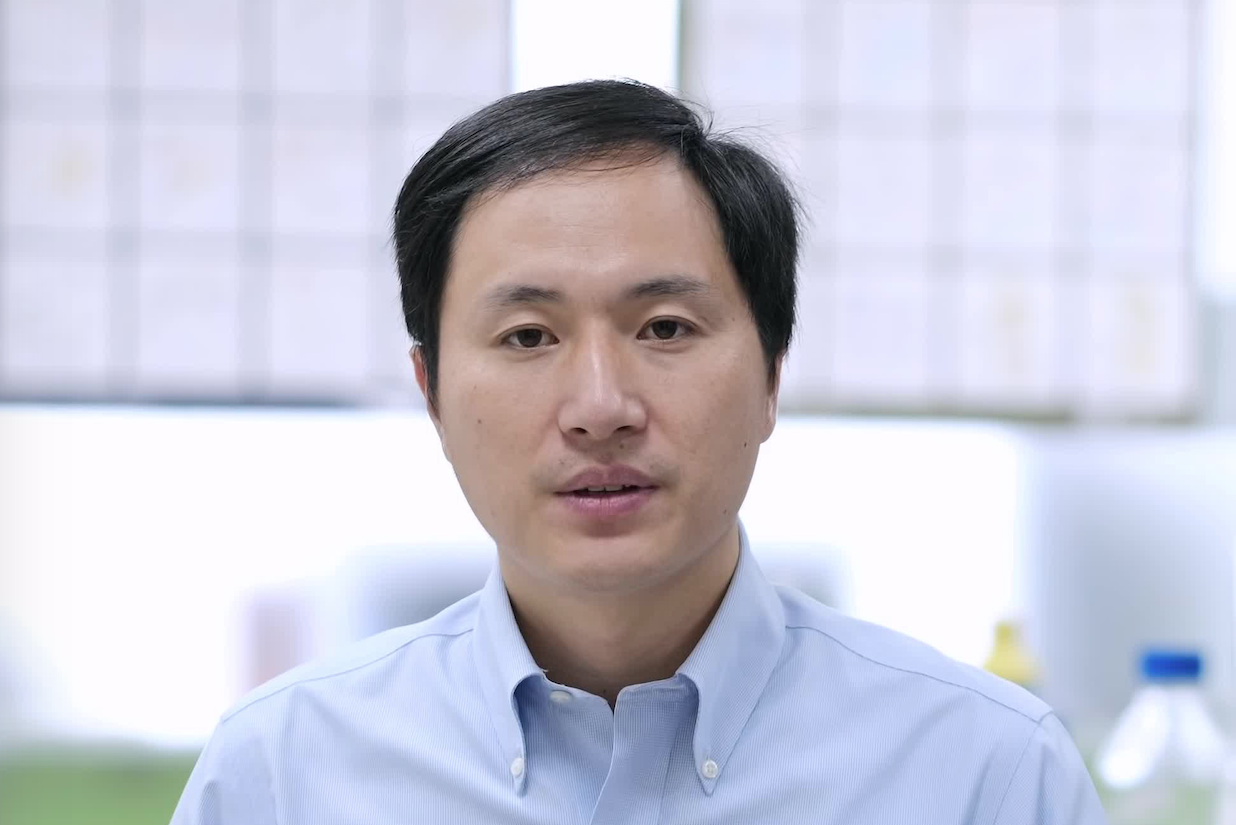 He Jiankui claims to have generated the world's first gene-edited babies. By Courtesy of Wikimedia Commons
By Luke W. Vrotsos, Crimson Staff Writer

A Chinese researcher who claims to have successfully generated the world's first gene-edited babies vowed to defend his work Wednesday after scientists worldwide — including Harvard professors and administrators — strongly condemned his actions.

In an email to The Crimson, He Jiankui wrote he is working on a paper that will respond to criticism that his gene-editing of human embryos violates ethical standards. He's email appeared to mark his first public communication in at least a week — and came after multiple news outlets reported the scientist had seemingly gone missing.

“I will publish my paper and this question will be answered in my paper,” He wrote in an email sent Dec. 5 at 6:05 a.m. Eastern Standard Time. He was responding to a question asking whether he wished to comment on critiques of his research.

Prior to his email to The Crimson, He had not been seen or heard from in over a week, according to outlets including the Huffington Post, the Cut, Gizmodo, and Newsweek. Local newspapers had reported that Chinese authorities had placed He under house arrest, but a spokesperson for the Southern University of Science and Technology in Shenzhen — where He had served as an associate professor — told the South China Morning Post on Monday that that was not true.

"Right now nobody's information is accurate, only the official channels are," the spokesperson told the South China Morning Post. "We cannot answer any questions regarding the matter right now, but if we have any information, we will update it through out official channels."

He sent his email to The Crimson from what appeared to be his official Southern University of Science and Technology email address. He signed the message "JK" — fitting with previous media reports that he sometimes goes by his initials.

The global controversy over He's work began last Monday at an international conference — the Second International Summit on Human Genome Editing — held at the University of Hong Kong. At the conference, He said he had successfully altered a gene in human embryos using CRISPR-Cas9, a revolutionary gene-editing technology for which Harvard- and MIT-affiliated researcher Feng Zhang '04 holds the patent.

He said he then implanted the embryos in the womb of a woman who later gave birth to twin sisters. Gene-editing of humans is illegal in countries around the world including the United States; China has now paused He's work and is probing whether the researcher violated any of its laws, according to the New York Times.

He said he used CRISPR to disable a gene called CCR5 in an effort to make the twin sisters resistant to H.I.V. He has not revealed the identity of the girls or their parents, instead dubbing the sisters "Lulu" and "Nana." Some have raised concerns that couples involved in He's research did not know about the risks of embryo editing before they agreed to participate in his study.

One of the major risks of CRISPR gene-editing is the technology's "off-target" effects — meaning the way CRISPR can sometimes lead to the alteration of genes not intended for editing. He previously said in a video that Lulu and Nana were "born normally and healthy," though no one has verified his claims.

He also said he has submitted his work to a scientific journal, but none of his research has been published to date. It is unclear whether the paper He referenced in his email to The Crimson is the same paper He claims to have submitted for publication.

“Standards were clearly violated by the Chinese scientist,” he wrote.

In an interview, David R. Liu, a Harvard professor of chemistry and chemical biology, questioned both the scientific and ethical integrity of He’s work.

“I find the both the ethical side and the scientific side of it to be pretty appalling,” Liu said.

He earned a doctorate in biophysics from Rice University and completed postdoctoral research at Stanford University.