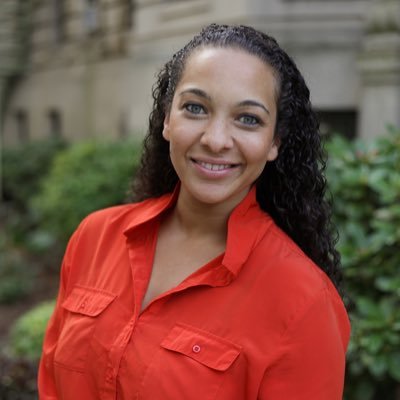 Caysie A. Carter will serve as the Title IX coordinator for The Graduate School of Arts and Sciences. By Courtesy of Harvard Public Affairs and Communications
By Shera S. Avi-Yonah, Crimson Staff Writer

Assistant Director of Student Affairs Caysie A. Carter will now serve as the Title IX Coordinator for Harvard’s Graduate School of the Arts and Sciences, the school announced last week.

Carter, who joined GSAS’s Office of Student Affairs in December, previously served as a Title IX Coordinator at Boston University. She will join Seth Avakian, the Faculty of Arts and Sciences’ officer for Title IX and professional conduct, in responding to Title IX-related complaints at GSAS.

Harvard’s 12 schools employ more than 50 coordinators to oversee the University’s compliance with gender equality provisions in the Civil Rights Act of 1964.

Carter wrote in an email she is excited about her new role.

“Since I joined GSAS in December, I’ve really enjoyed getting to know graduate students and learning more about Harvard,” she wrote. “I’ve already begun working closely with Seth Avakian in supporting GSAS students and have started connecting with my colleagues across the University who serve in similar roles.”

“GSAS is committed to providing resources for graduate students, and we’re pleased to be able to add this important student-facing position,” McCavana said. “I am delighted that Caysie has joined the team and know that the experience she brings to the job will greatly benefit our students.”

In November 2017, the Department of Education launched an investigation into GSAS for insufficient compliance with Title IX. Federal investigators are currently examining GSAS administrators’ response to a student’s sexual assault complaint against a peer.

The Education Department is also studying GSAS’s alleged failures to adopt and publicize appropriate procedures for responding to sexual assault and publish notices of nondiscrimination.

The probe joined two other ongoing Title IX investigations into Harvard, launched in 2014 and 2016 respectively.