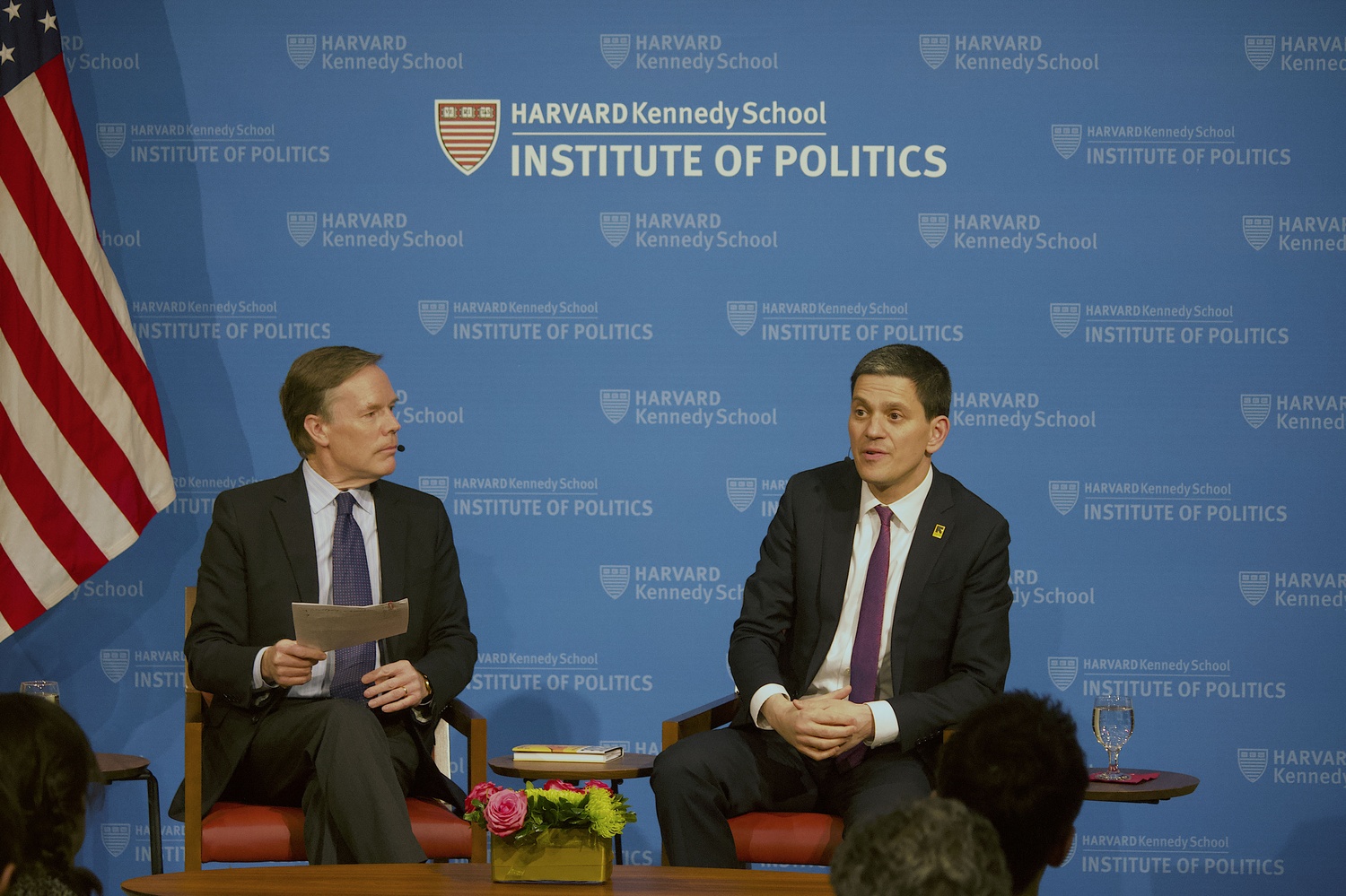 At the event, entitled “The Refugee Crisis and What Can Be Done About It,” Miliband and Burns, who served as the Under Secretary of State for Political Affairs during the Bush administration, discussed ongoing humanitarian challenges in Syria, connecting the issue to a broader “forgotten crisis” of global population displacement.

Miliband, the former foreign secretary for the United Kingdom, also discussed areas of concern for the International Rescue Committee, as well as shifting public opinion and political rhetoric on refugees in United States and Europe.

“The most striking thing about the refugee crisis is not its size, but its nature. Sixty percent of refugees are in urban areas, not in camps,” Miliband said. “The figures show that once you’ve been a refugee for five years, the average is 21 years of displacement, defying again the assumption that the job of a refugee or humanitarian system is to just keep you alive until you go home. Less than two percent of the world’s refugees went home last year.”

Burns—who moderated the event—focused his questions on Syria, emphasizing the role of the U.S. and the U.K. in reducing the impact of the country’s ongoing civil war.

“It is important for the community to recognize the crisis,” Burns said. “We can do a lot, but we’re doing very little.”

In an interview before the event, Burns noted domestic and immigration policies in the U.S. can have a significant impact on refugees.

“We’re an immigrant nation. E pluribus unum. That’s who we are,” Burns said.

A large part of the event involved a question and answer period, during which Miliband and Burns fielded queries from members of the audience.

In response to a question on the International Rescue Committee’s resources and the scope of the crisis, Miliband said part of his organization’s work involves de-emphasizing statistics and focusing on individuals.

“The question is, do we owe them anything, to people who are different from us or in need? If you have the capacity to help someone, and you don’t, what does it say about you?” Miliband said.

One attendee, Raphaelle Soffe ’21, commented on Miliband’s passion for the issue.