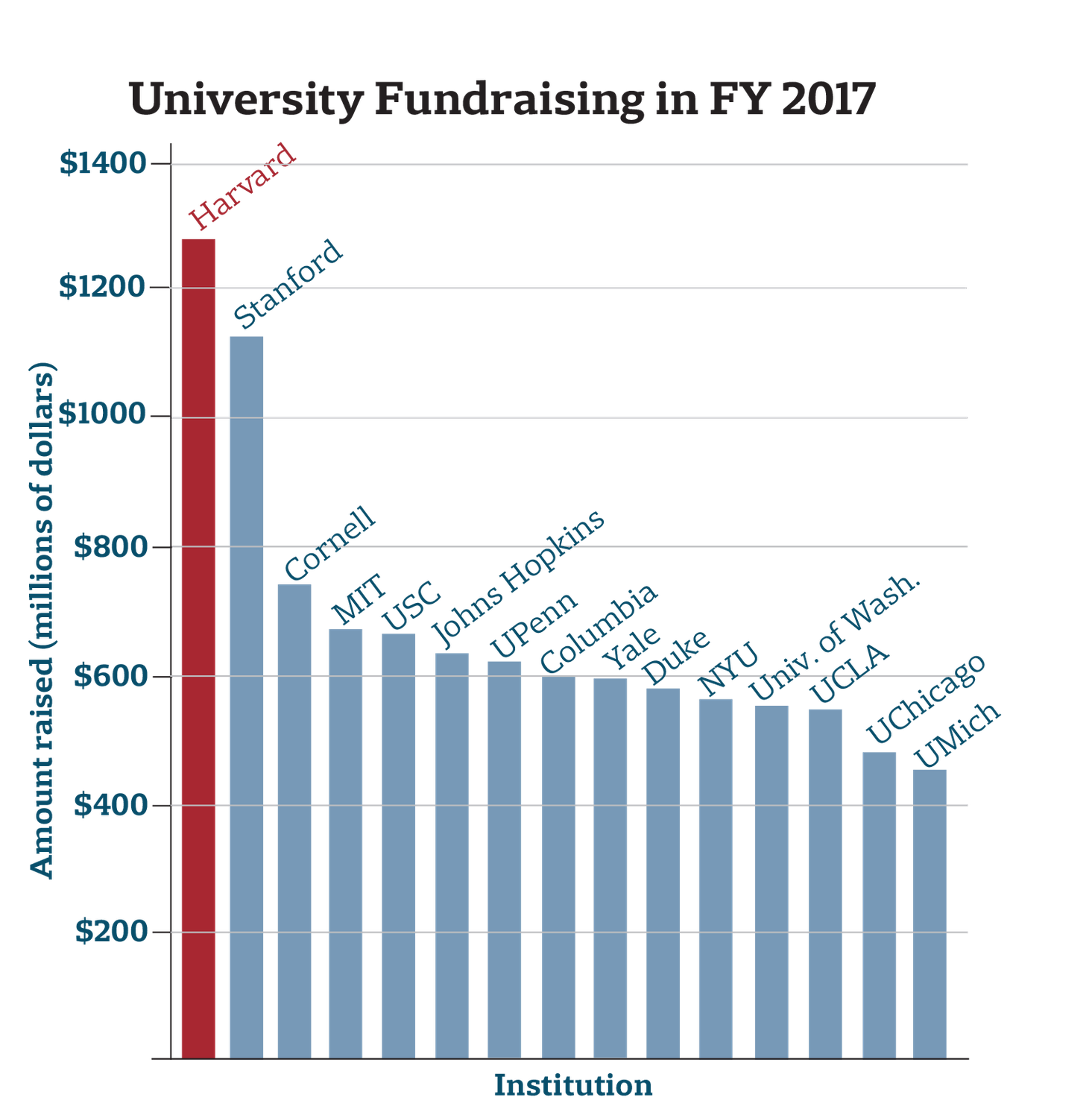 Fiscal Year 2017 marks the fourth consecutive year the University has raised over $1 billion, according to data from the Council for Aid to Education. Since the launch of the University’s historic capital campaign in 2013, Harvard has raised over $8 billion as of June 2017, far surpassing its initial goal of $6.5 billion.

In the past, Stanford University has traditionally topped Harvard’s fundraising totals, outpacing the University nine out of the past 12 years. In 2017, Stanford and Harvard were the only two schools to surpass the $1 billion mark.

Donations to American colleges totaled $43.6 billion in 2017, displacing the $41 billion total set in 2016. The top 20 highest-earning institutions—comprising less than 1 percent of the nation’s colleges— raised $12.23 billion, or roughly 28 percent of all donations. The list of 20 schools include five Ivy League schools: Columbia University, Yale University, the University of Pennsylvania, Cornell University, and Harvard.

A strong stock market contributed to higher personal giving, according to the Council for Aid to Education. Gifts from alumni of American colleges rose by 14.5 percent to $11.37 billion, accounting for 26.1 percent of total giving.