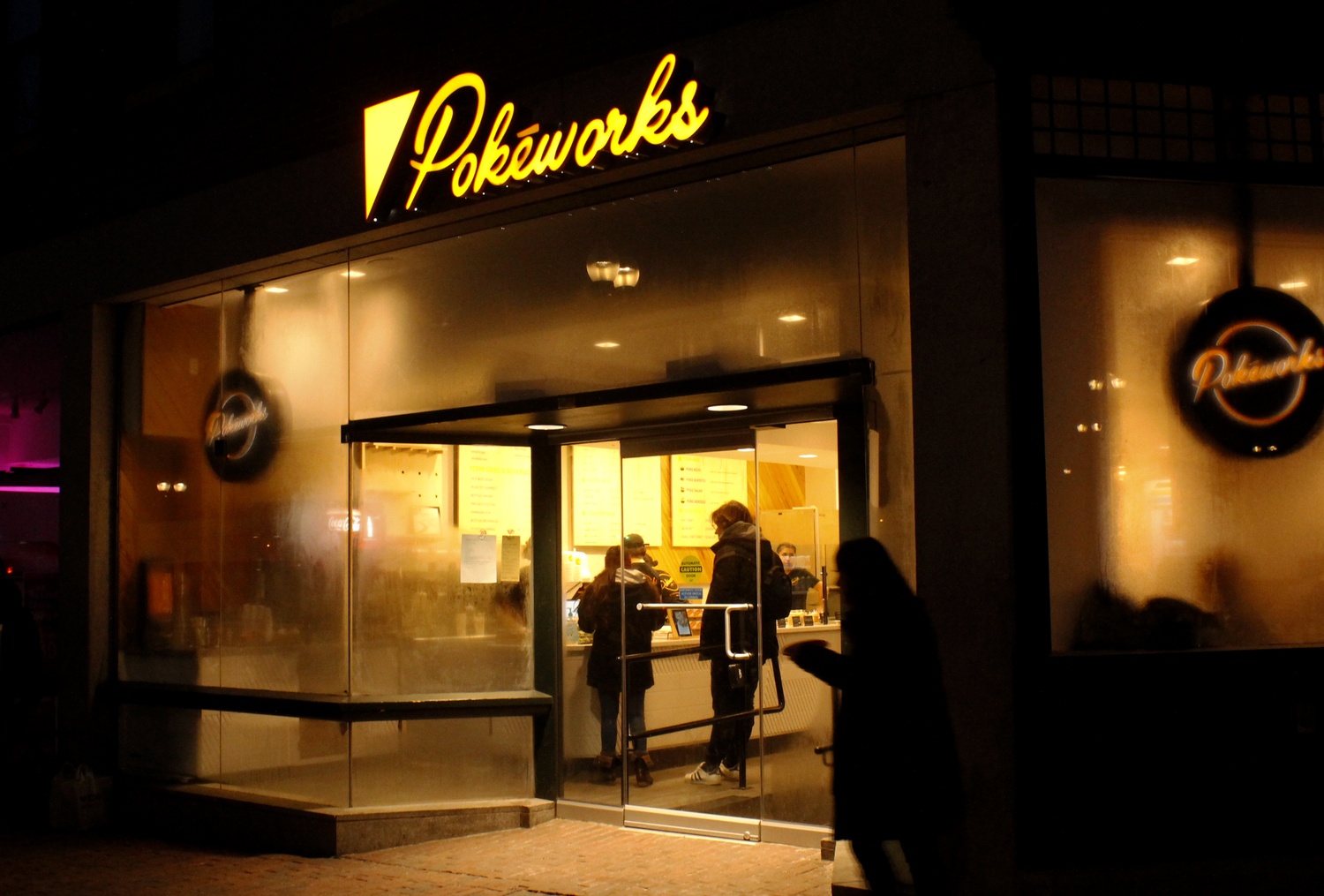 Pokéworks, a poke fast-food chain, opened its doors at 1440 Massachusetts Ave. for the first time last week on a stormy day when many stores closed in preparation for a nor’easter.

Poke, a raw fish salad native to Hawaiian cuisine, has in recent years spiked in popularity across the United States. As of 2018, multiple fast-casual restaurant chains specialize in the dish.

Originally a New-York based chain, Pokéworks now has 18 locations in the U.S. and one in Canada—as well as several new restaurants slated to open soon—according to its website. Pokéworks claims to be the largest and fastest-growing poke chain in North America.

The newest addition to Harvard Square offers up its namesake Hawaiian dish in a rice bowl, burrito, or salad with either chicken, tofu, or one of five types of seafood.

The Harvard Square Advisory Committee and Cambridge Board of Zoning Appeals approved Pokéworks’s application for the space in July, and the company received its fast food permit on July 27, according to Cambridge Day.

At the time, Denise A. Jillson, executive director of the Harvard Square Business Association, said she thought the restaurant’s bid was “really impressive” given the chain quickly attained necessary approvals.

The Mass. Ave space was formerly occupied by Liquiteria, a smoothie company based in New York, but has sat vacant since that store closed last fall.

Some students welcomed Pokéworks as a refreshing shift away from other, more conventional square eateries. Emily Chen ’19 said she liked the change from Liquiteria to Pokéworks because the chain offers food she can easily pick up when she in a rush.

“It’s slightly different from the other types of food offered in the Square in that it’s really casual, and really easy to grab, and also customizable,” Chen said.

“I had only had poke once before, and I thought that it was pretty adequate,” Garzon said. “For a quick meal, and for a change from the usual Jefe’s and Felipe’s, it was a good way to go.”