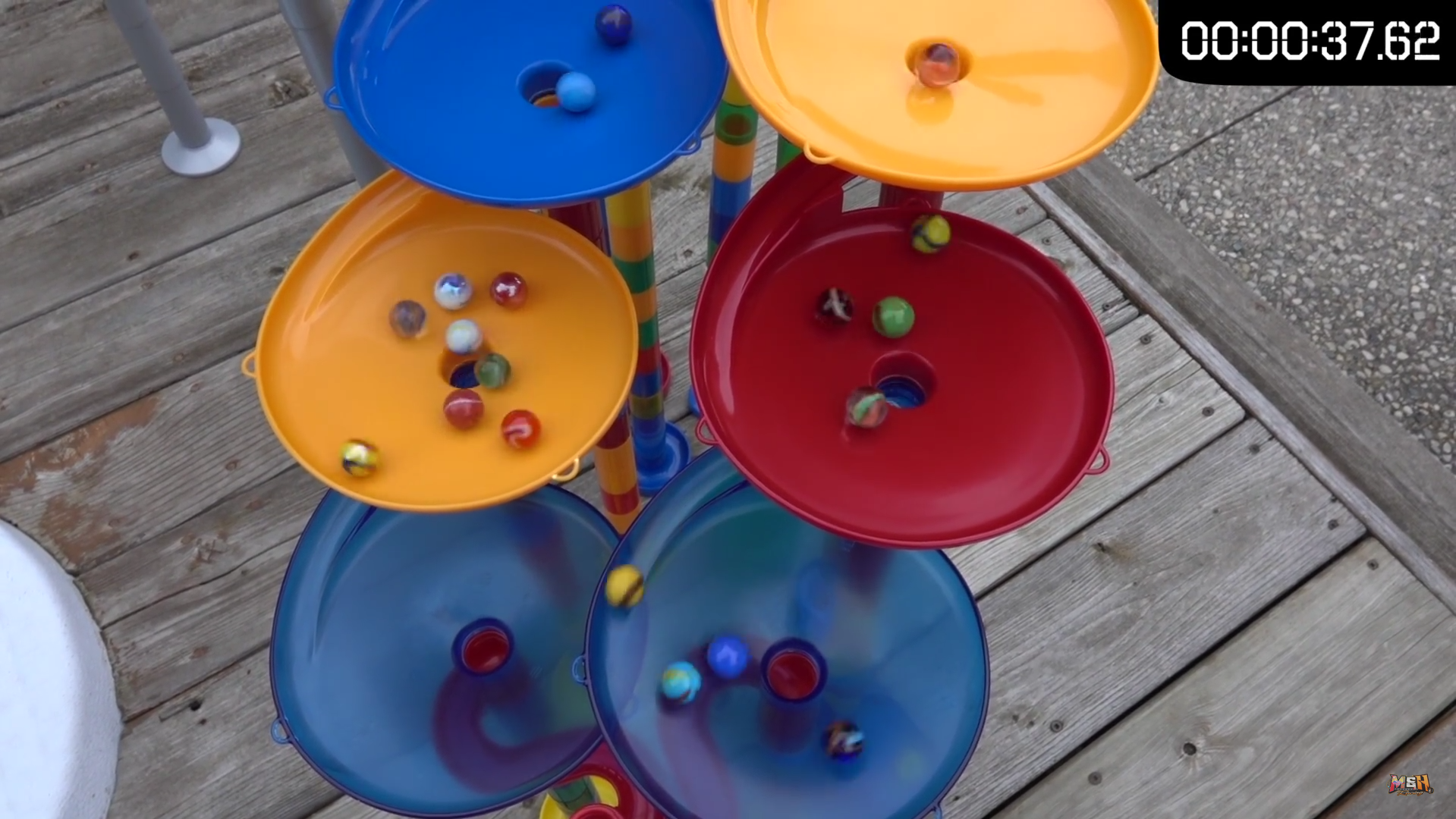 Sometime around when Chloe Kim won a gold medal at the 2018 Winter Olympics, I showed a friend of mine a YouTube channel. While waiting for the shuttle, he watched a series of assorted marbles skate, skip, and zoom through elaborately planned racetracks filled with bends, gates, and other obstacles meant to slow down literal balls of glass.

“What is this sport?” he asked.

“You just called it a sport,” another friend said.

This is marble racing. It was constructed by Jelle Bakker, who runs a Netherlands-based YouTube channel called “Jelle’s Marble Runs.” The name is pretty self-explanatory: Bakker makes marbles compete against each other. He creates tracks in different terrains for them to compete across. They might be battling it off in self-contained plastic contraptions. Or they might be racing through paths that Bakker has dug into sand. No matter what the field, there is one thing for certain: Aside from the laws dictated by physics, these races are entirely random.

Which makes sense because the competitors are marbles. There is no way for them to prepare for these races—which last for just a few minutes—because they are inanimate objects. You can complain in the comments section, and you can call the game rigged. At the end of the day, you are still getting angry at marbles, which might actually be the most compelling aspect of marble racing.

I was first introduced to marble racing sometime during finals week last semester. I immediately got attached to one cerulean-colored marble named Comet, and found myself quietly cheering it on as it zipped its way through the field. I can’t blame this reaction on my sleep-deprivation-induced haze because in all honesty, whenever I see Jelle’s Marble Runs, I still find myself adamantly rooting for Comet.

This is probably because Bakker puts in an awe-inspiring amount of effort and energy into constructing these races. According to his website, Bakker has autism, and marble racing became his childhood passion as he hunted for track parts in toy stores and thrift shops. Now, he is the mastermind behind marble racing contraptions of amusement-park proportions. “It remains fascinating to see how the marbles make their way through the project,” Bakker’s website, roughly translated by Google from Dutch, says. “Especially the noise that the marbles make when they roll over different types of tracks (rails, vacuum cleaner hoses, tubes) and collide with objects such as bells, gongs, woodblocks, nails, etc.” Greg Woods is the announcer to these marble races, providing commentary in the voiceovers with vigilance.

Regardless of whether or not you scoff at the concept or are one of Bakker’s 399,000 subscribers, marble racing is a testament to what people are capable of—a validation of people’s passions, no matter how obscure. It’s refreshing to see someone put in so much time and care to something that probably brings hundreds of thousands of people some simple joy, a brief moment of unity in the comments section. The 2018 Winter Olympics may be over, but marble racing goes on year-round.