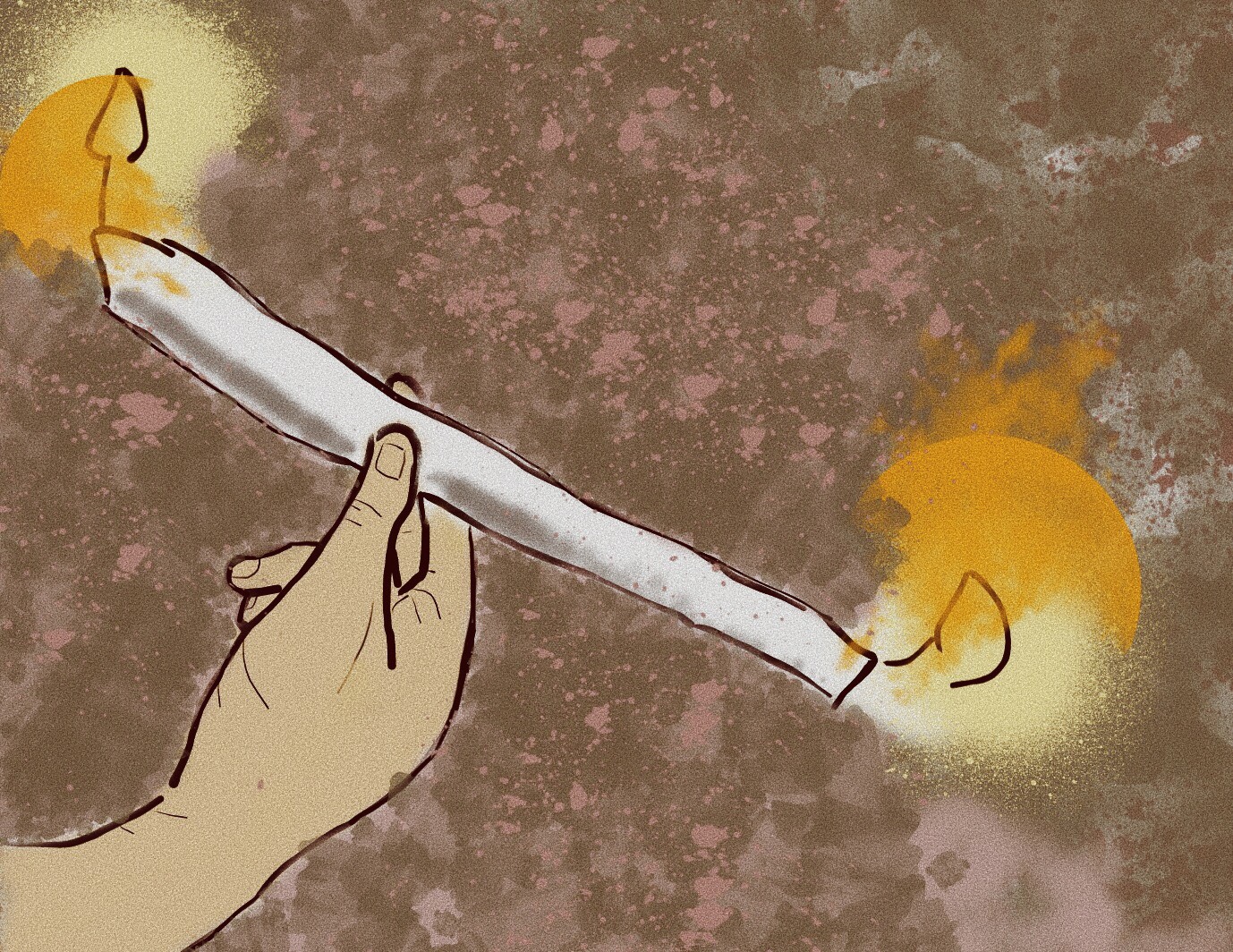 In Claverly Hall, in Adams House, there is an elevator that will not be there three years from now. In 2019, Claverly Hall will be redesigned as the first hall in Adams to undergo renovation.

It is an old elevator made by F.S. Payne Co., the kind of elevator with a cage door that you pull shut before you go up. It has a capacity of 1,000 pounds and moves at 100 feet per minute. It is a little more than four feet by a little less than three feet.

There is a crinkled paper sign taped next to the elevator that tells you to be gentle. “Please do not slam or force doors or gate,” it pleads. Repairs are expensive and replacement parts are hard to come by with elevators this old.

Seeing the in-between and being in the in-between feels odd. You’re witnessing something atavistic and transient as you stare at those walls moving into and out of sight. Being in-between for one second and then another.

I heard about the Claverly Elevator poem before I saw it. I live on the first floor of Claverly, so I initially had no reason to take the elevator. But when I heard that there was a poem painted on the walls between the floors, I had to take a look. I don’t come across many poems written in elevator shafts.

My candle burns at both ends;

It will not last the night;

It gives a lovely light!

The painter didn’t leave the name of the poem or the poet, so I looked it up. It’s from a poem called “First Fig” by Edna St. Vincent Millay, who won the Pulitzer Prize for Poetry in 1922. According to her obituary, Millay was found dead at 58 after a heart attack at the foot of her stairs. Maybe an elevator poem is an appropriate memorial. Or a sharp irony.

It’s hard to read the poem on first ascension because the elevator moves up at 100 feet per minute whether I’m reading or not, so I only have three seconds to look at the walls in between the floors. (Keep in mind, the poem is written with white paint on brown wall, and there are metal bars intersecting my sightline. And I’m moving.)

So I take the elevator up and then down so that I can take it back up. And then down. I’m focused on the words painted on the walls and trying to keep them still as everything else is moving. I’m trying to grasp the in-between, but it’s only giving me three seconds.

Whoever painted the poem didn’t leave a name. She or he didn’t paint a date or a signature to mark when and by whom the poem was painted. I’m dwelling on this.

How do you decide to paint a poem on an elevator shaft? How do you pick the poem? How do you stop the elevator? How long does take? How sore do you get? How hot are the lights, and how much do you sweat?

Why do you paint a poem on an elevator shaft that only comes to light three seconds at a time?

I found Will M. Skinner ’09 after sending out over 100 emails. (Is there any other way to investigate an unsigned poem?) I typed random, generic names into the Harvard Alumni portal—Sam, Alex, Sarah—and filtered by “Adams House” and by recent years. Then I emailed everyone I found. That’s how I emailed Sarah (Sally) Anne Morrell ’10 about a poem in an elevator. She connected me with Will.

“I spent a lot of hours in that creepy elevator. Up and down and up and down. Watching the walls scroll by,” Skinner says on the phone. “Then that occured to me: ‘Oh, that’s the perfect unoccupied space that could have something beautiful on it.’”

He painted the poem as a senior during “dead week,” the time between exams and graduation, a period he says was “a very strange, liminal space.” It was “a time that was very scattered. You’re thinking about a lot of places where you’re not, thinking about what’s coming up next, thinking about missed opportunities.”

Skinner says he chose “First Fig” because the poem sums up his approach to life. “I’ve never been much of a planner. I’ve never been much of a long-term worrier,” he says. “I’ve always been much more of a person who just is like ‘Wow, life is beautiful and impermanent and time is short and who knows what’s gonna happen next? Maybe I’ll get hit by a bus. So, let’s make a beautiful light right now. Let’s enjoy the moments we have.’”

He says it took him over eight hours to paint the poem, partly because he had “a very small brush.” He laughs at the absurdity of the whole endeavour.

“It was sort of meditative and quiet and solitary,” Skinner says. While on the edge of the next big step in his life, about to graduate from Harvard, he was focused on leaving something behind for someone else by painting for eight hours in an elevator shaft.

The trick, according to Skinner, is that if you open the gate while the elevator is moving, it stops. A pause between the floors.